Home/Seminaries/Doing Good in the Global Community
Previous Next

Eileen Maguire, HCHC Academic Services Coordinator, recently returned from her fifth mission trip to Haiti. As one of ten Catholic missionaries, Eileen spent nine days in L’Asile, a mountain village that was in the direct path of Hurricane Matthew last October and suffered massive damage. The main church had its brand-new roof blown off and needed major interior repairs as well. Eileen’s group replaced the altar and pews and had the joy of being among some 500 people who attended the first Mass held in the church since October. The group also visited the sick and the elderly of the village and played with the children. 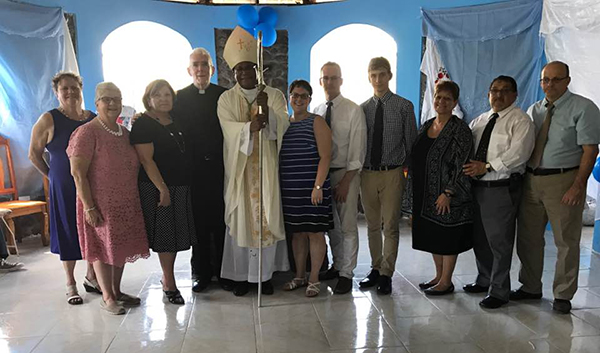 Reflecting on the experience, Eileen says, “Despite all the major natural disasters, the extreme poverty, and limited resources, it is the faith and belief in God that gives the Haitian people great strength and peace.”