Lent | A Time of Preparation

Home/Ministries/Lent | A Time of Preparation
Previous Next

Lent | A Time of Preparation 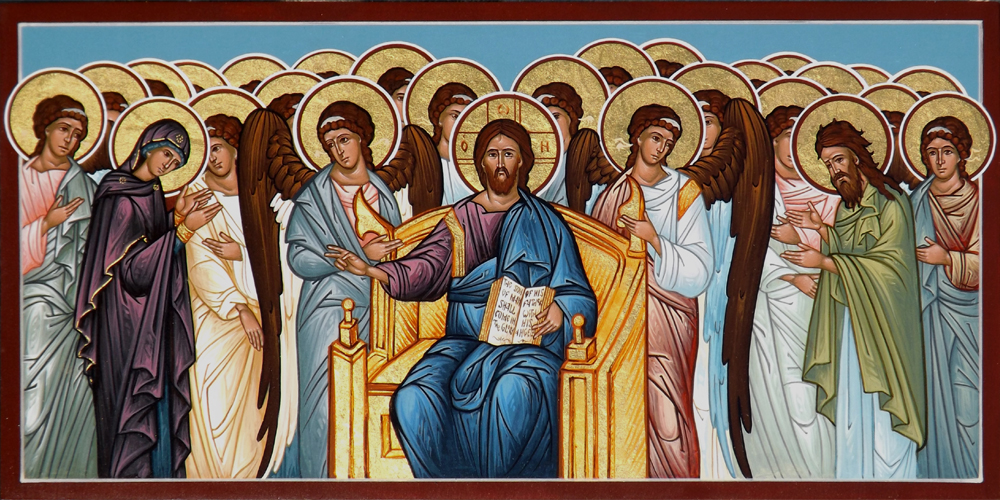 Icon by the hand of Dn. Matthew Garrett. Used with permission.

Well, here we are. It’s Cheesefare week. Lent is right around the corner.

The Orthodox faith is one of preparation. We’ve been moving through the pre-Lenten cycle of services and readings for a few weeks now. We’ve heard the story of Zacchaeus, who climbed the sycamore tree that he might see Christ; the story of the breast-beating publican and the self-aggrandizing Pharisee; the story of the prodigal son, who squandered his father’s inheritance away, only to return again in humility; and this past Sunday, the Sunday of the Last Judgment, we heard about how will we be judged, when we finally come before the Lord.

Much like Lent, that final Judgment Day is coming, which is undoubtedly terrifying. Nobody wants to spend a lick of time thinking about that, but we’re going to ponder it for just a second. Because it’s all too easy to say, “Okay, yeah, there’s a final judgment, and it’s coming…but, it’s really coming eventually. So I’ll get ready for it tomorrow–ah, actually, I have a thing tomorrow. How does next week look for you?”

Very simply, I’d like to impress upon you the urgency of our situation. You’ve likely heard that “you know neither the day nor the hour,” but don’t forget from where that Bible verse comes. Matthew, Chapter 25, the parable of ten maidens. If you don’t recall it, you can read it here, but if you do recall it, then you know it isn’t a parable about judgment and fear, about salvation and damnation.

It’s about preparation. We’ve been in the pre-Lenten cycle for weeks, and to prepare for what? Lent…which, you know…prepares us for Pascha. The Orthodox Church is one of preparation.

As such, one week before Lent truly begins (and remember, the meat fast has already begun this week), I’d like to encourage you to prepare. When Lent comes, if you haven’t thought at all about the effort you’re going to undertake, the discipline you’re going to impose upon yourself–if you haven’t yet generated that burning desire in your heart that says, “Yes! I will do this!” you will undoubtedly falter. If you don’t get ready for Lent, whatever your unique this is…it’s almost impossible to preserve it.

As such, my encouragement to you is to prepare for Lent. Examine how you eat at college and what level of fasting is possible for you. Consider fasts from technology, from private sins. Consider reading a book from the Church Fathers, or listening to a podcast. Pray and ask for guidance and support during this upcoming season of preparation.

If I may, I’d like to supply one quick thought on what you’re about to undertake. I’ve encouraged you to spend time during your week planning your next six-ish weeks. Perhaps you are someone who does this regularly–I know, certainly, that I am not. I want to help prepare you for one of those inflection points, one of those inevitable obstacles that arises in the face of any grand plan or resolution.

I’m not going to spin this a different way for you. When you sit down with your friends at the cafeteria without any meat, or perhaps without any meat or dairy on your plate, people might notice. They might say something; they might not. They may understand, if you explain; they may not.

But even beyond looking different, you’ll have to force yourself to do different things as well. You’ll have to break your routines, question your regular activities, examine your life through the new lens of your Lenten effort.

You’re going to be different, too.

And being different is so tough. I would argue that the driving force that pulls us away from the faith is the unquenchable desire to be the same. Not fully, mind you–not a mindless copy of other individuals, but the desire to be seen as ordinary, regular, a member of our peer group, integrated into society. The inevitable pull of college isn’t necessarily away from church, but towards college. We want to be accepted.

But if there’s anything the pre-Lenten readings tell us–and I’ve heard those readings were about preparation–it’s that being different is good. We should be different.

Zacchaeus climbed the sycamore tree when nobody else was, because he was short and couldn’t see Christ–he was different, a tax collector, spurned by the people around him. But Christ dined with him anyway. The publican could have seen the Pharisee, the exalted one of his peer group, the apparently ideal person, and he could have mimicked the Pharisee–but he did not! Instead, he did what he knew was right. The prodigal son, wallowing in the pigpen, had to stand up among the pigs and say to himself, “I am not one of these. I will return to my father, where I was truly myself.” In a serious Lenten undertaking, you are going to seem different to your peers, and you are going to feel different.

Find some alone time this week. Put your phone on silent and in your bag. Make sure nobody around you is distracting you. Look in yourself. What effort does the core of your being want to undertake this Lent? Do you have the means to manifest that in every day of your life? If so, how will you accomplish it? And for what inflection points, for what inevitable obstacles, do you need to begin preparing?

Lent is inevitable. So is the Judgment Day. We best get ready.