Home/Jurisdictions/February 5 is Scout Sunday
Previous Next 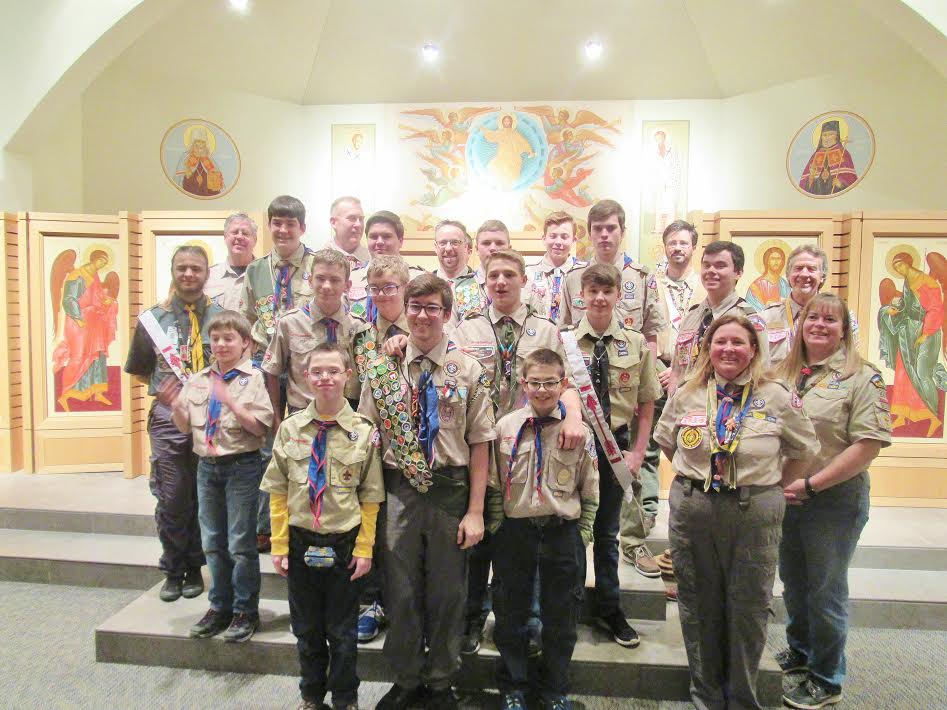 Every year since the mid-1940s, religious communities around the US have celebrated “Scout Sunday” on the Sunday before February 8.  The date coincides with that on which scouting had been founded.

In conjunction with the celebration on Sunday, February 5, 2017, the Assembly of Canonical Orthodox Bishops of the United States of America has posted a special letter on its web site.

“Orthodox Christians formally became involved with scouting in 1955, while the Eastern Orthodox Committee on Scouting [EOCS] was established in 1960,” according to Archpriest Eric G. Tosi, Secretary of the Orthodox Church in America,  a member of the Religious Task Force for Boy Scouts and EOCS, and one of six members of his family to have earned the rank of Eagle Scout.  “Today, EOCS is under the aegis of the Assembly of Canonical Orthodox Bishops of the USA.

“Scout Sunday is a special time to recognize the scouts and their leaders in our parishes,” Father Eric added.  “The great benefit of scouting has shaped our young men and women for generations and have produced some of the finest leaders we have in the Church, both clergy and lay.”

All parishes are encouraged to recognize their scouts and leaders this Sunday, especially for the tremendous amount of time they share with their respective communities and parishes.