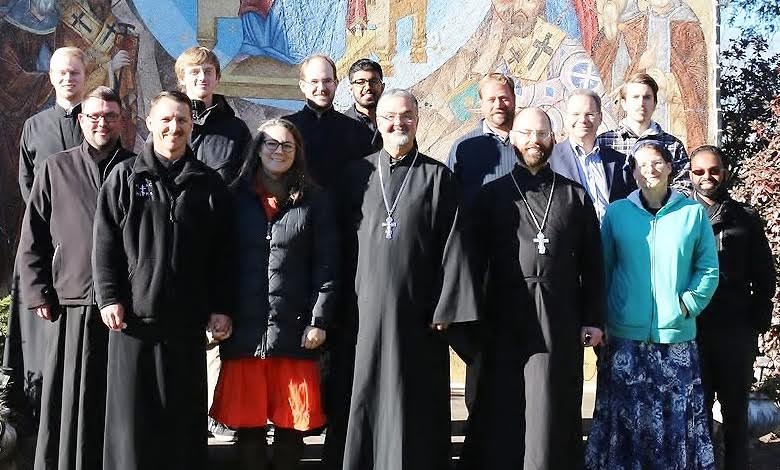 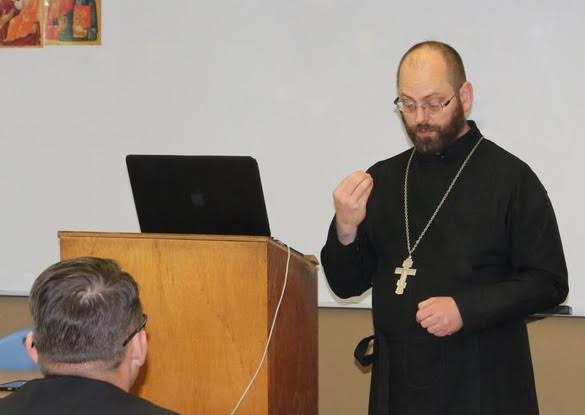 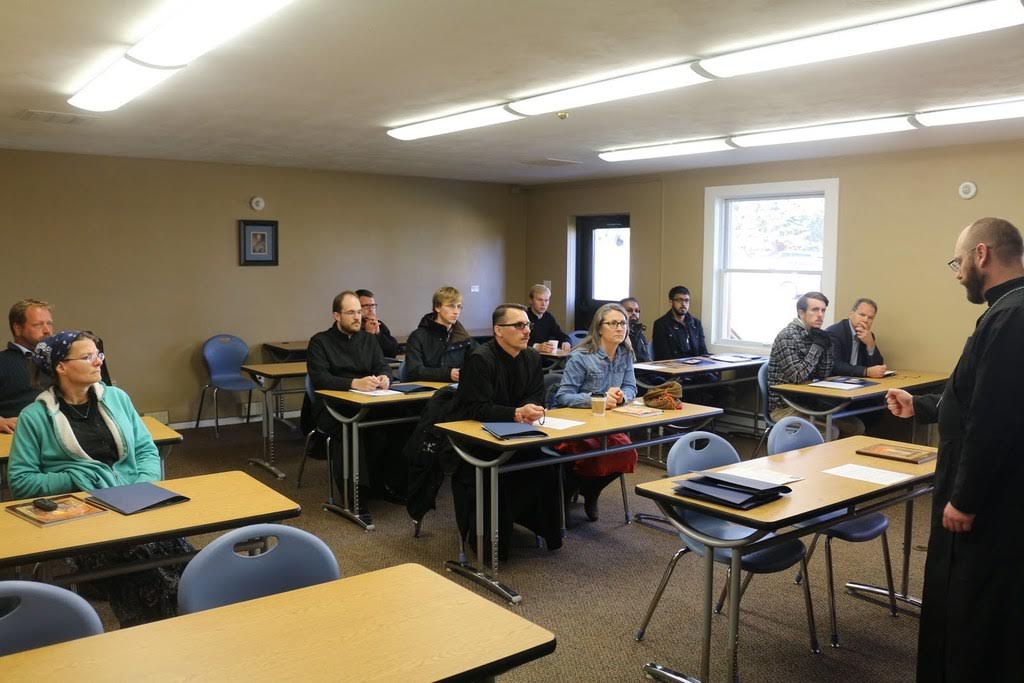 The weekend included a number of presentations on St. John Chrysostom.

“Traditionally held on Lazarus Saturday weekend, this year’s retreat was held in the fall to encourage greater participation while offering more time for participants to review and complete application materials,” said Archpriest Steven Voytovich, seminary Dean.  “From these vantage points, and from the feedback from participants, this move was certainly worthwhile.”

The theme of the retreat—“Saint John Chrysostom: Champion of the Priesthood”—was developed by Priest Ignatius Gauvain, STOTS Director of Student Life.  He focused on vocational discernment.  Dr. David Ford, STOTS Professor of Church History, amplified Father Ignatius’ presentations by sharing translations of Saint John’s correspondence with Deaconess Olympia of Constantinople, written while he was in exile.  The translations are slated to be published in the near future.

During the retreat, participants attended the Divine Liturgy during which seminarian Deacon Matthew Joyner was ordained to the priesthood.