Check Yo’ Self | The Father’s House

Home/Ministries/Check Yo’ Self | The Father’s House
Previous Next

Check Yo’ Self | The Father’s House

As many of you read seven (wow) weeks ago, I think it’s incredibly important to check in with the self. Everybody likes to talk about how formative, how incredible, and how dangerous a time college is–but when they throw around tools to use during that time, they often overlook simple introspection. Looking into yourself and asking some difficult questions: Who am I? Who do I want to become? How do I get there? Am I on that path right now?

How sweet the world would be, if we could never fall off the path–but alas, we know that is not the case. We fall off, we wallow in the ditch for a while, and eventually we are so disgusted with our life in the pigpen that we say “Hey! You know what I should do? Return to my father’s house.”

And how sweet again the world would be, if we could fall off the path just once, muck about in the pigpen just once, and only once have to realize “Father’s house = good deal.” 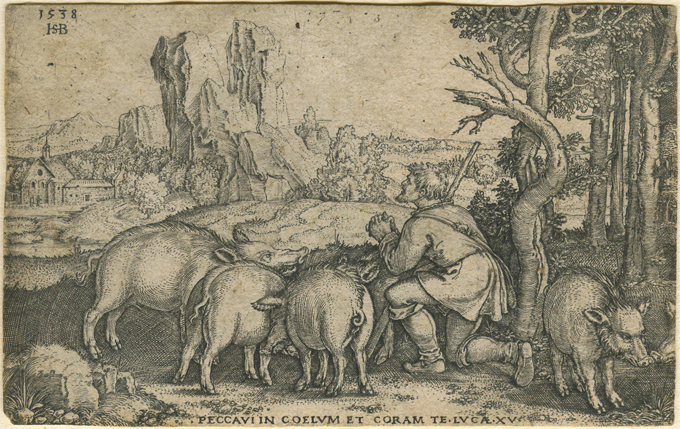 But alas, as college students, we know that is not the case. We know that our post-midterm shock and urgency only lasts so long, that flame of ‘Okay, I’ve gotta step my game up’ eventually peters out (I’m going through this right now, can you tell?). We are left, not precisely where we were previously, but close enough to throw up our hands in frustration and cry out, “Well, what the heck was the point of that?!”

So, let’s check in. Let’s look inside and try to figure out what the point of this is, this maddening oscillation between determined and browbeaten, this inescapable dance of the person we want to become and the person we are.

I, of course, cannot answer this question for you. I can only answer for myself, and hope that my investigation can help you in yours.

I don’t know about you, but I have a future that I simply cannot relinquish, no matter how hard I try. I have so many things I want to do in the future–things that I find so big and impactful and super fly and life-changing that they immediately dwarf out any little thing I’m tempted to do in the present. Those temptations–some effortlessly realized, others socially promoted, even more just-oh-so-freaking-tempting–always win in the moment, it seems. But they lose when put in the context of time. “How will this thing, this action, make me a better person in one week? In one year? In five years?” It won’t. Why would I do it, then?

And people always take that from a different angle, “College is the time to be irresponsible, to do something I wouldn’t be able to later, because when I’m older, I’ll have different responsibilities and a different role in life.” Will you? Will you have those roles, those responsibilities? Because right now, because of what you’re doing…it’s looking like you won’t.

“Because I want to.”

How common a phrase–and how disproportionately weighted it is. “Because I want to” sounds so stinkin’ real, doesn’t it? It just sounds regular and okay and reasonable.

Think of the five people in the world you admire the most. Think about this: for what reason do you admire them? Do they always do what they want to do? Or did they rather become who they wanted to become, and in that realization, they are now able to do everything they ever dreamed of doing?

I think we get stuck in that maddening oscillation–leaping to our feet in the pigpen, clicking our heels, and taking a few steps before falling flat in the mud once again–because we’re still not good at seeing the father’s house. There are too many distractions, temptations, between here and the father’s house. I think that statement will be true from now until we’re 80, too–I don’t think adulthood magically bequeaths you (I said bequeath!) with the ability to juke out the temptations and distractions on the way to the father’s house. I simply think, as you get older, you get a little wiser, a little shiftier, on every failed attempt.

So why keep failing? Why not just wallow in the pigpen?

Because we have a future we cannot relinquish–an ideal for tomorrow that validates, and even redeems the struggles of today. Because there’s a house on a hill, illumined by light, that cannot be hidden. Because we were taught there is a kingdom, a paradise, and we are not willing to lose that, not for the world, in all of its pigpen-ness.

So, I beseech you, check in with yourself. Take a few minutes, put your phone deliberately away, sit in silence and check in. Answer the tough questions: Who are you? Where are you–the pigpen, the father’s house, or on the way? Are you willing to continue picking yourself up from out of the pigpen? What concrete things are you going to do on this journey, to make it just a little further than the last?

We’ve got this. In the immortal words of the Hand of the King, Ned Stark, winter (break) is coming.