Home/Ministries/Ode to OCF
Previous Next

As a senior graduating in less than a month, my levels of nostalgia have been at an all- time high. Anything from a roommate movie night to starting the last season of The Office (I’ve been working at it for almost a year) will spark some mad feels. But what finally put me over the edge and brought on the waterworks was the final conference call of the 2016 OCF Student Leadership Board. As the outgoing chairman relayed his reflection of our fruitful year together, and the incoming chairwoman expressed both excitement and nervousness at the year to come, and Christina, our chapter relations manager, topped it off with a summary of the incredible things we’ve accomplished this past year, I was struck with the realization that when I look back on my senior year of college, it will be dominated by the memory of OCF – what we have accomplished as a board, everything our region has progressed towards, and the way in which my faith grew more than I had realized. So here is my little reflection on OCF as we get ready to pass on the torch.

To my region: I was blessed enough to be preceded as south regional leader by someone I know, admire, and love very much, so from the start it was a smooth transition and exciting position to fill. What I did not anticipate was the love, pride, and perspective I got out of this experience. The elation and pure joy that was relayed from my district leaders when a meticulously planned and advertised event resulted in 3 or 5 attendees was truly not of this world. Only someone so filled with the love of Christ would be that overjoyed at the gathering of Orthodox Christian college students and the fellowship it had to offer – whether that involved 2 or 20 people. 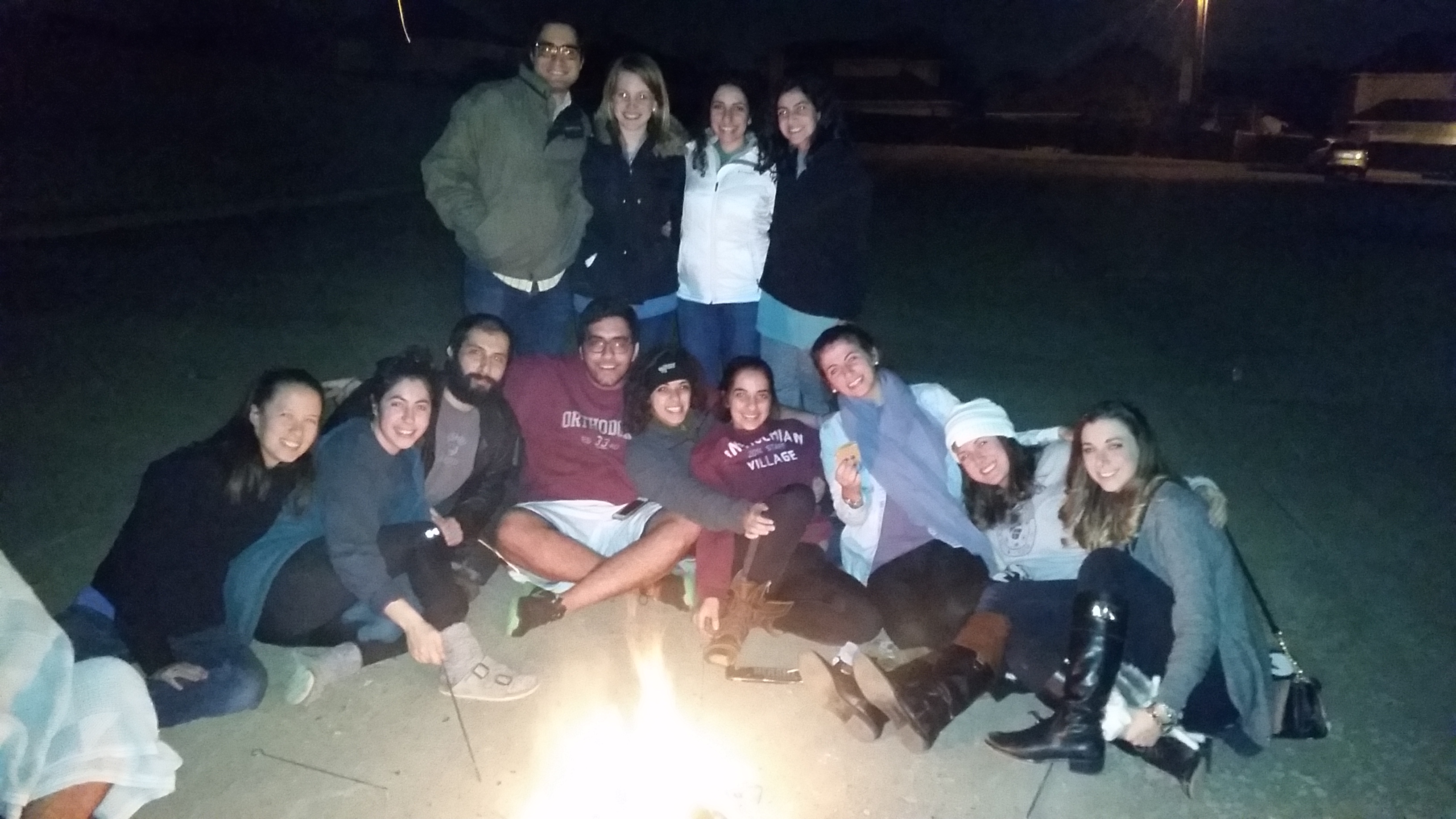 This position has equipped me with everything I need to graduate and venture into the
real world. There were so many struggles and frustrations that came with this position (answer your emails people!!), but in retrospect, every single one ended up being its own little blessing (funny how that happens). Whether that was discouragement at low turnout numbers or lack of commitment, it’s crazy how looking back, I barely remember those moments. Instead what stands out is my excitement at SLI for the upcoming year. And the awkward yet warm interactions with district leaders you finally meet in person after months of texts, phone calls, and video chatting. Or a south regional retreat at which I was constantly overwhelmed by the subtle love and faith I was surrounded by. I am in a few leadership organizations at school and I can say without a doubt that this position has better prepared me than all of those.

Which leads me to the next thing: a tribute to OCF for the ways it has helped me grow in my faith. Shameless plug: read the blog. Listen to the podcasts. Go to the events. On an
informative level, I think I’ve learned more about my faith and Orthodoxy this year than ever before. Anytime I had questions or was going through a spiritual struggle, I knew without a doubt that there would be some OCF resource to help me through it. For maybe the second time in my college career, I actually accepted and welcomed a debate when I had someone come up to me to ask me about my faith and if I had been saved, because I knew that I had enough knowledge to back myself up, but mostly the spiritual steadfastness to defend my faith. I graduate in less than a month and with that comes a lot of emotion. Nostalgia, excitement, nausea. But I haven’t yet been worried. If anything, I’ve gotten worried over the fact that I am not worried. We are always told not worry (Matthew 6:25-34) but of course that’s so much easier said than done. But the fact that I have been able to put my complete trust in God on my plans after graduation is a tribute to the impact on the strength of my faith OCF has given me. This has been done time and time again through the talks, discussions, event, and people. Definitely the people.

All the people. But then. Really specific people. 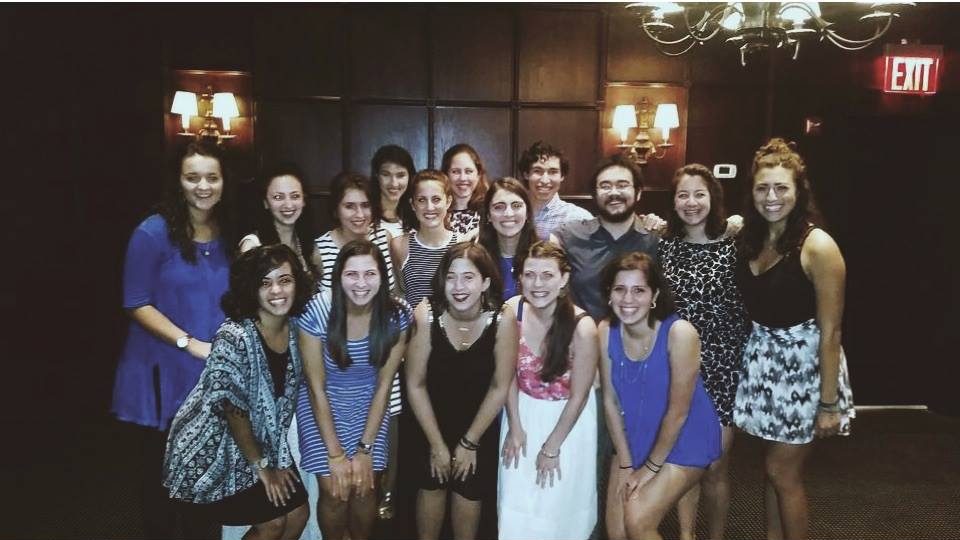 So. Last but not least. A tribute to the 2015-2016 SLB (I’m listening to the Narnia soundtrack as I type this so it’s making this sound super majestic). I knew from the beginning of SLI – where my first impression of most of you was how ravenously hunger you were and WE NEED FOOD NOW – y’all were grand human beings that I would have a lot to learn from. Everyone’s enthusiasm and faith was contagious from the beginning. A majority of you I only met in person once or twice, but I am confident I could pick up the phone right now at 12:43 AM and call any of you, and you would welcome me with open arms.

You all don’t realize how much I admire you; y’all are the people I will constantly be creeping on Facebook, and y’all are the people I will always look towards as an example of how to be a loving image of Christ. Thank you for the late night talks at SLI, College Conference, and otherwise. Thank you for empathizing with my SLB and life frustrations. Thank you for ignoring my attempted jokes on GroupMe. Thank you for the theological and spiritual insight you always have to offer over whatever subject any of us bring up. Thank you for avoiding getting charged by three moose with me. Thank you for the hilarious snapchats. Thank you for saying, “you’re in my prayers,” because that, more than anything, would give me a sense of peace through whatever was going on at the time. Thank you so so much for taking this spiritual journey with me. It’s odd, because some of those thank you’s were with certain people in mind (the moose one definitely), most were to everyone, despite the fact that some of you I barely have been able to talk to throughout the year. That’s the beauty of Orthodoxy and our faith isn’t it? It’s so easy to develop such a deep bond through this beautiful and everlasting belief that we share, and from then on, all things are possible. How else could a Student Leadership Board of this magnitude and distance work so cohesively?

Writing this has been so frustrating because there are no words to describe this experience and this love. It is an agape love – sacrificial and unconditional. It is such a divine gift. I just take comfort in the fact that if you have involved yourself with OCF this past year, you may know what I am trying to convey. So glory to God.

To the next board: good luck and God bless. You have some big shoes to fill. 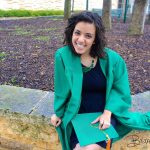 Hibbah Kaileh is graduating from the University of North Texas with her BA in International Studies. She currently serves as the South Regional Student Leader on the 2015-2016 Student Leadership Board.