St. John the Hut-Dweller | There’s a Saint for That

Home/Ministries/St. John the Hut-Dweller | There’s a Saint for That
Previous Next

St. John the Hut-Dweller | There’s a Saint for That 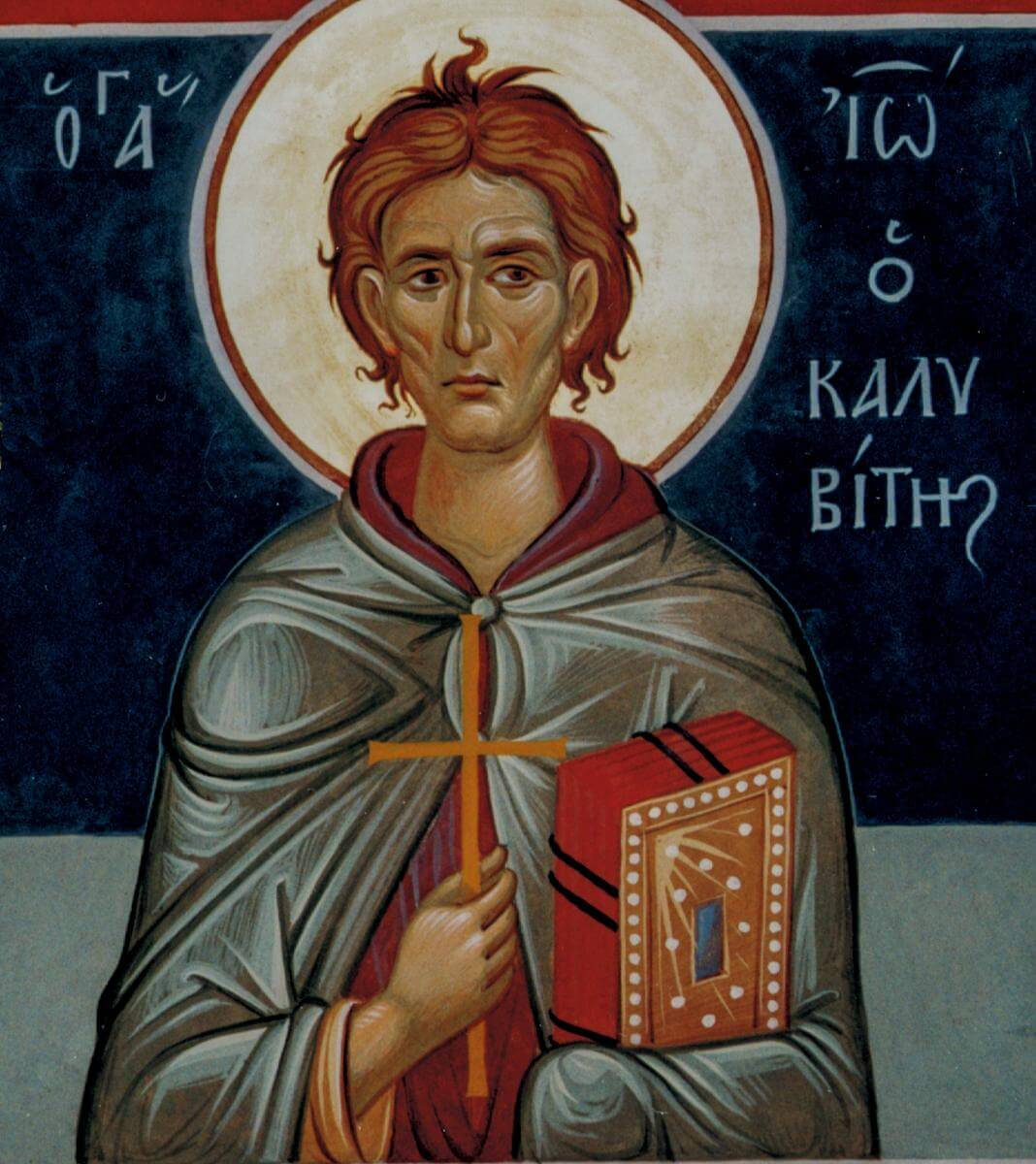 How can St. John intercede for us?

St. John is known for his love for his parents and his gratitude. Pray to him to grow closer to your family while you are away for college. Ask him to implore the Holy Spirit to give you a spirit of thanksgiving for all things.

The Life of St. John

St. John was born in Constantinople to wealthy parents in the 5th century. By the age of twelve, St. John knew he wanted to enter the monastic life. Meeting a monk on his way to Jerusalem, St. John made him promise to take him to the monastery on his way back from the Holy Land.

St. John asked his parents to use their riches to commission a copy of the Gospel. When he received the copy –– bound in gold and covered in gems —- he could not put it down.

When the pilgrim monk returned, he kept his promise and took St. John to the Monastery of the “Unsleeping Ones” (Ακοίμητοι). He received the monastic tonsure, and the fathers were shocked by the young man’s zeal in prayer, obedience, abstinence, and perseverance.

After six years, he began to undergo temptations. He remembered his parents, how much they loved him, and what sorrow he caused them. He regretted leaving them, and he was desperate to see them again.
After explaining this to igumen St. Marcellus, he was released from the monastery. Asking his blessing, he prayed with the brethren that he would not succumb to temptation in the city.

When the young saint returned to Constantinople, he dressed as a beggar to avoid being recognized and given the luxuries of his worldly life. He settled by the gate of his parents’ home, like the Parable of Lazarus and the Rich Man. His father, unlike the Rich Man, sent him food from his own table. For the three years he lived in the hut, he was insulted by the servants and braved freezing weather, conversing unceasingly with the Lord and His angels.

Before his death, the Lord spoke to him, telling him he would enter Paradise in three days. St. John then asked a servant to bring his mother to the hut, for he had a message.

At first, his mother didn’t want to come, but she wanted to know what a beggar could say to her. He explained that he would soon die and that he was thankful for her charity. Asking to be buried in rags under his lowly hut, he gave her his copy of the Gospel, saying, “May this console you in this life, and guide you to the next life.”

After showing the Gospel to her husband, they discerned that it was the Gospel they gave their son. They went back to the hut, intending to ask the pauper how he got the Gospel. St. John then told them that he is their son, and his parents wept tears of joy. He reposed in the Lord, not even twenty-five years old. His parents built a church atop his hut, and they cared for the strangers that passed through it until they reposed.

Adapted from Orthodox Church in America, “Lives of the Saints”

(Tone 4)
From infancy fervently you loved and longed for the Lord;
you therefore renounced the world and every worldly delight,
and excelled in ascetic feats.
You set the hut you dwelt in before the gates of your parents.
Therein, all-blessed struggler, you crushed the snares of the demons.
And therefore, O John, Christ has gloriﬁed you worthily.

Troparion of St. John the Hut-Dweller

Having loved that poverty which no one can rob, you turned down your parents’ wealth, O John. Taking the Gospel of Christ in your hands, you followed Him; now pray for us unceasingly.