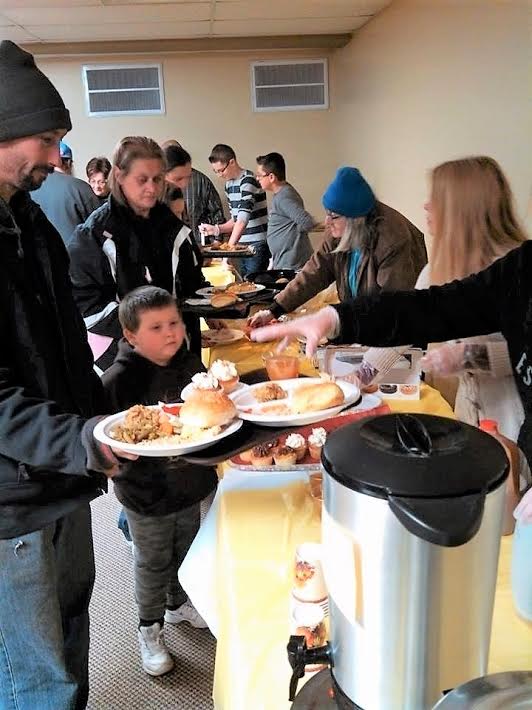 The Orthodox Church in America’s Department of Christian Service and Humanitarian Aid [CSHA] is pleased to announce the addition of an inspiring new article in OCA’s Parish Ministry Resources highlighting the work of Orthodox Detroit Outreach, an inner-city inter-Orthodox outreach ministry.

“The history of parishes established in urban settings during the 20th century shows that many have faced significant changes over the years with major demographic shifts,” said Donna Karabin, CSHA Chair.  “While there are many persistent challenges for clergy and laity alike, there are also boundless opportunities for Christ-like service to those most in need in their surrounding neighborhoods.”

The article—titled “Serving the Poor: Orthodox Christians Coming Together as Community in Southwest Detroit”—relates the unwavering commitment to serve others who are struggling to survive in the inner-city.

“The Orthodox parishes in and around Detroit partnered to establish Orthodox Detroit Outreach [ODO] with a goal ‘simply to love God and our neighbor,’” said author Janet Damian of the ODO’s Outreach Leadership Team.  “We extend the Church beyond the confines of the parish and bring it to our neighbors in need, coordinating volunteers to feed the hungry, clothe the naked, welcome the stranger, and give everything we have for the benefit of those who need it the most.”

The hub of ODO’s ministry is the OCA’s Saints Peter and Paul Cathedral, where partner parishes from the suburbs send food and volunteers to serve at lunches every Sunday afternoon.  Archpriest Paul Albert is the Pastor and ODO Spiritual Advisor.  The mission and hospitality of Father Paul and the faithful men, women and youth of the cathedral sustain the outreach that has fed thousands since its start in 2011.

“We are working hard at Saints Peter and Paul with a new vision and paradigm of urban ministry for Christians to serve, providing a venue for people who are called to be missionaries in the city through prayer and service,” writes Janet in the article.  “May the Lord bless the ongoing cooperative work of Saint Peter and Paul Cathedral and all the parishes of Orthodox Detroit Outreach.”