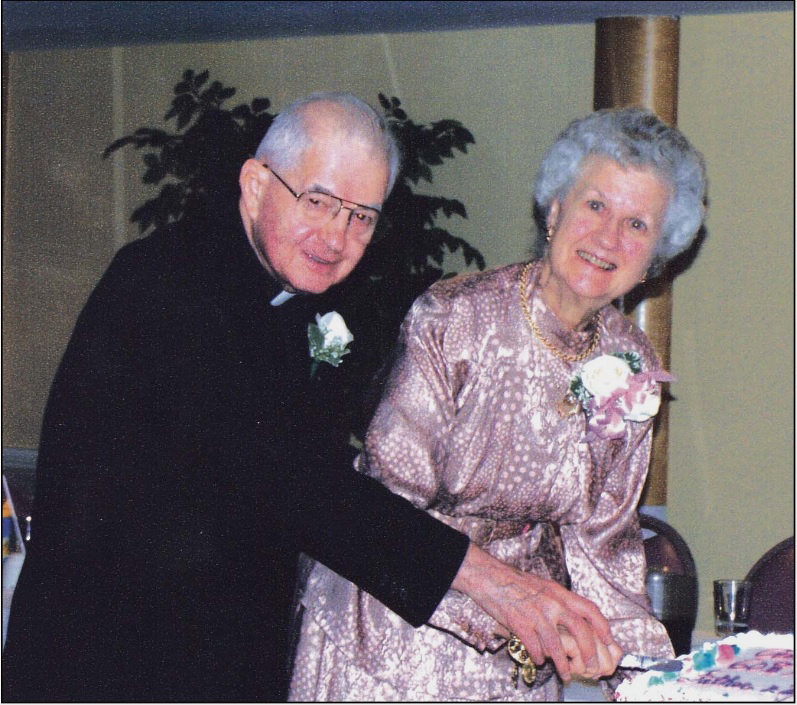 Father Elias was born on January 19, 1926 in Dickson City, Pennsylvania, the son of Elias, Sr. and Anna Kozar. On January 25, 1948 he was married to Anna Yanoscik and he was ordained  to the Holy Priesthood by His Eminence, Metropolitan Orestes Chornock on February 1, 1948 in Saint Nicholas Orthodox Church on 10th Street in New York City. He was elevated to Protopresbyter in October, 1976 by His Grace, +Bishop John Martin.

Father Elias served as Dean of the Eastern Seaboard Deanery which consisted of New York, New Jersey and Connecticut and President of the Westchester, NY Orthodox Clergy Fellowship. Father Elias’ service to our Diocese included being a Consultor to the Bishop, a memberof the Consistory and the Board of Trustees. For many years Father Elias also served as Orthodox chaplain to Yonkers General Hospital and Saint John’s Riverside Hospital.

Upon his retirement on Sunday, August 28, 1996, Father Elias was named Pastor Emeritus of  St. Mary’s Church in Yonkers, NY which he faithfully served for forty five years,  by His Eminence,

+ Metropolitan Nicholas and served his last Divine Liturgy on Sunday August 28, 1996. While retiring from active parish ministry,  Fr. Elias continued to serve as needed in parishes of our Diocese and other jurisdictions.  With his linguistic skills and proficiency in various languages, he was of great assistance to parishes of the Greek Orthodox Archdiocese of America.

Fr Elias is survived by his beloved wife of 69 years, Pani Anna, sons, Paul, Russell and Lawrence and numerous grandchildren.

May our good God grant blessed repose and rest eternal to His faithful servant, the newly-departed servant, The Priest Ronald and render eternal  his memory, Vicnaja Jemu Pamjat!,