2017: Year of Protection of Childhood

Home/Jurisdictions/2017: Year of Protection of Childhood
Previous Next

2017: Year of Protection of Childhood 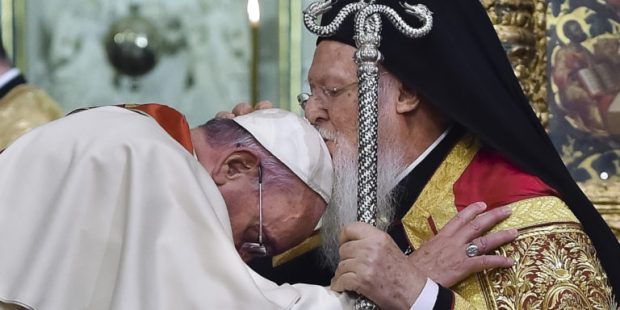 In his Christmas encyclical, the Ecumenical Patriarch Bartholomew proclaimed 2017 as the year of Protection of Childhood. “We appeal to all of you to respect the identity and sacredness of childhood. In light of the global refugee crisis that especially affects the rights of children; in light of the plague of child mortality, hunger and child labor, child abuse and psychological violence, as well as the dangers of altering children’s souls through their uncontrolled exposure to the influence of contemporary electronic means of communication and their subjection to consumerism, we declare 2017 as the Year of Protection of the Sacredness of Childhood, inviting everyone to recognize and respect the rights and integrity of children”.

In his homily on Christmas Eve, Pope Francis reflected on the mystery of Christ’s nativity, inviting people to be challenged “also by children of today’s world, who are not lying in a cot caressed with the affection of a mother and father, but rather suffer the squalid ‘mangers that devour dignity’ hiding underground to escape bombardment, on the pavements of a large city, at the bottom of a boat overladen with immigrants”. Children “who are not allowed to be born, by those who cry because no one satiates their hunger, by those who do have not toys in their hands, but rather weapons”.

On Christmas day, in his Christmas message “Urbi et Orbi”, he made a special request for the well being of children. “Peace to the children, on this special day on which God became a child, above all those deprived of the joys of childhood because of hunger, wars or the selfishness of adults”.

Thus, on Christmas 2016, both Pope Francis and the Ecumenical Patriarch Bartholomew spoke about protection of childhood in perfect symphony.