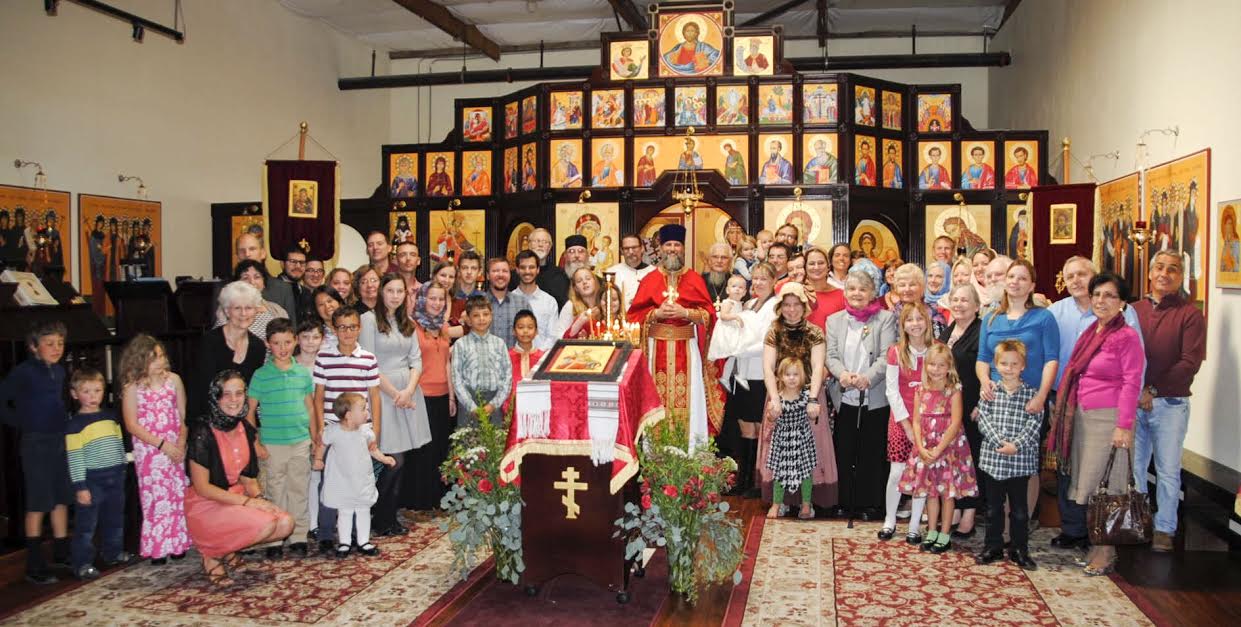 As a five-year old mission parish in southern California, Saint Katherine of Alexandria Mission resembles many OCA communities—a mix of converts, life-long Orthodox Americans and immigrants.  Yet this past year, this Planting Grant mission did something very special: it sent its priest to Russia for his first-ever visit!

“The parishioners knew any Orthodox priest stands to gain enormously by seeing a mature Orthodox culture,” said Priest Andrew Cuneo, Rector of Saint Katherine’s.  “We all draw from models, from templates, and as the poet Ovid once said, we cannot desire what we do not even know.  To know Russian Orthodoxy is an eye-opening experience!”

While only Father Andrew and Matushka Elizabeth enjoyed the trip, the entire mission’s membership helped to make it “happen.”  Parishioners from Russia offered advice, provided gifts for the Cuneos to give to their hosts, and even sponsored the purchase of many beautiful liturgical items for use “back home.”

“What was most important, of course, was that we were able to see Orthodoxy on a exponentially grander scale,” Father Andrew explained.  “That scale was powerfully obvious in the festal celebrations at the Holy Trinity-Saint Sergius Lavra in Sergiyev-Posad and later near Christ the Savior Cathedral in Moscow, where a 2000-strong choir sang for the Patriarch. “

As a result of the trip, American-born parishioners are considering similar trips.

“A lifeline to a traditionally Orthodox country can do wonders to deepen the spirituality of those of us living in America,” Father Andrew added.  “Recently, our mission was blessed to host the myrrh-streaming Icon of the Theotokos, the ‘Softener of Evil Hearts,’ from Moscow to pray with 200 faithful, that our hearts would be affected in the way they need to be to experience and share Christ.  It was entirely appropriate that one deacon told me just before the service, ‘Father, go speak a word right now to let them know what kind of icon is before them.  We need to warm up our hearts before we begin the service to the Theotokos.’

“During her visit, Sister Anastasia recounted the work of the 118 nuns and approximately 300 lay sisters, and thousands of workers who tend to the homeless, addicted, and disabled at one of Europe’s largest psychiatric hospitals,” Father Andrew said.  “It is very easy in America to doubt the vital effect of the Orthodox faith on our culture; but when one visits Russia to see monastery workshops humming with activity, thousands of churches being built or restored each year, and a new generation grasping the value of Orthodox Christianity over atheism’s bitter taste, one prays some of that grace will come back with us to America.”