Home/Seminaries/Patriarchal Encyclical for Christmas
Previous Next 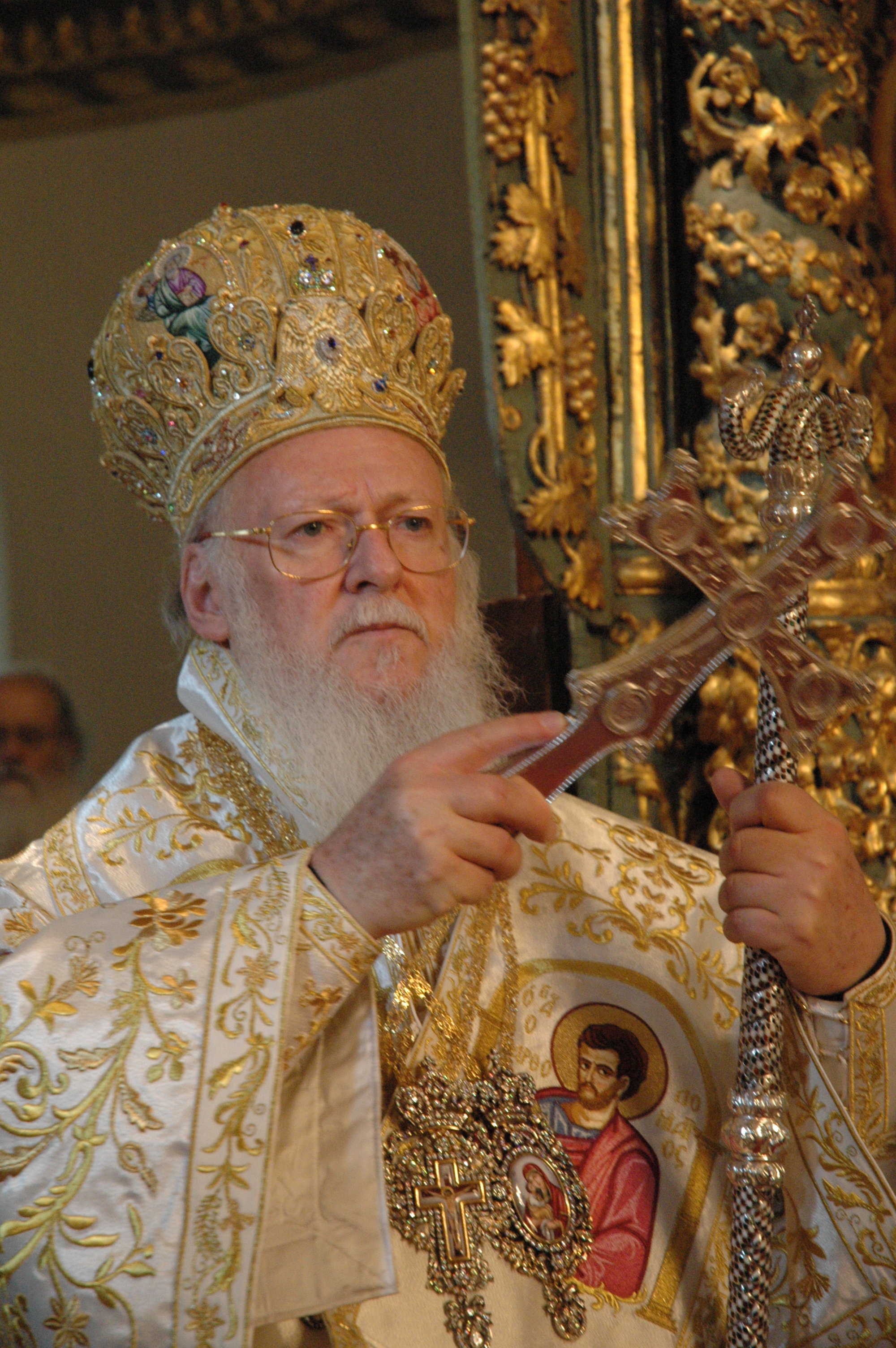 X B A R T H O L O M E W
By God’s Mercy Archbishop of Constantinople-New Rome
and Ecumenical Patriarch
to the Plenitude of the Church
Grace, Mercy and Peace from the Savior Christ Born in Bethlehem

“Christ’s incarnation is my own recreation”[1]

Beloved brothers and sisters, dear children in the Lord,

We praise and glorify the God in Trinity, who deemed us worthy once again this year to reach the great feast of the Nativity in the flesh of the Son and Word of God the Father in “little Bethlehem.”

The holy Church is celebrating with fullness of joy, for Christ “assumed flesh” through His incarnation[2] and rendered the Church “an adornment for the world.”[3] Indeed, the entire human race, and even “all of creation,” rejoices over this divine blessing. “All of creation is today filled with joy because Christ is born of a Virgin.”[4]

In contrast to the “unmoved mover” of the ancient Greeks, our God is the communion of love and lovingly moves in time toward humankind and the world. “In this is love, not that we loved God but that He loved us.” (1 John 4.10)

The pre-eternal Word of the Father, who granted “being” to humankind, now grants us “well being” through His incarnation. “This is the reason behind the feast; this is why we celebrate today: namely, God’s descent to us so that we might ascend—or return—to God . . . in order that, by laying aside the old man, we may assume the new man; and in order that, by dying to Adam, we might therefore live in Christ; in order that we might be with Christ, be crucified with Him, be buried with Him, and arise with Him.”[5] The way of deification through grace is henceforth open to everyone coming into the world. All of us are “capable of containing God.” “There is neither Jew nor Greek, neither slave nor free man, neither male nor female; for all of you are one in Christ Jesus.” (Gal. 3.28)

Unfortunately, the Gospel of Christmas is once again proclaimed to a world where the racket of weapons is heard, where unprovoked violence against individuals and peoples is enacted, and where inequality and social justice prevail. It is unbearable to witness the state of countless children, victims of military conflict, irregular situations, manifold exploitations, persecutions and discriminations, as well as hunger, poverty and painful dispossession.

Last April, we had the opportunity in Lesbos to witness with our own eyes—together with His Holiness Pope Francis of Rome and His Beatitude Archbishop Ieronymos of Athens and All Greece—the tragic circumstances of refugees and immigrants, and especially the acute problems of the suffering children, innocents and defenseless victims of military violence, as well as the racial and religious discrimination and injustice, all of which are constantly increasing.

The feast of God’s Word, who became an infant—the child Jesus, whose disappearance is pursued by worldly authority, according to the Evangelist Matthew (Matt 2.13)—is a reminder and invitation for us to care for children, to protect these vulnerable victims and to respect the sacredness of childhood.

Of course, children and sensitive souls are also threatened in economically developed and politically stable countries of the world, whether by the immense crisis of marriage and family, or by diverse interventions as well as the use of physical or spiritual force. A child’s soul is altered by the influential consumption of electronic media, especially television and the internet, and by the radical transformation of communication. Unbridled economics transfigures them from a young age into consumers, while the pursuit of pleasure rapidly vanishes their innocence.

In light of these dangers, the Holy and Great Council of the Orthodox Church addressed children and young people “with particular love and affection” (Prov. 8) by including the following in its Encyclical:

Amid the medley of mutually contradictory definitions of childhood, our most holy Church presents the words of our Lord: “Unless you turn and become like children, you will never enter the kingdom of heaven” (Matt 18.3) and “whoever does not receive the kingdom of God like a child shall not enter it (Luke 18.17), as well as what our Savior says about those who “prevent” (Luke 18.16) children from approaching Him and about those who “scandalize” them (Matt 18.6).

The mystery of Christmas is crystallized in the words of the festive Kontakion: “For us, a new child was born, God before all ages.” The divine Word as child and the child as God is revealed to the world with “the pure heart” and simplicity of a child. Children comprehend truths, which “wise and prudent” people are unable to approach. As Elytis observes in his poem From one’s neighbor: “You can build Jerusalem out of children alone!”

We appeal to all of you to respect the identity and sacredness of childhood. In light of the global refugee crisis that especially affects the rights of children; in light of the plague of child mortality, hunger and child labor, child abuse and psychological violence, as well as the dangers of altering children’s souls through their uncontrolled exposure to the influence of contemporary electronic means of communication and their subjection to consumerism, we declare 2017 as the Year of Protection of the Sacredness of Childhood, inviting everyone to recognize and respect the rights and integrity of children.

As underlined in another significant document of the Holy and Great Council, the Church of Christ does not look to “judging and condemning the world” with its word (John 3.17; 12.47), “but rather to offer to the world the guidance of the Gospel of the Kingdom of God, namely, the hope and assurance that evil, no matter its form, does not have the last word in history and must not be allowed to dictate its course.”[6]

Therefore, we venerate our Savior with humility and compunction, for He has visited us from on high; we praise with divine song the immensity of the sacred Incarnation; we kneel down before the All-Holy Theotokos, who holds the child Jesus; and we address from the sleepless Phanar the festive greeting to all children of the Church of Constantinople, both near and afar: “Christ is born; glorify Him. Christ has come from heaven; come out to meet Him,” together with our paternal wishes and patriarchal prayer.

“Be strong in the grace of Christ Jesus.” (2 Tim. 2.1) Let us all strive together with faith and sincere love in the good struggle of new life in the Church, adhering to all that the Lord has commanded. For He is with us “all the days of our life, to the end of the ages.” (Matt 28.20)

X BARTHOLOMEW of Constantinople
Fervent supplicant of all before God