His Eminence Archbishop Demetrios, Geron of America, and Chairman of the Hellenic College Holy Cross Greek Orthodox School of Theology Board of Trustees engaged administration, faculty, and students during a regularly scheduled semester campus visit on November 16 and 17.  Topics including curriculum development, academic programming, potential future institution initiatives, and student life were discussed, among others.

His Eminence further took the time to visit eight different classes in both Hellenic College and Holy Cross, and lead the community in worship in Holy Cross Chapel. He was highly impressed with the faculty’s intellectual activities, the students’ academic curiosity and desire to learn, as well as the many new improvements to student life on campus.

Archbishop Demetrios expressed complete support and confidence in Rev. Fr. Christopher T. Metropulos’ leadership, and his many efforts to improve productivity, efficiency, and operations during his first year as President.

His Eminence looks forward to continued oversight and participation in the academic and spiritual life of the school and its constituencies. 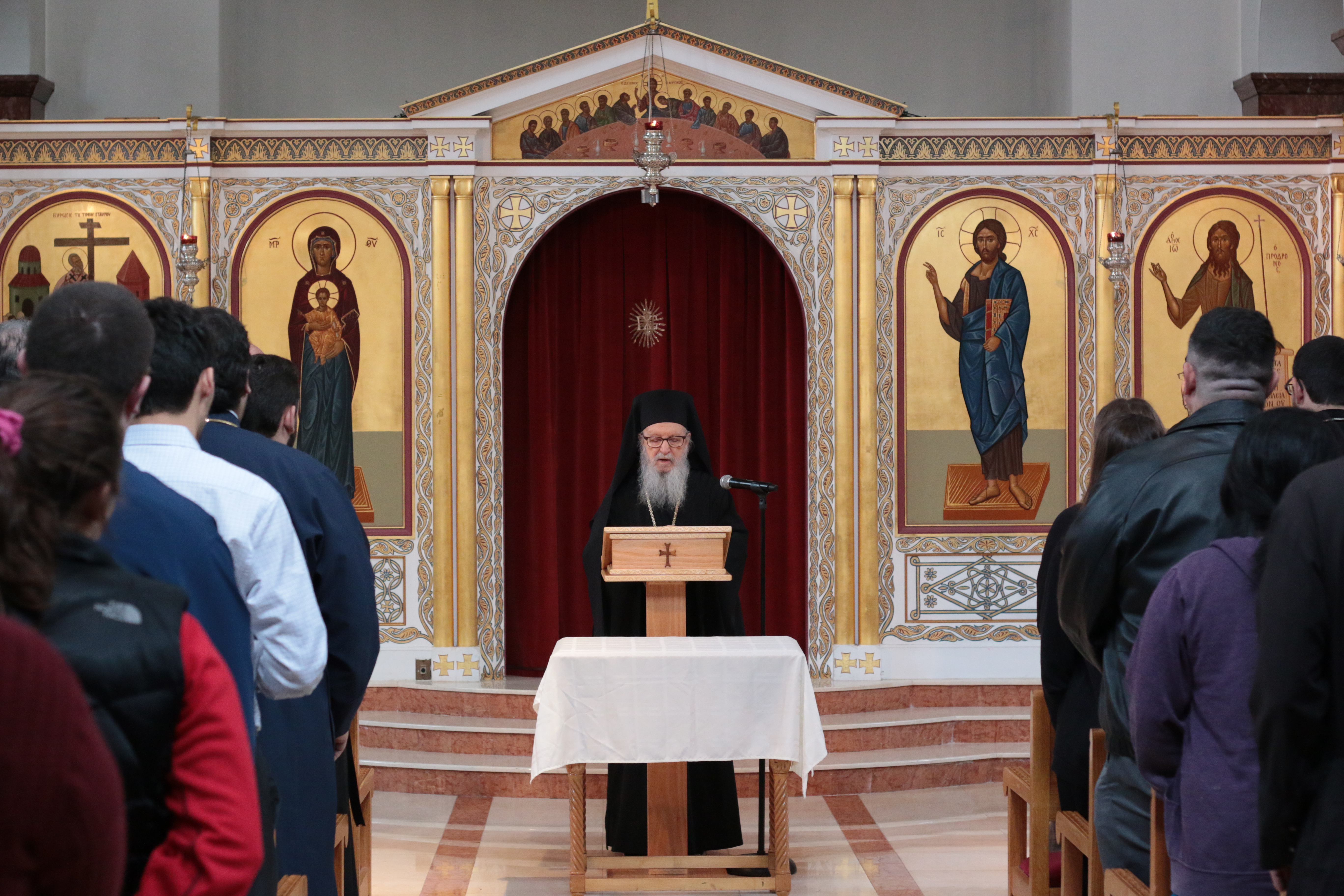 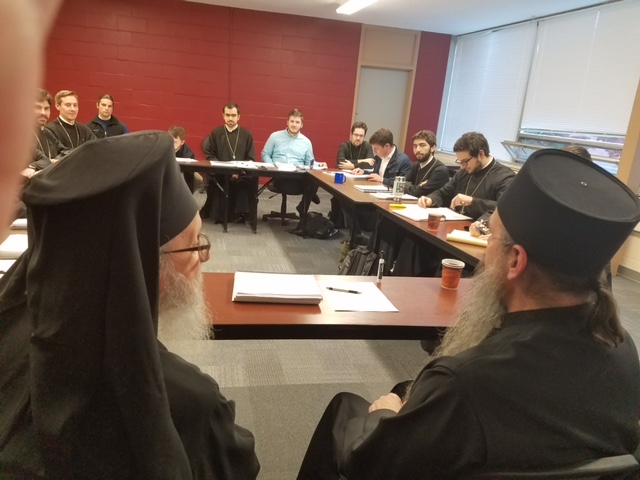