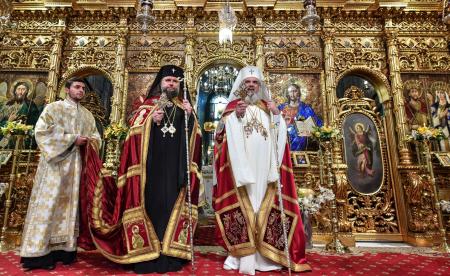 Patriarch Daniel of Romania and Metropolitan Nicolae (Photo: Basilica News Agency)On October 30, 2016, Alexandru M Popovici, a St. Vladimir’s Seminary Alumnus (M.A. ’16) and currently the school’s Director of Web Services, represented the Seminary at the elevation of His Eminence Nicolae (Condrea) to the rank of Metropolitan of the Romanian Orthodox Metropolia of the Americas, at a ceremony in Bucharest, Romania. Mr. Popovici carried a Letter of Congratulations to Metropolitan-elect Nicolae, signed by Archpriest Chad Hatfield, CEO of St. Vladimir’s. 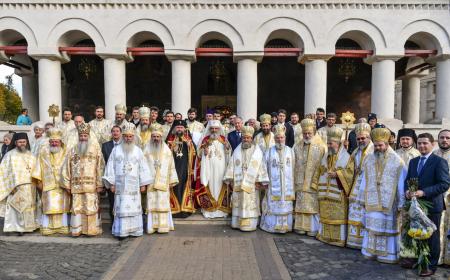 St. Vladimir’s Seminary currently counts eight alumni from the Church of Romania under Patriarch Daniel, including Mr. Popovici and another recent graduate, Bogdan Neacsiu (M.Th. ’16). In 2013, at the invitation of then Archbishop Nicolae, and with the blessing of His Beatitude Daniel, St. Vladimir’s Seminary signed a formal agreement with the Faculty of Orthodox Theology, University of Bucharest, which allowed for the exchange of students and ongoing dialogue between the two schools.

“I am grateful,” said Mr. Popovici, “that this rich exchange between St. Vladimir’s and the University in Bucharest—which included my own seminary education on two sides of the world—will continue to benefit U.S. and Romanian Orthodox Christian seminarians, for we have much to share with each other. 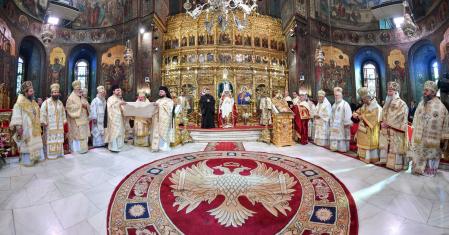 “I was especially honored to attend Metropolitan-elect Nicolae’s elevation ceremony, representing St. Vladimir’s,” he continued, “since I have heartfelt respect for the Church in my homeland, and Orthodox Christians here in the U.S.”

The enthronement ceremony of Metropolitan-elect Nicolae will take place in Chicago, at a date yet to be determined.

Read the Letter of Congratulations to Metropolitan-elect Nicolae.