Patriarchal Proclamation on the 25th Anniversary of His All-Holiness&#039; Election to the Ecumenical Throne

Home/Jurisdictions/Patriarchal Proclamation on the 25th Anniversary of His All-Holiness&#039; Election to the Ecumenical Throne
Previous Next

Patriarchal Proclamation on the 25th Anniversary of His All-Holiness&#039; Election to the Ecumenical Throne 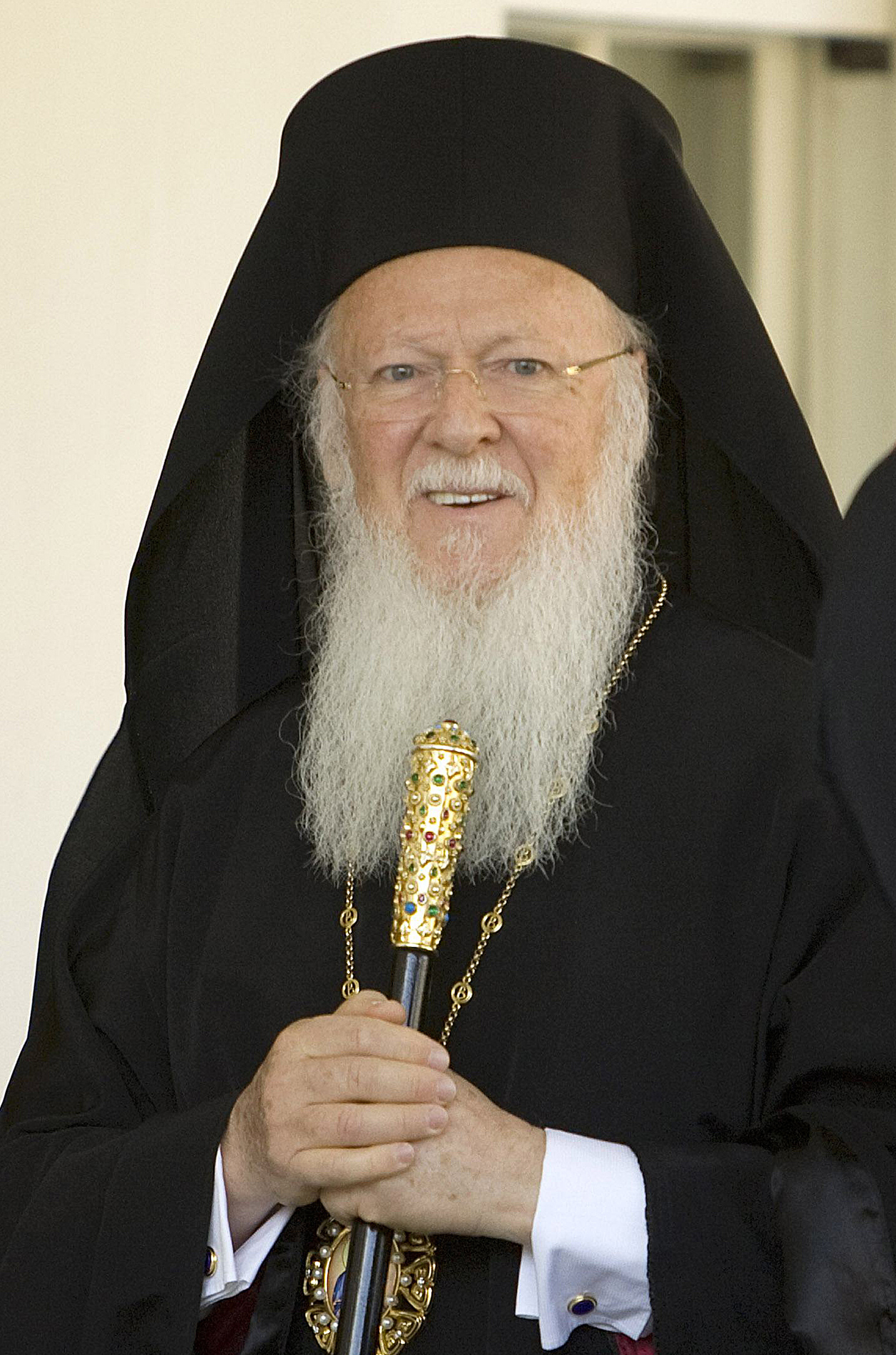 MESSAGE OF HIS ALL-HOLINESS

To the Plenitude of the Ecumenical Patriarchate Worldwide

On the 25th Anniversary of His Election to the Ecumenical Throne

We offer praise and glory to the Triune God, who deemed us worthy to reach the twenty-fifth anniversary since the day when, by the mandate of our Holy and Sacred Synod, we ascended the martyred Apostolic Throne of the Church of Constantinople. With God’s grace, having gladly run this long course of service in the First-Throne among the Orthodox Churches, we look back the experiences, events, prayers, journeys and activities, while at the same time looking forward with a spirit of optimism and steadfast hope to the future, even as today we exclaim the words of our saintly predecessor, St. John Chrysostom: “Glory be to God for all things.”

We express our wholehearted gratitude to all those who contributed in our endeavor to lift the cross of the Patriarchal office, which the Holy and Great Church of Christ placed on our shoulders upon our election, while also entrusting us with the anxiety and hope of our pious Orthodox people, both within the Ecumenical Throne and the entire Orthodox Church.

Throughout our Patriarchal tenure, many people contributed, like other Cyrenaeans, to lightening the weight and often softening the pain and labor of the journey. We recall with thanks the words and deeds of brother clergy and laity of the courageous and sacrificial Mother Church, both close and afar, who offered their time and toil in support over these past twenty-five years. Our pastoral visitations to the Eparchies of the most sacred Ecumenical Throne and our communications with our faithful throughout the world, but also with the honorable Authorities in various countries, comprised a unique occasion for sincere dialogue, personal relations, and fellowship.

This journey would not have had the desired result without the love and support of our Brother Primates of the other Orthodox Autocephalous Churches. This fraternal support of Their Beatitudes the Primates, whom we wholeheartedly thank, as well as expression of respect on the part of the holy clergy, esteemed authorities, and people of good will – from the southernmost tip of Africa to Siberia, and from the Far East to the end of Europe – proved inspiring and undiminished. The many visits to the Phanar by clergy and laity from other Orthodox Churches bears witness to this fact, which also underlines and reinforces our unshakeable spiritual bonds and the unwavering unity of the Church.

We fondly remember the magnanimous hospitality extended to us by our brother Primates and Hierarchs. We call to mind the pious faithful that welcomed us with emotional tears and diverse expressions of unfeigned love. And we cannot forget the devout monks and nuns, who frequently received us and constantly pray for us as well as the Church of Christ’s poor.

Our Orthodox Church is One, and its head is our Lord Jesus Christ, who deemed us worthy to convene – with the consent of all Their Beatitudes the Primates – the Holy and Great Council of the Orthodox Church recently held in Crete. This great historical event of our Holy Church fills us with immense joy and enables us to take pride in the Lord, for it constitutes the culmination of our Patriarchal tenure. The Holy and Great Council demonstrated the conciliar identity of the Orthodox Church and it is the obligation of us all – both those who attended and those who were prevented from attending – to receive and apply the Decisions of this Council, as well as to transmit and cultivate the spirit of unity to our pious Orthodox faithful throughout the world.

Acknowledging the demands of our time, we continued and enhanced the Theological Dialogue with the rest of the Christian world, along with the academic dialogue with other religious communities. We recognize with gratitude and appreciate the labors and great contribution of those who participated and continue to participate in all of these dialogues, where the credible witness of our Orthodox Faith has been and continues to be offered.

The ongoing plague of war and terrorism all over the planet has never ceased to be of concern to us. The wave of violence that affects many regions of the world has resulted in the annihilation of peoples and the persecution of our Christian brothers and sisters in the Middle East. We especially pray for those Christians who have been martyred and address our appeal to all concerned for the cessation of hostility and criminal activity.

Our most holy Church prays for the peace of the whole world and considers the respect of human dignity and freedom as the foundational and indelible right of every person. There is no “sacred” war. Only peace is sacred, and it is the supreme obligation of all.

With afflicted heart and profound pain, we follow the tragedy of those who have been violently uprooted from their places of origin, who are hopeful for a better future and a new homeland. Our recent visit to the refugee welcome center on the island of Lesvos, together with His Holiness Pope Francis and his Beatitude Archbishop Ieronymos of Athens, resulted in a common effort to sensitize global opinion on our suffering fellow human beings.

The world is today experiencing a vast financial and social crisis. The phenomenon of globalization arouses great turmoil in international economy and disturbs social cohesion, widening the gap between poor and rich. The principle of autonomy in economy, which separates the economy from human need, results in profiteering and exploitation. We are, therefore, opposed to any financial activity as an end in itself and propose an “economy with a human face,” an economy adhering to the gospel principles of justice and solidarity.

From the outset of our Patriarchal ministry, we have been profoundly concerned with advancing the preservation of the natural environment. We are stewards and protectors of God’s creation, and it is our sacred duty to respect and transmit this divine gift to future generations unharmed and complete. The spiritual and ethical crisis of humanity, the abuse of human freedom, have led to the rupture in human relations with creation as well as to a distortion in its proper use. Today we not only abuse the natural resources of our planet and pollute only the natural environment, but we have expanded our pollution beyond our planet to space, since in recent years the volume of so-called «space debris» has increased dramatically and there is even talk of exploiting resources of other celestial entities. The only solution is a radical change of mindset, the reversal from an acquisitive and consumerist attitude to a eucharistic and ascetic approach to creation, along with a spiritual education of young people in order for them to treat the environment with sensitivity, respect, and responsibility.

We offer praise and thanks, in humility and prayer, to God in the highest, for the completion of twenty-five years at the rudder of the First-Throne Church of Orthodoxy, and we address all of you, honorable brothers and beloved children in the Lord, as we ask for your prayers and wishes to «the great God and Savior Jesus Christ» (cf. Titus 2.13) to strengthen us for a continued fruitful service for the glory of His honorable name «that is above all names.» (Phil. 2.9)

At the Ecumenical Patriarchate, on October 22, 2016

Your beloved brother in Christ

and fervent supplicant before God