The Church Is Not a Wish Granting Factory

The Church Is Not a Wish Granting Factory

As an Orthodox Christian I have learned many difficult lessons in my life, the first and foremost being that, in the words of John Green, “The Universe” or God “is not a wish granting factory”. I have struggled my entire life with severe mental illnesses namely: depression, anxiety, and anorexia nervosa. I have spent my fair share of nights praying with honest tears streaming down my cheeks to be healed but have never woken up to be so. I have had uncomfortable occasions where various Christians have insisted upon laying hands on me and trying to heal me with the power of Christ. As you may have guessed, this is not a story about how I prayed and God took away my mental illness. This is a story of how I am living, as a person of faith, with mental illness. 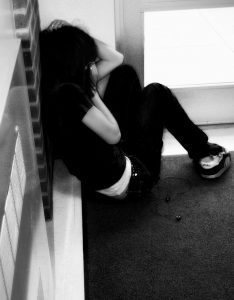 Last spring, I was in a rough spot. I became antisocial and depressed, I never wanted to get out of my bed, and the eating disorder I had developed in high school reared its ugly head. During this period I decided to start saying the Paraklesis every night before bed. I was inspired by the miracle-working icon I had seen at College Conference that year and I wanted more than anything to have this burden of depression taken away. I planned on doing the prayer service for forty days straight, and I expected to watch my life slowly improve until everything became “normal”. Instead, I watched everything fall apart. Plans fell through, fellow classmates in college died, and I was drowning in an ocean of sadness that I no longer wanted to swim in. It was dark, and by God’s grace I am still here.

If you had asked me then why I was bothering to pray the Paraklesis when clearly the Theotokos wasn’t helping me out, I couldn’t have given you an answer. Now, after months of looking back at this period with anger in my heart towards God and the Theotokos I realized how much the Paraklesis saved me. Every night I prayed. Despite what had happened during the day and despite how much I wanted to disappear, I still prayed. I wanted the Theotokos to save me from the things going wrong in my life, ignoring that she was already saving me from myself. I didn’t see that the church was helping me, and in the following months I distanced myself from God and stopped praying all together. Unsurprisingly, these past few months of my life have been marked by some of the worst depressive episodes I have ever had. Things were dark, but what made this period far worse than last spring was my separation from the church and community.

I can’t tell you I’m a perfect person now, nor can I tell you that my struggles with mental illness have turned me into a pious individual. But I can tell you that my darkest days were spent away from the church. The easiest way to hurt yourself is to separate yourself from God. If you are not running towards God, then you are running towards death. Please, run with me into the light. Do not let the Devil convince you that solitude will bring you anything but misery. Let us learn to praise God in the darkness as we wait for the sunrise.