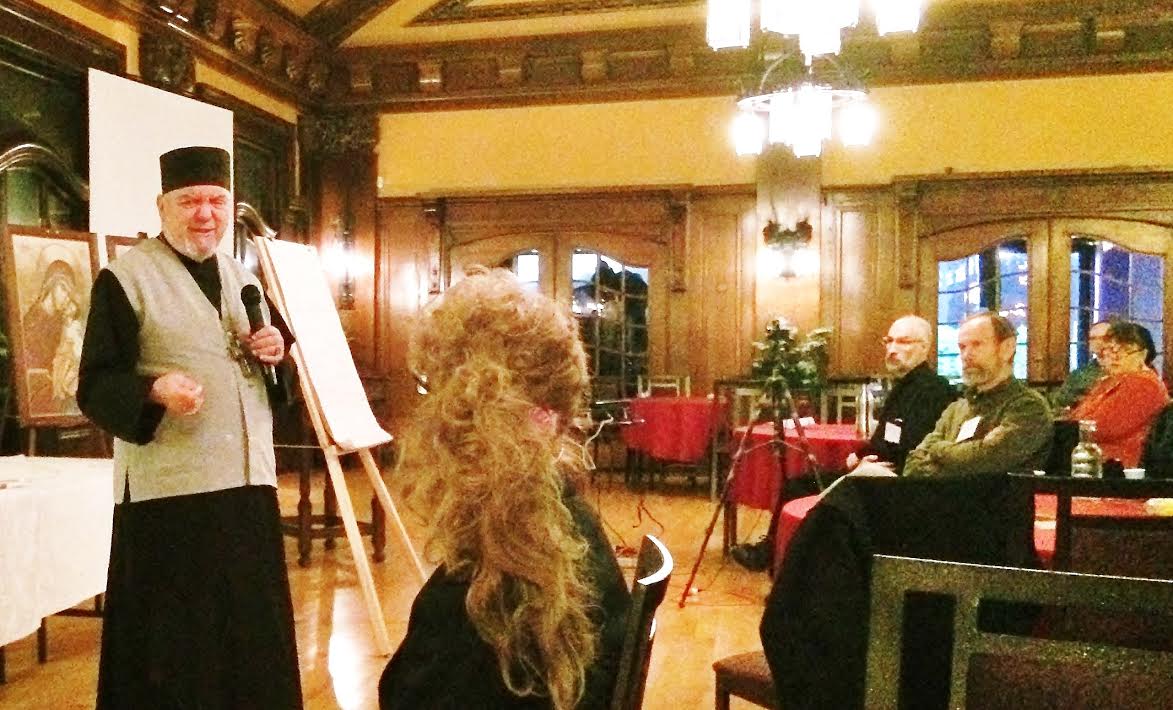 “Clergy and laity from several Christian communities were united in their appreciation for the depth of the lectures,” said Priest Andrew Applegate, Saint Aidan’s Rector.  “We also were blessed to have local Ktunaxa Elder Marty Williams open our conference with some heartfelt words.”

While all of the speakers were Orthodox Christians, the topic is “one of concern to all Christian leaders and all of humanity,” explained Father Andrew.  “Ecology and climate change due to global warming transcends any political or religious borders and is a subject that affects every human being.”

The keynote speaker, Archpriest Michael Oleksa of the Diocese of Alaska—a specialist in cross-cultural communication and author of numerous books and articles—shared traditional stories from the indigenous people of Alaska demonstrating how “Christian” their outlook had been in their “pre-contact” spirituality.  He explained how, when the Orthodox missionaries arrived in Alaska in the late 1700s, they presented Christianity as the “fulfillment” of this spirituality rather than its “replacement.”  Their culture, he added, was celebrated and accepted with no requirement to assimilate into a foreign culture in order to embrace the faith.

In his four lectures, Father Michael emphasized the centrality of encountering God’s presence in all of creation, noting that a great deal may be learned from the respect and deep love indigenous groups have for their land while supporting their strong determination to protect it.

“He also expounded on the sacredness of water by sharing the story of how the building of Alaska’s ‘Pebble’ gold mine, with its huge arsenic-laced tailings pond, was prevented, largely by joining with the local indigenous people and actively going out and blessing the waters that would be affected,” Father Andrew noted.  “The mine would have seriously affected the world’s largest Salmon spawning headwaters in Alaska.”  [See related story.]

Also addressing the participants was Kaleeg Hainsworth, noted author of An Altar in the Wilderness, who spoke passionately on the global warming cycle.

“He offered a wealth of information on the rise of sea levels, which is already being experienced, and the anticipated effects of the rapidly increasing global temperature,” said Father Andrew, who added that “hundreds of millions of people in coastal regions are expected to be impacted as sea levels raise by several feet over the coming decades.” 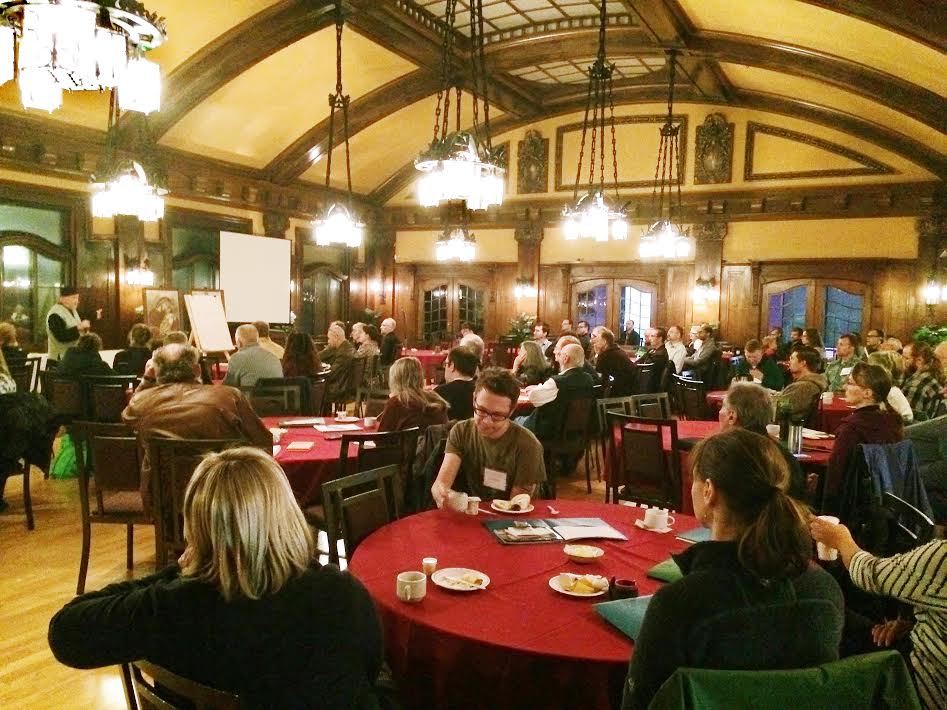 Participants hailed from across Canada and the US.

In his second presentation, Hainsworth interviewed Priest Nilos Nellis, a priest of the OCA’s Archdiocese of Canada and environmentalist, who spoke of focusing on the heart in order to live a simple and less consuming lifestyle.

Other speakers included Mark Sandford of “Elijah House,” Coeur d’Alene, ID, who spoke of the transformational power of prayer and clarified the often misunderstood understanding of pursuing “dominion” of the earth, which he defined as providing “tender care for all of creation.”  He noted that many saints, such as Seraphim of Sarov and others, were intimately connected with creation.

Finally, Fred Krueger, Executive Director of the Orthodox Christian Fellowship of the Transfiguration, reviewed numerous statements on creation and the environment issued by His All-Holiness, Ecumenical Patriarch Bartholomew, stressing how environmental responsibility is consistent with Orthodox Christian theology.

“Rounding out the program were presentations by recording artists Jeremy and Sheree Eisenhauer and a wonderful lunchtime of storytelling by Shayna Jones of ‘The Art of Storytelling,’” Father Andrew concluded.