Postponement of Ordination of Bishop-Elect Alexander of Nicopolis

Postponement of Ordination of Bishop-Elect Alexander of Nicopolis 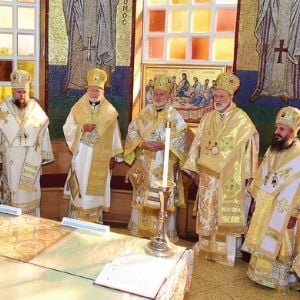 NEW YORK – In a spirit of the careful responsibility for the preservation of Orthodox Christian unity in the United States of America, the episcopal ordination of His Grace Bishop-Elect Alexander of Nicopolis has been postponed until a consensus has been reached. His Eminence Archbishop Elpidophoros of America is committed to engaging in an open dialogue of brotherly love and understanding with the other heads of jurisdictions of the Assembly of Canonical Orthodox Bishops of the U.S.A., while at the same time determined to prioritize constructive partnership and cooperation.