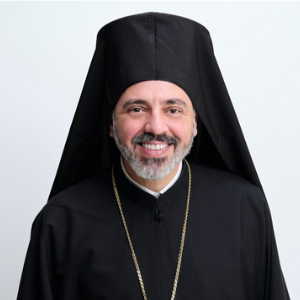 His Eminence Archbishop Elpidophoros of America announced today the appointment of His Grace Bishop Athenagoras of Nazianzos as the new Director of Religious Education for the Greek Orthodox Archdiocese of America. In addition, His Grace will continue in his role of Chief Secretary of the Holy Eparchial Synod of the Archdiocese.