Are We Forever Marked By The Worst Thing We’ve Ever Done?

Home/Ministries/Are We Forever Marked By The Worst Thing We’ve Ever Done?
Previous Next

Are We Forever Marked By The Worst Thing We’ve Ever Done?

In this first part of a two part series, Fr. Stephen Powley answers some provacative questions he received by email. Fr. Stephen is the priest in charge of St. John the Baptist Greek Orthodox Church in Pueblo, CO. Fr. Stephen began serving as a Prison Chaplain in 1985. He has ministered in every prison security level, including 12 years in the most maximum-security prison in the U.S. He retired from the Federal Bureau of Prisons in 2010. Fr. Stephen joined Orthodox Christian Prison Ministry as a founding Board Member in 2005 and served as the Executive Director from 2014 to 2019. Fr. Stephen has written training manuals for prison ministry and correspondence volunteers as well as other theological works on the state of the prisoner. 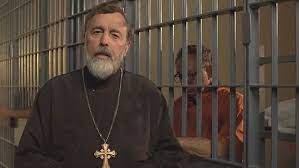 Question:   “I stumbled upon your prison ministry video on YouTube and was very moved by your words. I’ve never been incarcerated but I’ve had friends and peers that have or are serving time. I know that many people, myself included, based on our sins, transgressions, mistakes, etc. could have been imprisoned many times over with a brush of bad luck or certain lining up of events. It’s something I’m very sensitive to in many ways and I reach out to you, not only to thank you for your ministry but also to help me grapple with some questions I have about those who are imprisoned.”

“Are we forever marked by the worst thing(s) that we’ve done or the worst version of ourselves? Where does the line of “never forgiving” a crime and/or crime(s) end with Our Lord?  I know the answer per the Gospel is that no sin, no crime is unforgivable and salvation is attainable for all. However, I find myself influenced by society, coworkers, and the thoughts of others that many labeled as such, sentenced and/or deemed as such are destined for eternal misery. I really struggle with this and I try to put myself in the shoes of the perpetrator. How and why, what led them to do this?”

Response:   It is certainly possible that a person can be “marked” by others and by ourselves for things that took place. This is why it is so hard for people coming out of prison to find a job; they are marked as a felon. Sadly, even with God’s forgiveness, they can view themselves in the same way. They can think everyone sees them as a felon, when the truth is that hardly anyone would know unless they shared it. Being forgiven by God is one thing, but to walk in that forgiveness is sometimes a difficult thing. God does forgive…but we often struggle with walking in His forgiveness and we also struggle with forgiving what someone else has done (either to us or simply on the news). Our own un-forgiveness of others does not influence the Lord toward that person, but it certainly can impact us. If we cannot forgive others their sins (when God has), how can we honestly expect our own sins to be forgiven?

You asked a most important question about what led a person to commit such a sin. Every person has a story and sadly some folks have a nightmare of a story. What chance does a 15-year-old young man have when his mother leaves him a backpack and a note saying she can’t take it anymore . . . “good-bye”? Should it shock us that he ends up in a gang and in prison? But we don’t think about the background; only the crime. It is amazing that such a person could come to Faith in the Lord and have his life totally changed in prison, but God does indeed do such things. God is the ultimate restorer and often we find reasons to continue to condemn when we should be working in cooperation with God in that restoration process of those who have fallen.