Home/Ministries/Compassion Is Divine
Previous Next 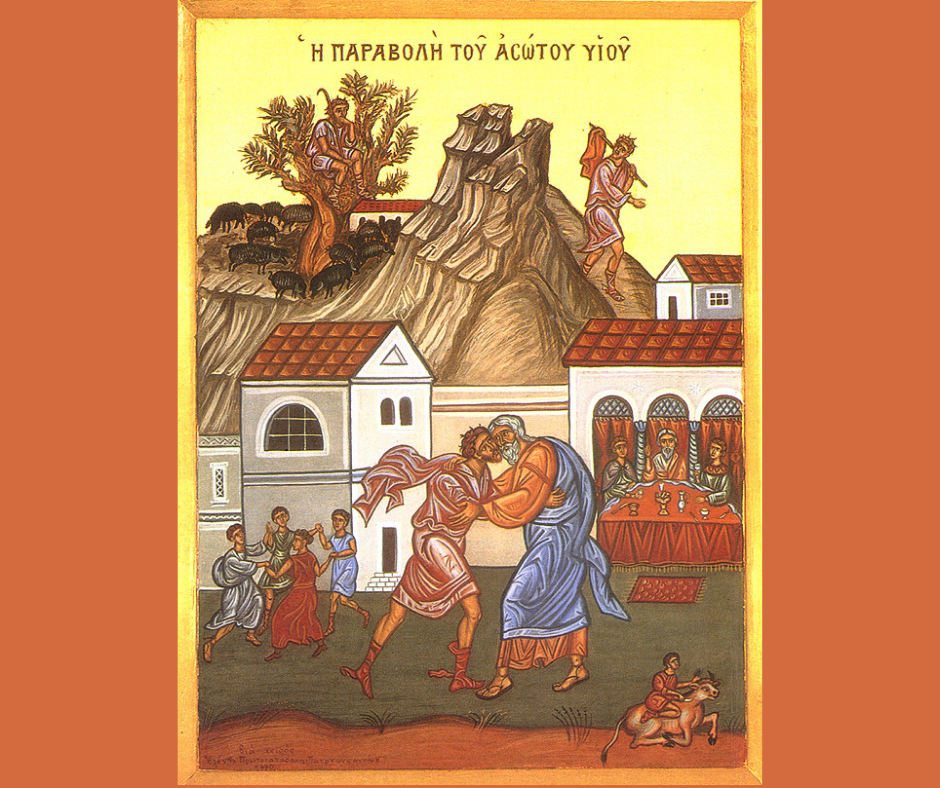 In the Name of the Father and of the Son and of the Holy Spirit, one God. Amen.

Dear Brothers and Sisters in Christ,

What is the opposite of fear?  You might say “courage” and you might be right. But it has been suggested that the opposite of fear is compassion.  I like that answer best.  Where there is no fear there is no need for defensiveness.  Judgment relies on fear. So does hate. Without fear compassion becomes possible.  If we are not defending ourselves, then the way is open to love.  Compassion, I insist, is not weakness. Compassion is strength.  Compassion is divine.

Let’s talk for a moment about the father in the story of the Prodigal Son.  He is fearless. He takes the risk of offering his sons their inheritance before his death. They could have taken everything!  When the younger son decides to take him up on the proposal, the father does not go back on his promise. He doesn’t try to stop him. He freely embraces his son’s freedom of choice.  How many of us could do such a thing?  How many of us, when presented with the opportunity, confirm the freedom of the other to act even in ways that are opposed to our own values and interests?  Most of us are afraid of freedom, but not the father. He demonstrates fearlessness of the highest quality. So high it is divine.  He is the perfect image of God, the One who cannot be pleased or displeased.  He is always the same in all things and towards the obedient and the disobedient,

We are meant to see in the father an image of God, of course, and what of the older brother?  When the younger son returns repenting of his sins and the father graciously embraces him the older son complains.  “How could you take him back like that?”  The older son believes that the father is too generous.  To us, this insane generosity is the source of our hope. God is too generous, too welcoming, too inclusive.  Why, God may even accept us, though we do not deserve it. It is sometimes very hard to accept. The “older brother” cannot accept it.  There are always some who base their belief on a God who is angry and infinitely offended. But how can this be?  The Gospels show us a very different God in the life of Jesus Christ, the living, breathing example of the God who is too generous.

We should note that the older son, in his complaining, demonstrates the opposite. He is wedded to and attached to his grudges.  He won’t let go of his anger.  God is definitely not like that.  The older brother is stuck in the past and we all know what happens when we get stuck in the past. We suffer because the past is an illusion, it is no more, and yet we are trying like crazy people to live in it.  God, on the other hand, is eternally present.

The father, however, demonstrates what it means to live in the present.  He rejoices that his son is home!  The important thing is that his son is now home.  The past is over and cannot be changed, but the present! Oh, the wonderful present!  The son returns with the necessary, miraculous words “I am sorry” on his lips, but the father runs to embrace him even while he is still a long way off. The young prodigal barely has an opportunity to get out his rehearsed lines. Remember what the Lord says?  “The angels in heaven rejoice over one sinner who repents.”  How sad that the older brother was too wrapped up in himself, too self-interested to enjoy his brother’s homecoming.  Notice where he is when the father finds him. He is “out in the fields” in a less dramatic form of self-exile from his father’s house. Self-interest always gets in the way of!  Self-interest blinds us to what is good like nothing else can.

Are you beginning to see a pattern in the Gospels?  I am!  God is generous to a fault.  He has no ego to defend.  God is not offended because God has no ego.  The father in the parable is not offended because he has no ego to be offended!  Only the ego suffers offense. When we feel the pains of offense, the agony of fear, the fire of anger, the bristling of our defenses it is a sign that the ego is at work.  At that moment our ignorance comes clearly on display. Be thankful!  It points the way to repentance.  One of my dearest spiritual fathers and brothers once told me, “Your obstacle is your path.” So instead of getting down on ourselves for having such thoughts and feelings we should give thanks and learn the tools that will allow us not to attach ourselves to them.  That is, we need to learn and practice continual watchfulness so that we do not sin.

We also must not allow ourselves to be fooled into thinking we are justified and that those negative thoughts and feelings are an unavoidable part of who we are. Heavens no! We are made in the image of God!  That junk cannot define us unless we let it. Instead, we need to open our eyes and see the truth that our suffering comes when we give in to the temptation of self-interest.  “Don’t you dare stand in my way,” we shout.  Or like Madonna, we shout from the rooftops that, “Everyone is entitled to my opinion.”  But we do not need to go down that sinful path. No indeed. We can, if we choose, keep those negative thoughts and feelings from carrying us where we do not wish to go.  But we must catch them quickly before they do so that we can make the wise choice of turning aside from temptation while the freedom remains as an option.  The point of all this is to move beyond our own fearful limitations by becoming the love that God is.

I want to thank Tiffany for introducing me to this wonderful quote from St. Maximos the Confessor.

“The one who is perfect in love and has reached the summit of detachment knows no distinction between (what is) one’s own and (what is) another’s, between faithful and unfaithful, between slave and freeman, or indeed between male and female. But having risen above the tyranny of the passions and looking to the one nature of men he regards all equally and is equally disposed toward all. For in him there is neither Greek nor Jew, neither male nor female, neither slave nor freeman, but Christ is everything and in everything.”

Who among us does not desire to live like that?  That is passionlessness. That is sinlessness. The person who has passed beyond judgment of any kind is one who has seen God. The one who lives like that is truly free. Nothing evil can touch her.  This is what I see in the Prodigal Son’s father.  A free man. A defied man.

“In the crucified Christ forgiveness is offered and life is given. For humanity, it is no longer a matter of fearing judgment or of meriting salvation, but of welcoming love in trust and humility” (Clement, 1993, p. 49).

Like the father in the parable is, we must become for he is a perfect image of what God is.  As long as there is anything in us that does not reflect that perfection we must remain outside the Kingdom in the prodigal son’s “foreign land”.