Home/Ministries/Stereotypes vs. Compassionate Thinking
Previous Next

Last week at the OCA All American Council, about 50 teens from all over the country had a chance to visit FOCUS Gateway City in St. Louis. After an introduction from Fr. Patrick, director of FOCUS Gateway City, groups formed and rotated between accomplishing needed work at the Center’s pantry and community garden, and participating in a reflection about serving in the Orthodox context with Youth Equipped to Serve (YES). 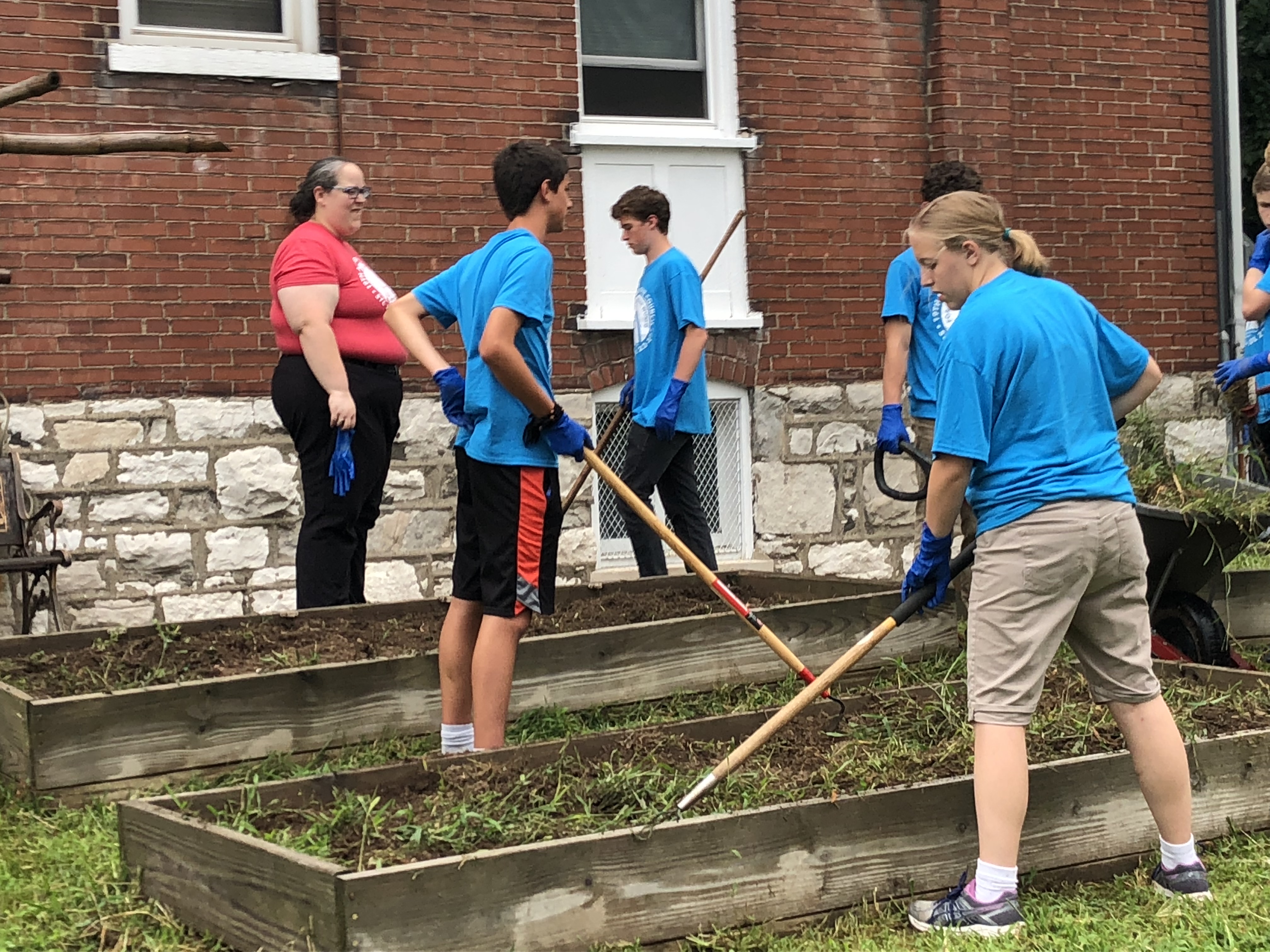 During YES Trips, there is always an effort to spend the entire first evening in preparation – going through different orientation discussions and activities that help set the tone for the entire weekend.

At the All American Council, we didn’t have the teens for a whole weekend. Instead we shared only two hours together. However, in those two hours we were able to discuss what we mean when we say “On earth as it is in Heaven.” We unpacked perceptions and stereotypes we may have when confronted with issues of poverty, homelessness, and suffering. And we left with hope and faith that we can stretch ourselves to serve the true image of Christ in each other, instead of serving a false image of ourselves.

A stereotype is an over-generalized belief about a particular category of people.

Imagine the image of a homeless man sleeping on a park bench – you’re passing by on your way to work. What are some thoughts and feelings that come to mind when you walk by?

“Automatic negative stereotypes and biases that pop unbidden and unannounced into our heads are often triggered by super-simple things like the color of another person’s skin, the clothes they wear, or their style of communication.”

Let’s say when you see the homeless man sleeping on the bench, you think to yourself that he should get up and do something productive with his day instead of being lazy – then maybe he wouldn’t have to sleep outside. His life could be better if he stopped being lazy worked harder. This is a common stereotype many people have when thinking about the issue of homelessness.

Stereotypes begin as thoughts. When thoughts go unchallenged, they become beliefs. Quickly we begin to accept these beliefs as truths. Without even realizing it, false truths about humanity can influence not only our inner thoughts, but also our outward behaviors and actions – how we treat other humans.

“I am the way and the truth and the life. No one comes to the Father except through me” John 14:6

On your way home from work, the same man you saw before is awake and approaches you for some money for the bus. You dismiss his need, thinking to yourself if he wasn’t lazy he could have earned enough for 10 bus rides since the last time you saw him. Plus – you’ve worked hard for your money and sometimes feel financially stressed yourself so why give cash to someone who probably is going to waste or misuse what you share anyways?

All of these thoughts that stem from our stereotypes remove the opportunity we all have to respond to the man as Christ would. 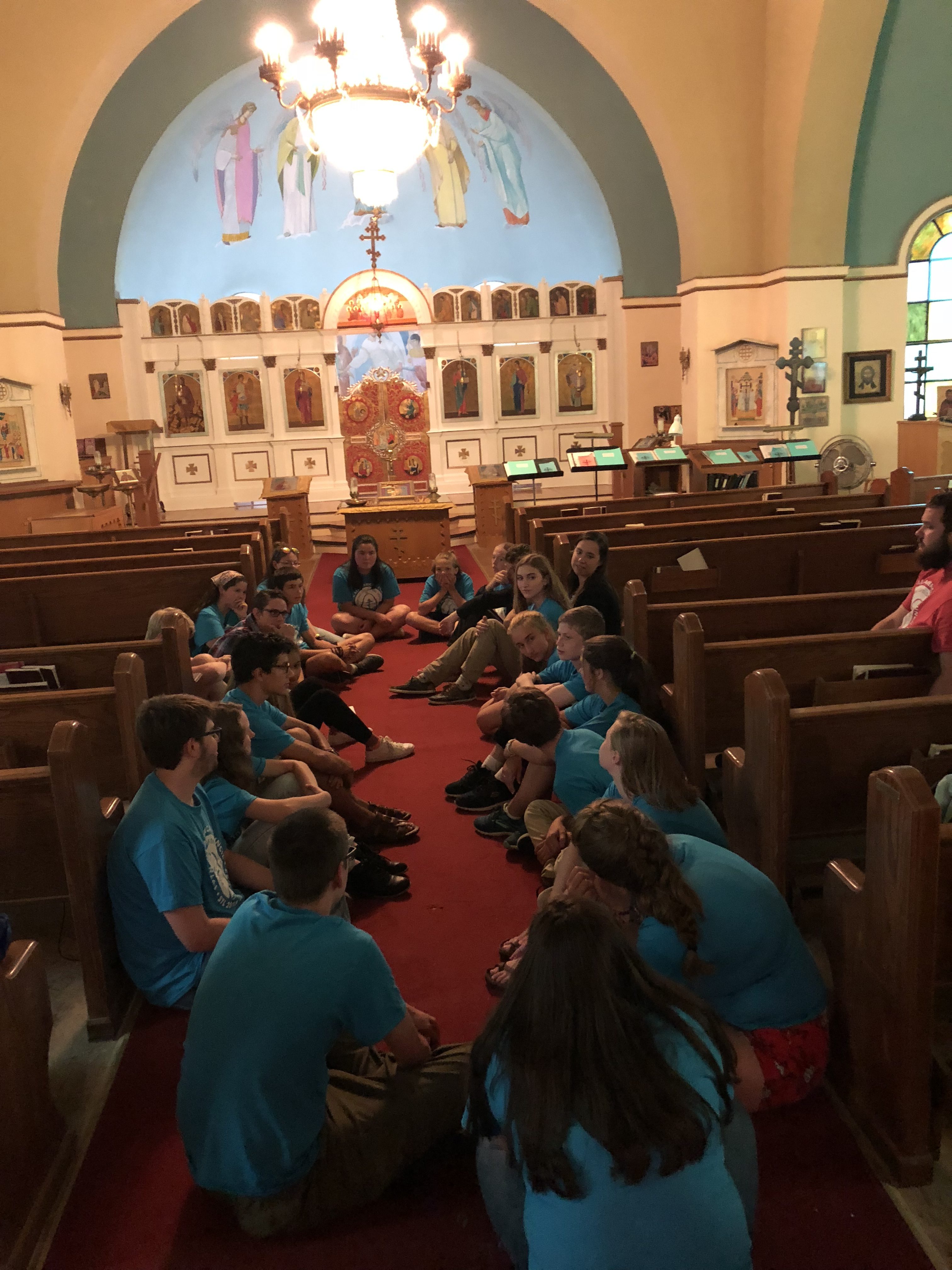 So, what can we do about our stereotypes? It’s all about becoming more conscious about our beliefs and truths. “Consider the possibility that you can have thoughts without believing them.  You can learn, with time, to simply notice negative stereotypes and biases that pop into your head.  And with practice, as you get better at noticing them, they have a smaller and smaller impact on you.”

Imagine the homeless man sleeping on the bench again, and reframe your initial thoughts and stereotypes with compassion.

The man on the bench is sleeping during the day because he works the night shift at a local factory to earn enough money to pay child support for his children while saving for a security deposit for his own apartment.

Would you treat this man differently if this was his story? What if he really was lazy and spending his days sleeping instead of reaching his full potential…does this justify you treating him negatively?

The challenge of compassionate thinking is that no matter the story, or the degree of “truth” behind the stereotype we must challenge ourselves to serve the Icon of Christ that is in everyone. It’s hard work and might not always feel comfortable, but it is necessary work if we want to be a witness to the Kingdom and live “On earth as it is in Heaven.”