Home/Ministries/Eight Dimes: A Reflection on Almsgiving
Previous Next

During Lent, we are encouraged and challenged to struggle through some fundamental, yet difficult aspects of Christian life: prayer, fasting, and almsgiving.

Matushka Constantina Palmer wrote,  “The Greek word eleemosyne means ‘alms, charity, mercy.’ In other words, almsgiving is also the act of being merciful, so something as simple as a kind word, or a word not spoken, can be alms.”

To me, almsgiving is eight dimes.

The faintly traced shadows of eight dimes and a note from a man I’ve never met hang on the wall at the National FOCUS office. These dimes were a donation received years ago from Steve, a former resident of St. Herman’s House – FOCUS Cleveland. 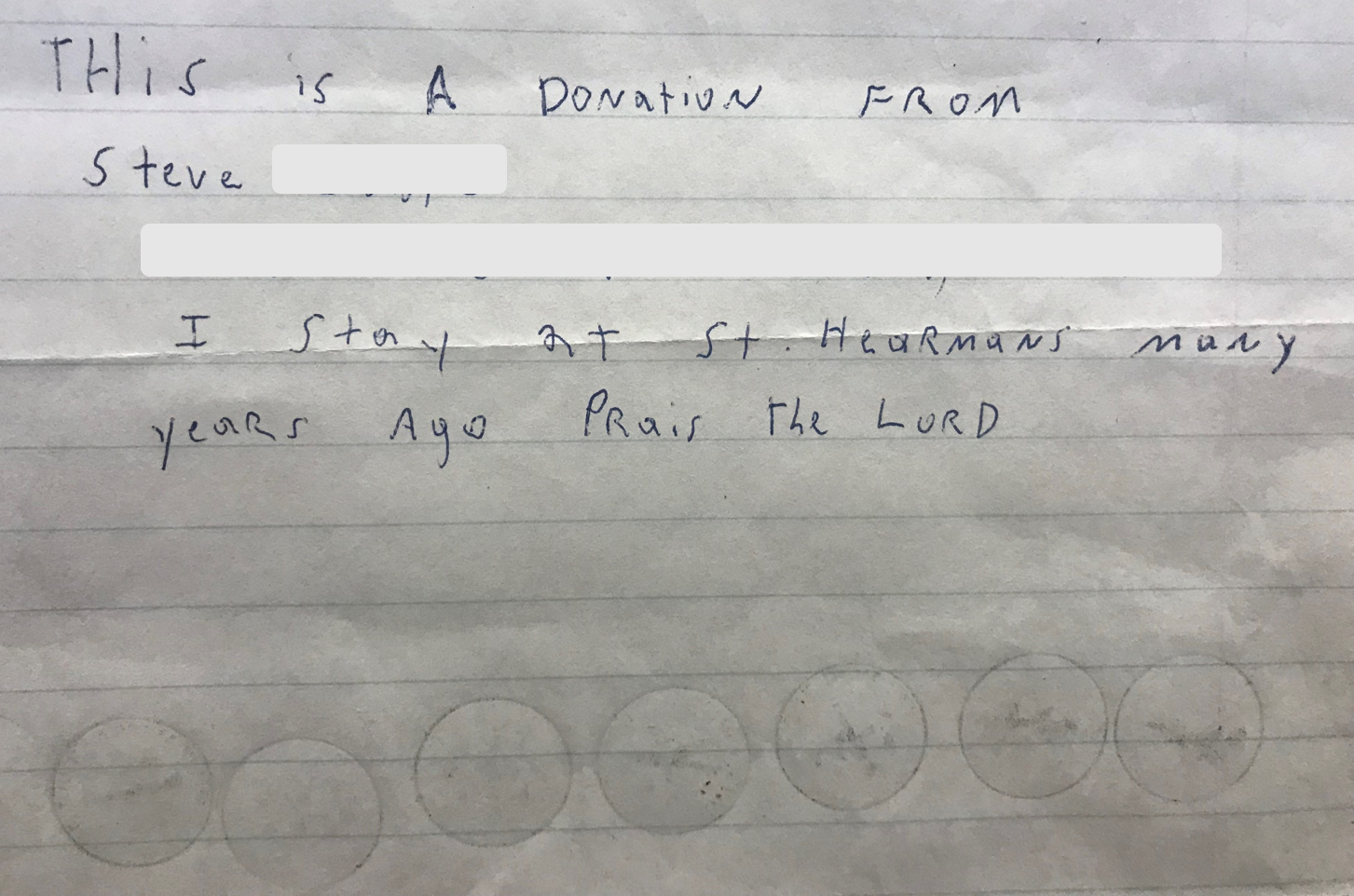 His note reads: “I stay at St. Herman’s many years ago. Praise the Lord.”

I don’t know this man’s story, or what it took for him to make this donation, yet his eight dimes and simple note remind me every day to look for opportunities to give alms, charity, and mercy.

In Luke 21 we read:
He looked up and saw the rich putting their gifts into the treasury, and He saw also a certain poor widow putting in two mites.  So He said, “Truly I say to you that this poor widow has put in more than all;  for all these out of their abundance have put in offerings for God,[a] but she out of her poverty put in all the livelihood that she had.”

The Lord teaches us, it is not the amount that is given, but the sacrificial generosity that marks the impact of our almsgiving. I don’t know Steve, who gave those eight dimes, but in his small gift, I know he understands the spirit of almsgiving. Just as he had benefited from his stay at St. Herman’s years before, out of mercy for his fellow man, he felt called to give whatever he was able to benefit another. He didn’t wait until he was a millionaire to make the gift, he gave what he was able and without reservation.

As we enter into Holy Week, we pray for God to reveal in our lives opportunities to give alms. Praise the Lord!