Home/Ministries/Gifts of Transformation (Pt. 1)
Previous Next 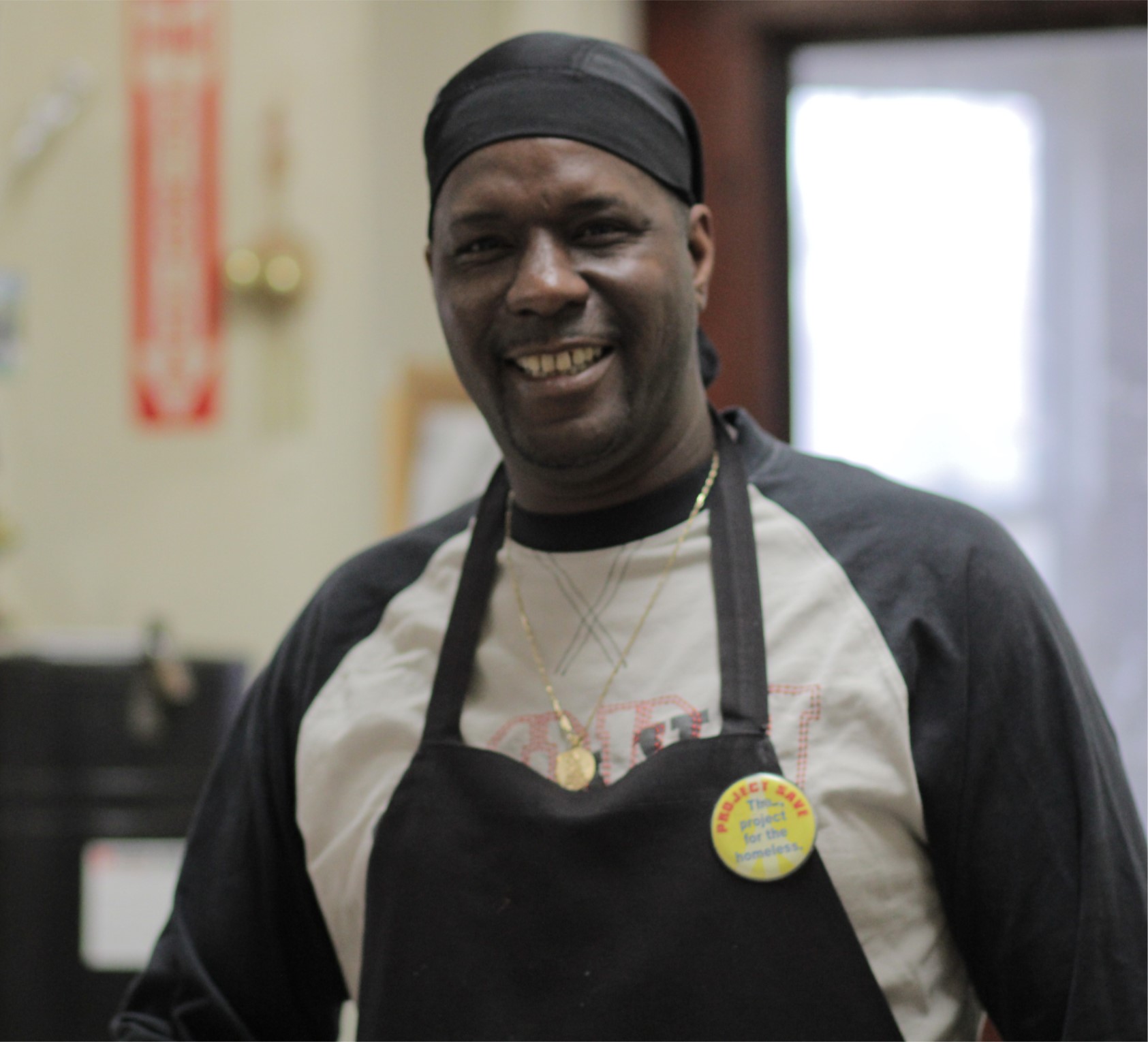 “I try to change the language,” Carl says, his voice deep and direct. “These are our brothers and sisters…our citizens, our community.” At St. Herman House Cleveland, “changing the language” is key to the ongoing transformation that Carl Cook, head chef, sees in both his life and the lives of those who come to St. Herman’s for food, resources, and fellowship. He’s proud of the fact that, since 2012, over 70,000 hot meals have been served annually at St. Herman’s. But Carl also knows that words, like meals, have the power to nourish and restore.

How does Carl know this? And how does his ability to see the human face in a long dinner line speak to you, and me? He’s been in those lines himself. Twelve years sober, Carl has known homelessness, hunger, and addiction. His story of transformation is both honest and surprising, challenging and inspiring. For me, it both opens my eyes and encourages my heart, which is more prone to worry than to hope. And for FOCUS North America, it’s a living icon – in Carl’s story of change and renewal, we not only see a life transfigured, but a whole community transformed.

Carl’s journey to being St. Herman’s head chef starts in a surprising place – a middle class town, his father a politician and his mother a loving, doting presence. What plagued him was not a lack of privilege, but a learning disability. Carl was diagnosed with dyslexia at an early age, and its presence in his life brought him serious challenges and shame. His family “hired the best tutors…(and) my parents made sure I had the best education and the best tools,” but his confidence and sense of self took a very direct hit. The stress of his learning disability led him to secretly try a sip of alcohol at a family party, and by the age of twelve, he was sneaking alcohol into thermoses on camping trips; after culinary school, heroin and cocaine entered his life. He comments on how his journey into addiction came from a deeply personal, spiritual need. “Your only sickness,” he says, “is secrets. I hid it from my parents, I did different things my parents wanted me to do to make them happy. I kept (my addictions) secret from my parents for many, many years”

By 2005, Carl’s addictions were secrets no longer. After time in prison and alienation from his family, Carl found himself in an alley, drunk on wine, hoping that the police didn’t see him sneaking alcohol. He felt “comfortable, too comfortable” with his addictions and his isolation. And suddenly, he says “God just sent this clarity. My whole body froze. I could hear my (dead) father just talking to me…I had to make a very profound decision.”

That decision was sobriety. Ten months later, Carl was sober and working for a nonprofit’s hunger program, and in 2013, he took over as head chef for St. Herman’s Cleveland. His experiences on the street shaped his vision towards understanding homeless people as persons, not just statistics or passing faces.

“It starts with the name “the homeless,” he continues. “When we take away the word “homelessness” and look at a person, we may be open to see an individual. It starts with me and my team to look past homelessness and more at the individual and open the door to relationship.”

That word relationship is what strikes me as I look at myself and the work of FOCUS. I consider myself to be an educated advocate for the poor, the homeless, and the socially disenfranchised in America. I share impassioned posts on Facebook, I support FOCUS North America, and as part of a future clergy family, I wonder about the ways Orthodox Christians understand systemic poverty. I worry that, as FOCUS Executive Director Seraphim Danckaert writes, we are not contributing to “the most neglected facet of spiritual life and revitalization” in our ministry and parish life: loving, reverent relationships with people and communities that suffer from social injustice. And as we see our national life become more contemptuous and divided, my worry increases. What are we doing? What am I doing? Who will help the huddled masses on my Facebook feed, the countless statistics about food insecurity and families in shelters numbing and breaking my heart at the same time?