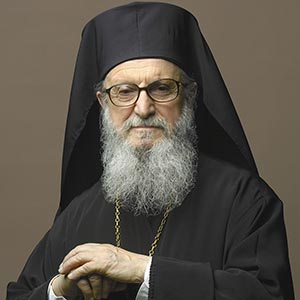 NEW YORK – His Eminence Archbishop Demetrios of America expressed the sympathy and heartfelt condolences of the Greek Orthodox Archdiocese of America to the Prime Minister and the people of Greece, for the loss of lives in the tragic torrential rains and resulting flash floods in the region of western Attica.

The Archbishop who has been closely following the suffering of the people in the area, sent a letter to Prime Minister of Greece Alexis Tsipras in which he states,  “the sincere and wholehearted participation both of myself and the clergy and laity of the Church and the Omogeneia in the inconsolable mourning for the victims of the terrible calamity which struck the area of western Attica in recent days.”

“Our fervent prayers and our warm love are with the families of those affected by this unexpected disaster and we express our hope and belief that this tragic event will serve as an opportunity to increase harmony and solidarity among our Greek brethren.”