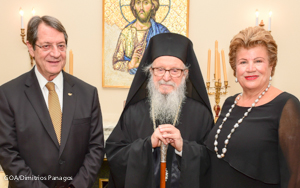 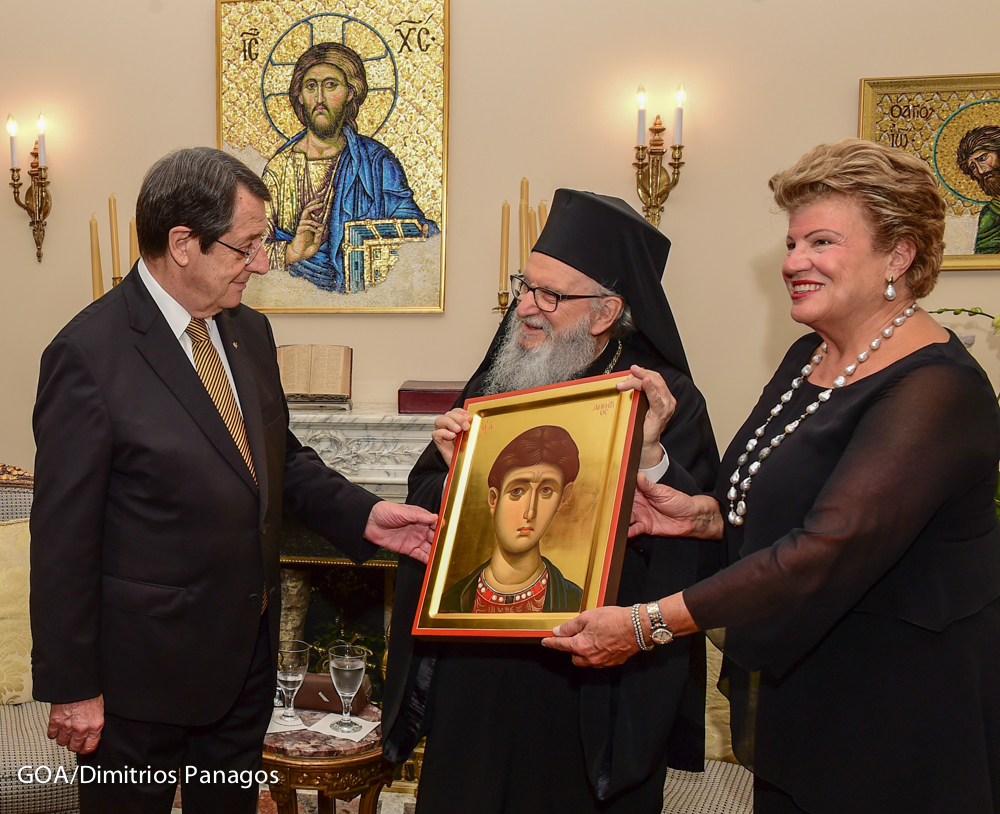 NEW YORK – His Eminence Archbishop Demetrios of America welcomed yesterday evening, September 21, at the Archdiocese Headquarters, the President of the Republic of Cyprus Nicos Anastasiades, who is visiting New York for the United Nations General Assembly.

President Anastasiades talked about the last negotiations for a solution in Cyprus and the impasse created by the Turkish side, as well the steps being taken to restart negotiations and reach a just and fair solution to the problem of Cyprus.

Following their meeting in the Archbishop’s office, the two leaders attended the 2017 Testimonial Dinner of the Federation of Cypriot American Organizations at terrace on the Park, in Flushing Meadows Park. This year’s event honored with the Freedom Award the Minister of Foreign Affairs of Greece, His Excellency Nikos Kotzias. Foreign Minister Kotzias was recognized for his support of the national effort for a just and viablesolution to the Cyprus national problem, as well as his significant contribution during the crucial moments of the reunification talks. The award recognizes individuals who have made a meritorious contribution to the security or national interests of Cyprus, and world peace. 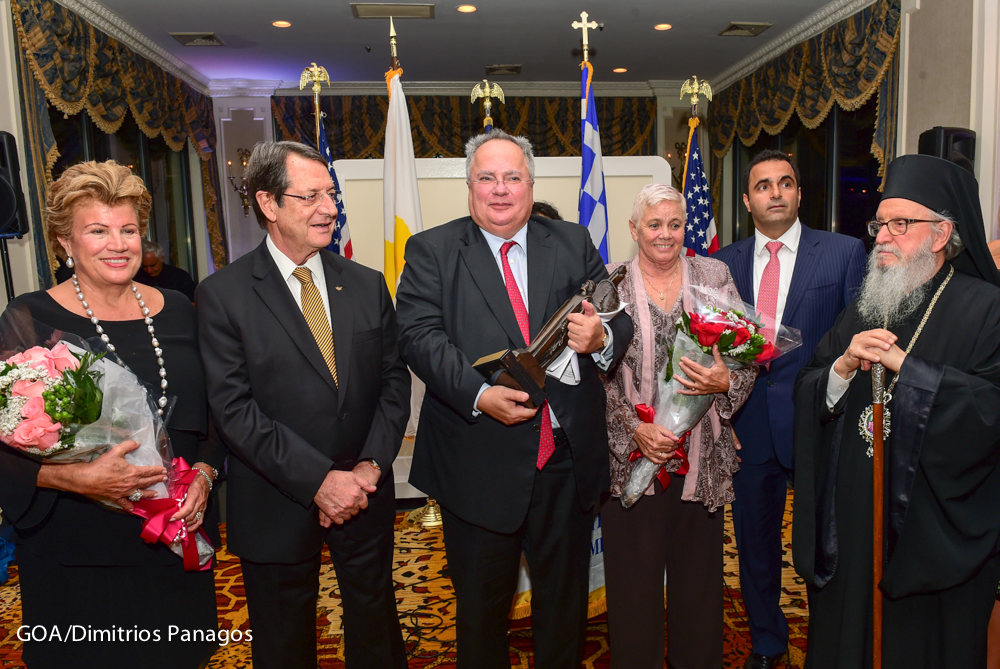