In June of 2017, FOCUS North America welcomed Seraphim Danckaert as our new Executive Director. Danckaert graduated from Holy Cross Greek Orthodox School of Theology in 2007. Since then, he has held a series of roles in fundraising, strategic planning, and nonprofit leadership at three different organizations: Orthodox Christian Network, Princeton Theological Seminary, and St. Tikhon’s Orthodox Theological Seminary. He and his wife, Anne Danckaert, have five children and live in Detroit, Michigan.

Danckaert’s background in nonprofit leadership as well as his involvement in the Orthodox Church led to his desire to serve with FOCUS. Read on to hear more about his vision for FOCUS’ future. 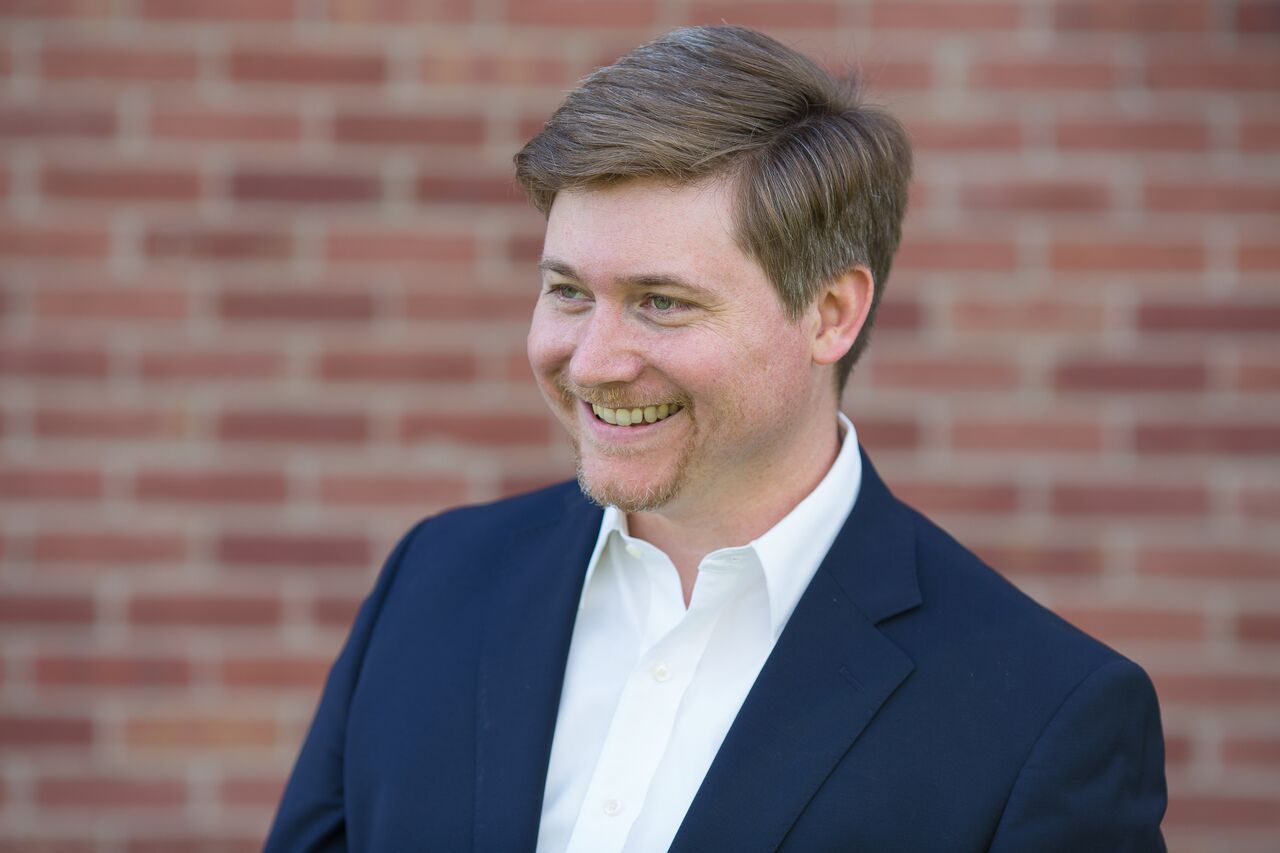 Welcome to FOCUS, Seraphim! Thanks so much for sitting down with me today. Tell me how your first few weeks have been here at FOCUS.

It’s been an amazing experience to get to know the staff, the volunteers, the donors, and the clergy all over the country who are so dedicated to our mission. We have an incredible network of people in the FOCUS family. I’ve been spending most of my time traveling, introducing myself, and getting to know them and hear their stories. It’s been a real inspiration.

My favorite story right now is from when I visited the Orange County Summer Feeding program. It was a Tuesday, and the kids lined up to receive their lunches. Theo Morse, who’s running the program there this summer, was talking to some of the kids. He said, “Guys, in a couple days, on Thursday, we’re going to do something special. You remember how last week on Thursday we all made nachos together? Well, this week we’re going to make pizzas.” Their eyes got really wide, and one of the kids standing in the front thought for a second and said, “Is tomorrow Thursday?”

It’s a shock to a lot of people to discover that there are hungry kids who probably live only a few miles from their house. The reality is that wherever you are in the United States, there’s a kid just like that little boy in Orange County who doesn’t have enough to eat.

Why did you want to work for FOCUS? What in particular excites you about joining FOCUS supporters in the work that they already do?

For me, it really boils down to faithfulness, if I had to put it in one word. Jesus calls those of us who wish to follow Him to serve the poor. I really believe that if we look to the witness of Scripture and the early Church in particular, the message we see is really clear. When we as members of the Body of Christ do not prioritize our call to care for those in need, then we falter. We falter spiritually as individuals, we falter as families, and I think we especially falter as the Church. So if we wish to serve God, and if we wish to see His Church flourish here in America, we simply have to dedicate more energy, more time, more focus, and more financial commitment to helping the homeless, the poor, and those who are less advantaged in our communities.

I see FOCUS’ mission, the work that it does, being at the very core of the Gospel and the core of our identity as Orthodox Christians. FOCUS in particular is unique among human services charities because of its Orthodox character. There are a lot of great charities that provide food, or clothes, or housing, or jobs, or medical care to those who are in poverty in the United States. But FOCUS does those things in partnership with local Orthodox churches and volunteers. We work in partnership very intentionally so that the people we serve don’t just receive meals, but connect face-to-face with volunteers –  Orthodox people of all ages who feel called to serve.

That’s really where transformation happens. That’s what excited me about FOCUS, because I think that doing service with that model is a far more faithful way to serve someone in need. It’s far better for them; it recognizes their inherent dignity as a human person created in God’s image. And quite importantly for the Orthodox Church here in this country, it’s probably one of the most neglected facets of spiritual life and revitalization. If we’re not faithful to God’s very clear direction to make some kind of preferential option for the poor, then we’re simply not going to flourish.

Building on that, which seems to be the core and the mission of FOCUS, what do you as the Executive Director put forth as your vision for FOCUS moving forward?

I want to see FOCUS be a catalyst and a partner working alongside Orthodox churches all over the country to serve the poor in ways that respond to local needs.

There are a few aspects to that vision. One is that we’re looking to strengthen and multiply the efforts that already exist for philanthropic outreach within the Church. We believe that working together across Orthodox jurisdictions and in a more intentional way can have a greater impact. And then the second part of our vision is serving the poor in response to local needs. We don’t want to be another charity that’s doing the same thing, serving the same people with the same programs. When we come into a new area, we look first to the Orthodox community. What are they doing, and in what ways can partnership make their philanthropic work even more effective? Secondly, where is there a gap in the broader community’s efforts? Where is there a need in the local community that no other nonprofit is sufficiently addressing?

As FOCUS develops that mission, how can FOCUS supporters get involved and participate in their local communities?

If you happen to live in one of the cities where we have a very established Center – Pittsburgh, Cleveland, Detroit, and Minneapolis – then go visit and get involved as a volunteer if you haven’t already. If you happen to be in one of the four locations where we have smaller programs that are poised for expansion, that’s also a great opportunity. Those places are Columbus; St. Louis; Beaver Falls, PA; and Orange County, CA. We have four very established ministries with a variety of really amazing programs and substantial volunteer opportunities as well as four more junior centers, you could say, where there’s a lot of potential for the future. God-willing, they will become significant ministries in the next year or two.

If you live elsewhere, get in touch with us about hosting a service event in your city or your parish. We have a variety of programs that might be able to come to your town. We do have operations in multiple cities where we don’t have centers, so it’s possible that we could do something with you wherever you are.

Do you have any final thoughts for FOCUS supporters?

We are stronger together. We can do more together, and we can witness to the vitality and faithfulness of the Orthodox Church with far greater clarity if we work together. I think that’s important, because there are many churches and philanthropic organizations within the Orthodox community that are already doing great things. But I think we can do so much more and be such a greater witness if we find ways to build deeper partnerships.