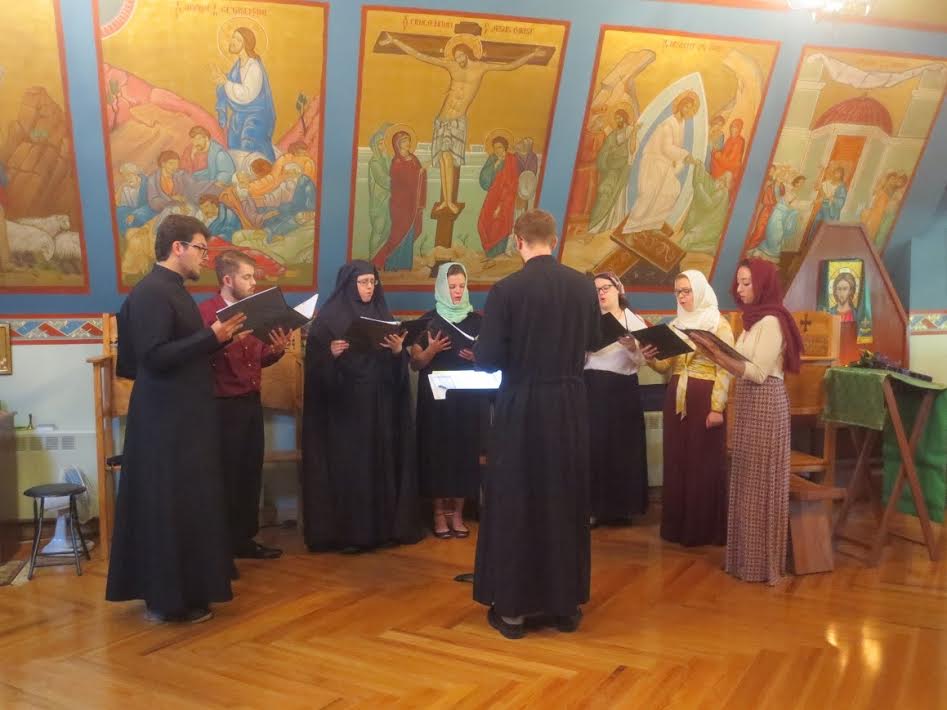 At the invitation of Mother Christophora, Abbess, and the Sisterhood of the Monastery of the Transfiguration here, young adults ages 18 through 29 participated in a weekend music workshop and retreat June 23-25, 2017.

“The group sang the responses to the Divine Liturgy at the monastery on Sunday, June 25,” Mother Seraphima said.  “In the afternoon, they also presented a public concert, which attracted nearly 70 people.” 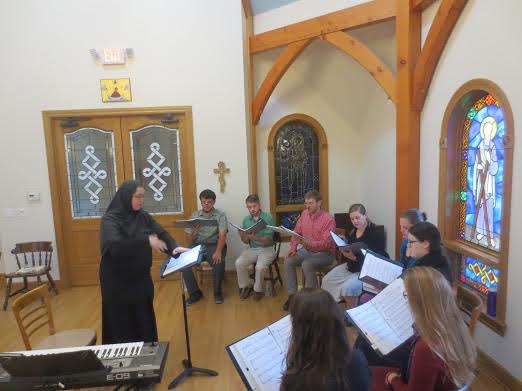 Recordings of the Divine Liturgy and afternoon concert are available on-line.

“In the past, families and friends enjoyed singing together for recreation and fellowship, but this practice has become rather rare in our current day of recorded digital music, often listened to by personal headphones,” said Mother Christophora in reflecting on the impact of the workshop.  “Singing is helpful for one’s emotional and spiritual health, known to relieve anxiety and stress, and fellowship among young Orthodox Christians can be enhanced by time spent together singing.  Knowledge of their faith will also be enhanced by learning to sing liturgical services, and parish choirs will benefit from the youth attending such workshops and returning home with new skills and new music.”

The workshop was held during the 50th anniversary year of the groundbreaking for the monastery, which occurred on August 11, 1967. 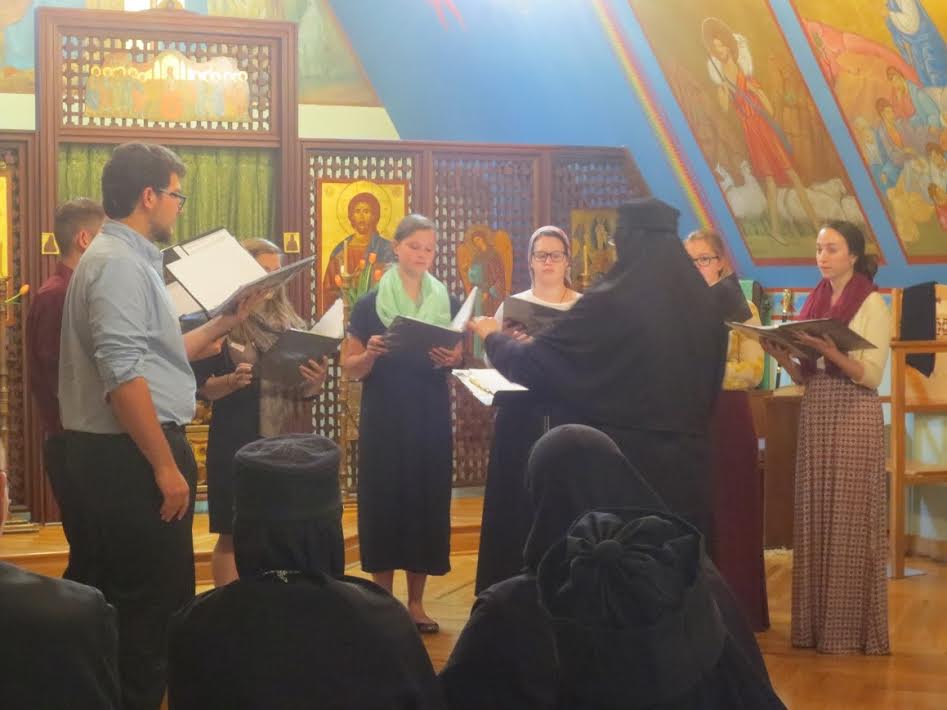 “In the early documents of the vision for the monastery, it is stated that a guesthouse would be built to offer traditional hospitality and that the monastery would especially reach out to youth who want to learn more about their Orthodox Faith,” Mother Seraphim added.  “Coincidentally, the day after the concert, work began at the monastery for the building of a new guesthouse, Tabor House, which will supplement the original, now aging, guest facilities.”

In related news, two one-day workshops for youth ages 18 through 25 are being planned for later this summer—on Saturday, July 29 and Saturday, August 19.  Interested persons should contact Mother Seraphima at .(JavaScript must be enabled to view this email address) to register.  There is no charge to attend the workshops, but space is limited, so early registration is encouraged.