Rev. Fr. Thomas FitzGerald, Professor of Church History and Historical Theology at Holy Cross Greek Orthodox School of Theology, was invited to speak at the Orientale Lumen XXI Conference held at the Washington Retreat House in Washington, DC, June 19-23, 2017. The theme of the symposium was “Chieti and Crete: Two Historical Events.” 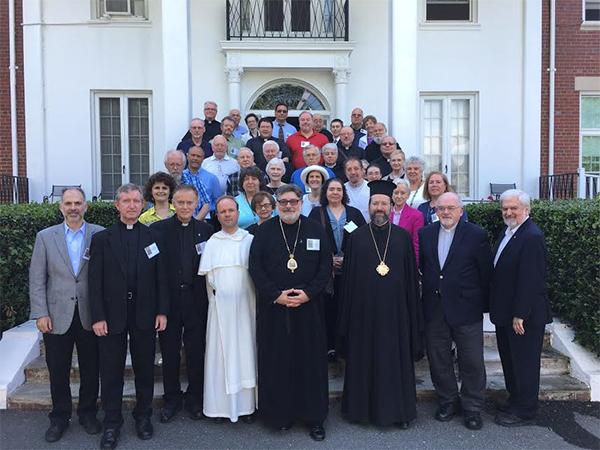 Rev. Fr. Thomas presented a paper on “Fifty Years of Orthodox-Catholic Dialogue: What Has Changed?”

Presentations were also offered by Archbishop Job of Telmessos, the co-chairman of the International Orthodox Theological Consultation, and by Rev. Fr. Hyacinthe Destivelle of the Pontifical Council for Promoting Christian Unity in Rome.

The Orientale Lumen symposium brought together over one hundred Orthodox and Catholic theologians, clergy, and laypersons from throughout the United States and Canada.

Rev. Fr. Thomas is recognized for his contributions to Orthodox theological discussions and dialogues with other churches and religious traditions. He is the Orthodox Executive Secretary of the North American Orthodox-Catholic Theological Consultation. Between 1994 and 2000, he represented the Ecumenical Patriarchate and served as the senior Orthodox theologian on the staff of the World Council of Churches in Geneva, Switzerland.