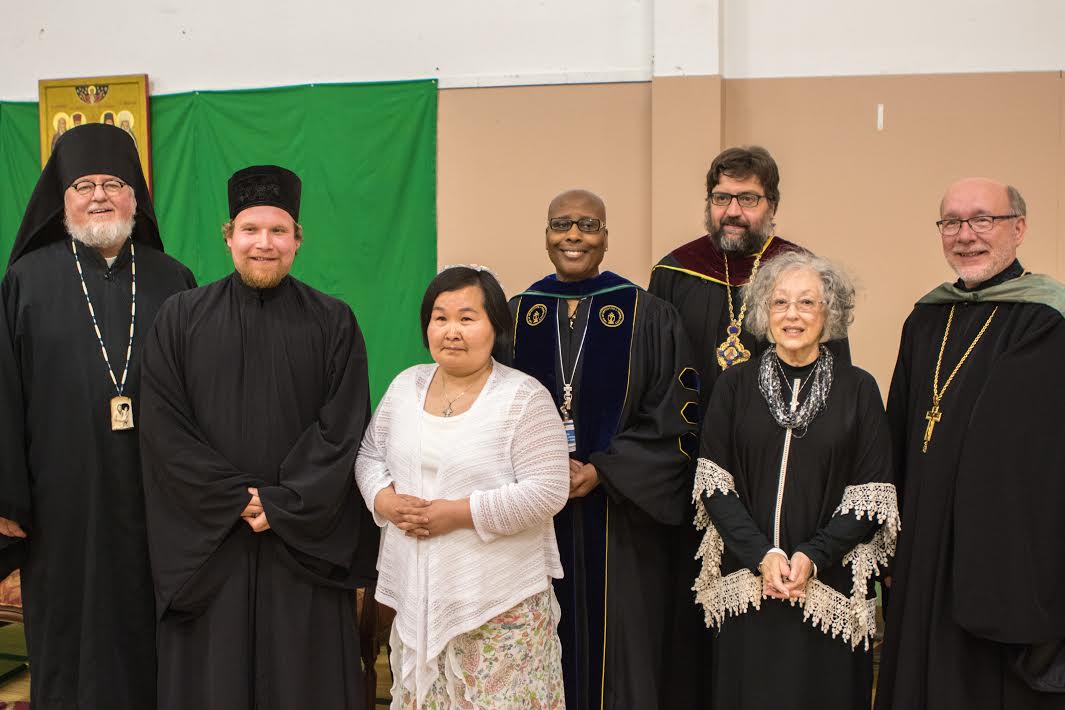 The members of the 2017 graduating class of Saint Herman’s Orthodox Theological Seminary [SHS], Kodiak, AK, were honored during the school’s 44th annual commencement exercises on Sunday, May 14, 2017.

The day opened with the celebration of the Hierarchical Divine Liturgy by His Grace, Bishop David of Sitka and Alaska, who was assisted by a number of visiting clergy from the Kuskokwim and Bristol Bay areas and the Kenai Peninsula.  During the Liturgy, Deacon James Keene was ordained to the priesthood, while Subdeacon Stephen Wood was ordained to the diaconate.  A festive dinner followed in the undercroft of Kodiak’s Holy Resurrection Cathedral. 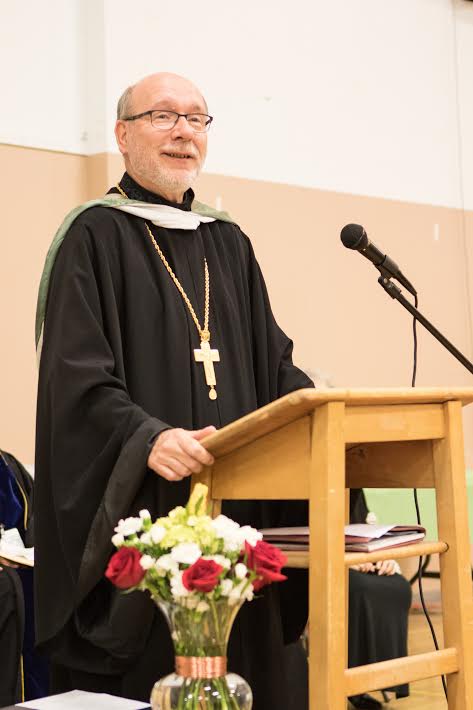 “Father David regaled the graduates with stories of his own seminary days and the deep influence his professors and peers had on him,” said Archpriest John Dunlop, SHS Dean.  “He also emphasized the importance of character and spiritual formation in Church ministry.”

Dr. Patricia Wilson-Kone of Providence Hospital Alaska presented Clinical Pastoral Education certificates to several students and reflected on the importance of one-on-one pastoral care.  Mary Ann Khoury, Director of Outreach Alaska, presented gifts and sponsorship checks to the graduates while recounting her own inspiring tales of coming to Alaska, traveling through the Bush and building a church in Bethel. 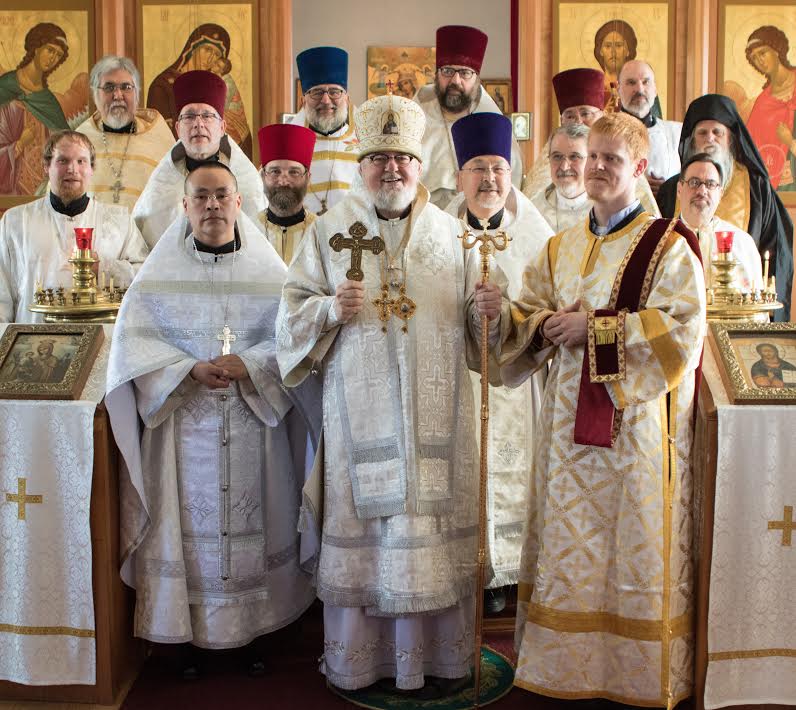 The ceremony closed with prayer, after which graduates and guests were treated to a tasty Middle Eastern Feast sponsored by Ms. Khoury and Outreach Alaska.

“The faculty, staff and students of Saint Herman’s give thanks to God for our new clergy who have begun their ministries and the opportunity to labor and learn in the northernmost vineyard of Christ, blessed by Saint Herman and all the Alaskan saints,” Father John said.

In related news, Saint Vladimir’s Orthodox Theological Seminary, Yonkers, NY, will hold its commencement exercises on Saturday, May 20, while Saint Tikhon’s Seminary will honor its graduates on Saturday, May 27.  His Beatitude, Metropolitan Tikhon, will be present for both ceremonies.