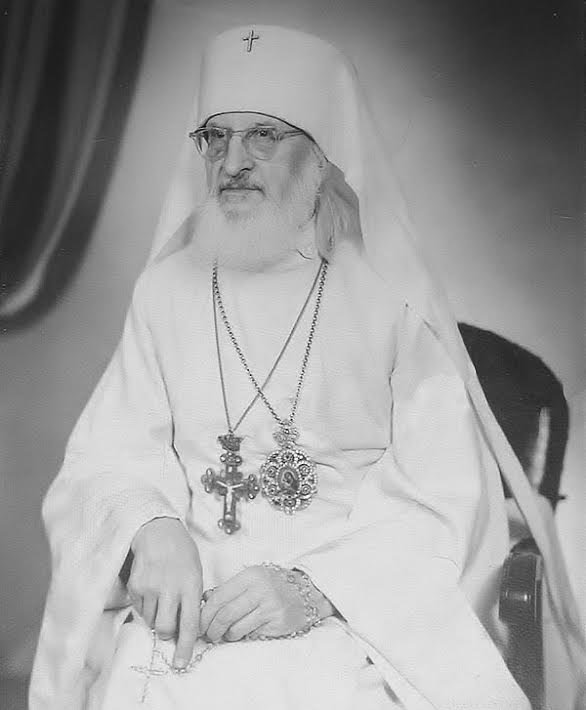 Metropolitan Leonty after his election as Primate in 1950.

Sunday, May 14, 2017 marked the 52nd anniversary of the repose of Metropolitan Leonty.  At the time of his repose in 1965, Metropolitan Leonty had been Primate of the Russian Orthodox Greek Catholic Church in North America—which is now known as the Orthodox Church in America—for 15 years.  He is remembered throughout the Church as a humble, wise and saintly hierarch and pastor.

On May 6, 2017, OCA Archivist Alexis Liberovsky delivered the Eighth Annual Saint Alexis Toth Lecture at Saint Mary’s Cathedral, Minneapolis, MN.  The title of his presentation was “Metropolitan Leonty (Turkevich): The Minneapolis Connection.”  An abbreviated version of his presentation, in which he recounts Metropolitan Leonty’s years as a priest in Minneapolis while overseeing the work of the seminary that had been located there in the early 20th century, is available on-line.

The reception that followed the lecture included engaging discussion and questions.  Attendees shared their own reminiscences of Metropolitan Leonty or those heard from their ancestors who remembered him as a priest in Minneapolis more than a century ago.  A photo gallery is available for viewing.

In related news, a new book comprising papers presented at the Symposium commemorating the 50th anniversary of Metropolitan Leonty’s repose in 2015, as well as other writings by and about him—some translated into English for the first time—is forthcoming from Saint Tikhon’s Seminary Press.

May Metropolitan Leonty’s memory be eternal!