Hellenic College Holy Cross Greek Orthodox School of Theology is proud to announce its 2017 Honorary Degree Recipients. Degrees will be awarded at HCHC’s 75th Commencement on Saturday, May 20 in the Pappas Auditorium, immediately following Orthros and Archieratical Liturgy in Holy Cross Chapel. 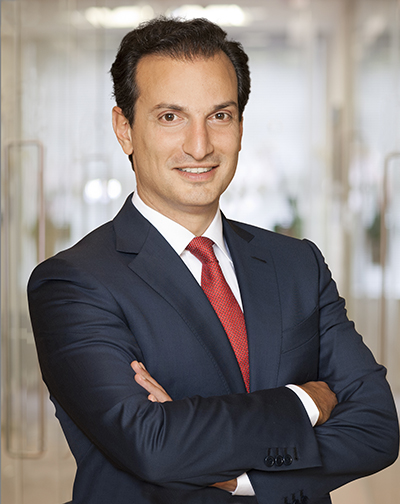 Mr. Logothetis is Chairman and CEO of the Libra Group, an international business controlling 30 subsidiaries active in 35 countries across six continents. The group is focused on aviation, energy, finance and diversified, hospitality, real estate, and shipping. ​He joined his family’s shipping company in 1993, becoming CEO in 1994 at the age of 19. In the ensuing years he presided over the company’s transformation from three vessels into a fleet of 55 before creating the Libra Group in 2003. Principal among Libra’s business values is a sense of community. The group expresses its responsibility to global communities through ten social programs and initiatives which seek to deliver educational opportunity, business opportunity, and acts of humanity towards people who are neglected, marginalized, or underserved. These programs span internships, educational fellowships, backing for entrepreneurs, aid for refugees, and support for charitable institutions and other non-profit organizations. The group’s most recent social responsibility program is the HOME Project—an initiative set up in Greece to provide a safe haven for refugees, and unaccompanied children in particular. Fortune included Mr. Logothetis in its 2014 “40 under 40” annual list of the most influential young people in business.

Mr. Logothetis is also Chairman of the Leadership Council of Concordia, a non-profit organization which seeks to promote public-private partnership and cooperation around pressing global issues.

He will receive an Honorary Doctor of Humanities from Hellenic College.

Among the many distinguished graduates of Holy Cross Greek Orthodox School of Theology, Rev. Fr. George Poulos holds a unique place in the history of the institution and in the hearts of his fellow alumni. He entered the seminary at the school’s original home in Pomfret, Connecticut, and was among the first to graduate from its new Brookline campus in 1948. He served as pastor of the Church of the Archangels in Stamford, Connecticut, for 53 years. During those years (1956-2009), Fr. Poulos oversaw the building of a new church, pioneered the use of technology to reach the faithful, wrote many popular books and articles, and served on numerous boards, including that of Hellenic College Holy Cross. His vision of a summer program in Greece for American youth, combined with his skill in negotiating with the Greek government, the Church of Greece, and other stakeholders on behalf of our Archdiocese, led to the creation of Ionian Village, where he served as the first Executive Director.

For media inquiries, please contact Kevin N. Kovalycsik at kkovalycsik@hchc.edu or by phone at (617) 850-1305.