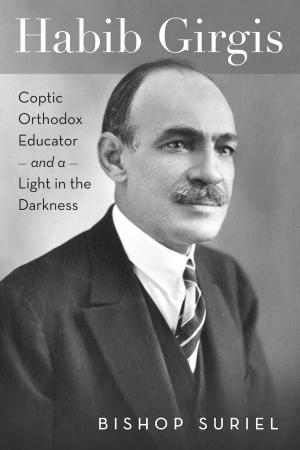 The volume is the second publication in SVS Press’s Coptic Studies Series, and His Grace’s presentation—which was titled “The Role of St. Archdeacon Habib Girgis in the Renaissance of the Alexandrian Coptic Church,” included a photo exhibition of images taken from the book. View the entire presentation here on YouTube.

The book describes Girgis’ six-decade-long career as an educator, reformer, dean of a theological college, and pioneer of the Sunday School Movement in Egypt over the first half of the twentieth century, and it includes his own publications as well as a cache of newly discovered, previously unpublished texts from the Coptic Orthodox Archives in Cairo. The volume sets in context Girgis’ work in the midst of the identity crisis and deep social vulnerability that Coptic Christians had been experiencing in their homeland since the mid-nineteenth century. It traces his agenda for educational reform for all age groups in the Coptic Church, as well as his work among the villagers of Upper Egypt. And, it meticulously details his struggle to implement his vision of a Coptic identity, forged through education in the face of a hostile milieu. 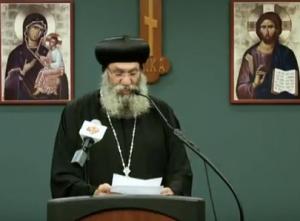 Heather J. Sharkey, associate professor of Middle Eastern and Islamic Studies, University of Pennsylvania, wrote in her review of the book: “This meticulously researched and beautifully written study examines the inspiring life of Habib Girgis…. Historians of modern Egypt generally, and of Coptic Orthodox and other Egyptian Christian communities more specifically, will appreciate this study for its sensitive yet rigorous treatment of a great twentieth-century educator who, in the words of Bishop Suriel, helped Egyptians ‘to give meaning to their own struggles… [and] to look within to understand their lives and to think of what lay beyond.’”

Bishop Suriel holds a Ph.D. from Fordham University. He is the Dean of St. Athanasius College in Melbourne, Australia, as well as Senior Lecturer in Religious Education, Pastoral Ministry, and Coptic History at that school. His grace also is the translator of The Life of Repentance and Purity, by Pope Shenouda III, the first volume of the Coptic Studies Series, which was a joint project with the St. Athanasius College Press.

The Reverend Dn. Gregory Hatrak, director of Marketing and Operations for SVS Press and Bookstore, welcomed Bishop Suriel to the Seminary, and in his introduction of him, he noted that The Life of Repentance and Purity was the “fastest-selling first print run,” ever at SVS Press. “In the first four months,” said Dn. Gregory, “we sold out 6,000 copies of that book, and now, we are well into the second print run.”

Deacon Gregory also expressed his appreciation for Bishop Suriel’s current efforts to illumine further the life of Habib Girgis, especially through the unique photograph exhibition he has compiled. “Many of the photos we will see today,” Dn. Gregory remarked, “have never yet been seen in the U.S., and some of them have never been seen outside of Egypt.”