It’s Thursday, Day 3 here in St. Tammany West. In the middle of our trip, I wanted to take the opportunity to ask the workers about their experience on the trip so far. So, this is Real Break New Orleans, as told by Eyvonnka Rizkallah, Maria Nasser, Meredith Ashton, Rose Ansara, James Jabbour, and Ben Solak. 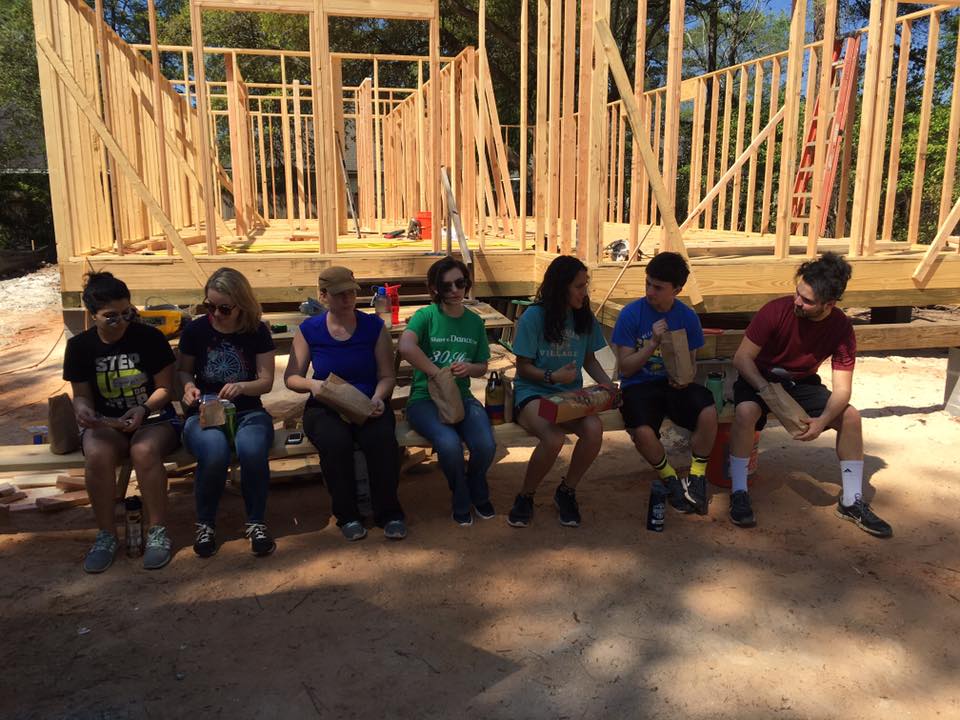 “It’s a really good mix. You get to do service but you also get to learn about an area I feel like a lot of people Know about but not the extent that people should. I know I’ve learned a lot about Katrina and the people here and how it affected them even though it was so long ago.”

“You’re not going internationally. You’re helping people who are in your country who may have been hidden in the dark.”

“Seeing as though I don’t have an OCF at my local university, this was my opportunity to get involved.”

“It’s a nice time to reevaluate where you are in your semester, by serving someone besides yourself. You also have the opportunity to enhance friendships and create new ones through the dioceses. Meeting new people through our faith can be difficult—we only have a few events throughout the year. But this is a unique, intimate setting. The group is small and you’re serving where you are. It makes it different.”

“It’s really like eye-opening, because I had no idea. Like seeing pictures and hearing things are one thing, but if you come down and you see all the damage in person that’s still here…it’s ridiculous.”

“It’s an intimate way to get to know a community that isn’t yours, and to be an Orthodox presence in that community is really cool, to share your faith. It’s much different than just going to New Orleans and going to restaurants and going to a party. You get to be directly in the neighborhood, be with the people who live here, get to know them and what matters to them. And that’s a really different experience than you’d get on a more traditional spring break trip.”

“The culture is so much different here from where I lived.”

“I thought it would take the mission trip aspect of things I’ve done in other places around the world and put it in my own country, so I could help people where I live, and I really liked that.”

“I was really excited about building homes for people who really need them. Putting our blood, sweat, and tears into everything we do. It’s a great way to bond with people who are from New Orleans. At the end of the day, you know that your hard work was going to contribute to something even bigger.”

“I wanted to go to Real Break New Orleans. It’s more fulfilling than going to Miami and partying. This is definitely real stuff. That’s why it’s called Real Break.”

If you want to follow Real Break NOLA, or any OCF event, be sure to follow OCF’s Snapchat @OCFMinistry. My caption game is fire.