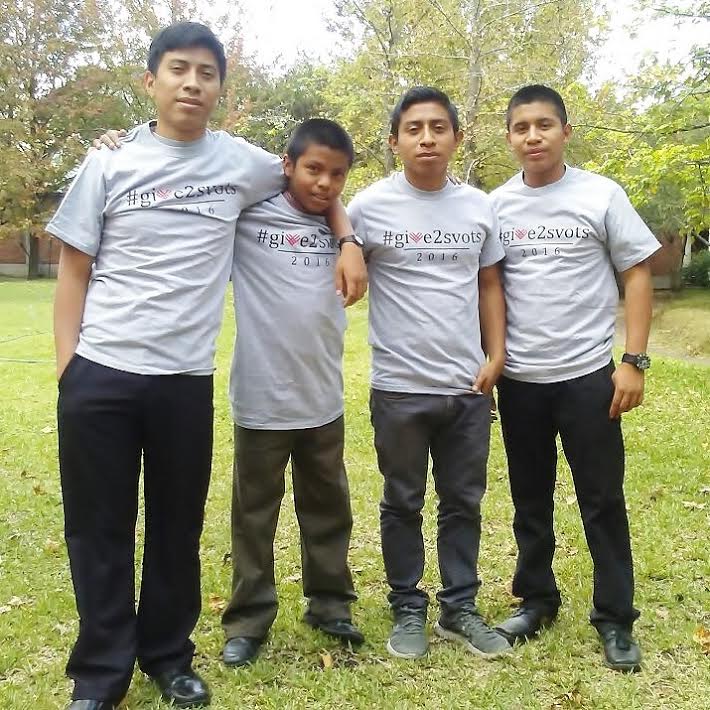 Young men raised and educated under the care of Mother Inés sporting their SVOTS #GivingTuesday t-shirts.

On November 29, 2016, Saint Vladimir’s Orthodox Theological Seminary [SVOTS] received $126,580.00 in donations for its annual #GivingTuesday campaign, and on March 13, 2107, the seminary gave one-tenth of it away.  In keeping with its annual custom regarding #GivingTuesday, SVOTS presented a tithe of its received donations to a select partner with a special need, in thanksgiving to God for the bounty it had received.

This time around that partner is the Instituto Estudios Interdisciplinarios Rafael Ayau [IEIRA], an online university in Guatemala that is educating 300 students from Central and South America, including Orthodox Christian young men and women who once resided at Hogar Rafael Ayau and San Miguel del Lago orphanages.  During a spring visit to IEIRA headquarters, Archpriest Chad Hatfield, President of Saint Vladimir’s, personally presented a check for $12,658.00 to Dr. Igumeni Inés Ayau García (aka Mother Inés), who is both Abbess of the Orthodox Monastery of the Holy Trinity and overseer of the Rafael and San Miguel orphanages, as well as Vice-Chancellor of the Senate governing IEIRA.

“This check for $12,658.00 comes with the love and respect of your sister Orthodox institution in New York,” Father Chad said during the presentation ceremony.  “I followed what you were doing with IEIRA and I thought, ‘What’s the best way that we can assist you?’… and so we decided, on #GivingTuesday, to use our own large internet communications capabilities from Saint Vladimir’s, which literally go around the world — currently, we have students on campus from 12 countries!”  [View a video of the presentation.] 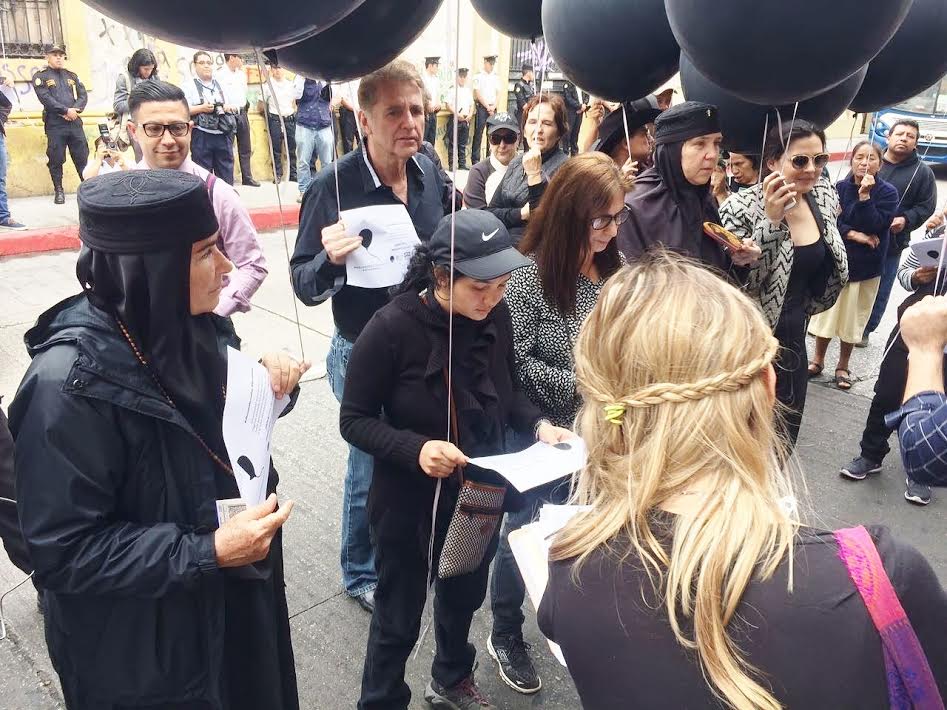 Mothers Inés and Ivonne among the crowd commemorating the loss of 40 teenage girls at a state-run facility and petitioning the government for an overhaul of laws governing orphanages and adoption.

The presentation took place just two days after a horrific tragedy at the Virgin of the Assumption Home, a state-run facility in Guatemala City, where a fire killed (by latest count) 40 teenage girls and a subsequent investigation uncovered issues of abuse and neglect in the institution’s management.

During Father Chad’s visit, Mother Inés not only expressed her gratitude for the funds for the university, but also asked that Orthodox Christians globally begin praying for a change in the laws that govern orphanages in Guatemala, in light of the recent tragedy.  Additionally, Father Chad, Mother Inés, and another monastic from her monastery, Mother Ivonne, attended a public commemoration ceremony on March 14 for the 40 young women who perished in the blaze.  At that ceremony, the two monastics presented a formal petition to the government, which included a call to their Congress to enact changes in their country’s present laws in order to help protect the abandoned children of Guatemala.

“This loss of young life,” Mother Inés stated in an open letter accompanying her petition, “has shone a bright light on the darkness that exists regarding the situation faced by orphans and underprivileged youth in Guatemala, where the laws are completely against them and anyone who desires to help them….  Pray for our country.  Pray for us.”