Home/Ministries/District Retreat Reflection | It Refreshed My Soul
Previous Next

As I was driving up to Oklahoma City last Saturday night for the Oklahoma/Arkansas OCF retreat, I remember thinking only of all of the work that I had to do. Physics labs, Physiology Exams, and the constant panic attack that is Anatomy at OU were swirling around in my brain as I tried to justify attending this event to myself. I certainly felt an obligation as the secretary of my chapter, and I also felt a certain pull, a pull similar to the one that gets me into church even on my most overwhelmed Sundays.

At the same time, I couldn’t help thinking that such an event was bound to be rather a waste of time, with little to nothing accomplished (it should be noted here that I am a VERY goal-oriented person. It’s scary, really). At the same time, I could acknowledge to myself that I had never felt this way back in high school when GOYA events rolled around. I had always looked forward to those evenings with anticipation, knowing that I would spend a pleasant evening, laughing and talking with friends that had become very important to me.

And again, driving along the empty, pitch-black Oklahoma highway, I felt the familiar sinking in my stomach when I thought of home and my wonderful church friends there. We spend our childhoods growing close to a small group of people that attend the same church. We develop our “Orthodox legs” with them, we go to Sunday school, corn mazes, and movies with them, hang out at each others’ houses, and maybe even date some of them throughout our high school years. They become a network that makes itself an additional emotional tie to our home parish.

When we go to college, though, if we go away like I did, that network ceases for nine long months every year. I, at least, have not developed the same emotional ties to the people in my OU OCF that I have to people back home. On a certain level, I don’t want to. I live for the summer Greek festival, Vacation Church School, times when everything goes back to the way it was before college.

Driving home from this retreat, however, I gradually became aware that I was happy to have made the long drive. I felt much the same as I used to driving home from GOYA on Saturday nights in high school: serene, peaceful, warm with the love of good friends. Even though we spent most of the evening playing Uno, the best part of which was definitely torturing the poor guy on my right with repeated skip cards and draw-twos, the entire night was infused with a sense of spirituality and closeness that is hard to capture during our busy, hectic weeks on campus.

More than that, though, this retreat had the camaraderie that is achieved when Orthodox people get together anywhere. Our Orthodoxy is a bond that we can feel even when we don’t know each other very well. I felt as though I was better acquainted with some of the people there after three hours than I am with some of my friends at school whom I have sat next to all semester. There is an ease that is hard to achieve with any other group of people. I was pleased that we were able to do a service project as well, making hygiene kits for IOCC.

Basically, I guess that what I am trying to get at here is that many of us miss our home parishes and our friends there terribly. While I don’t think that can be replicated in the same way, I do think that retreats like this allow us to recreate, at least ephemerally, those emotional, people-oriented ties that help to link us to the church.

I remember a friend of mine (from church, of course) back in St. Louis telling me how much easier it was for him to come to church on Sundays when all of the out-of-city college students came back than during the school year. Of course, we should be going to church for its own sake, and you will certainly never hear me say otherwise. However, we are made to be social and to love each other, and this love certainly does help to bring us to church. After all, we are weak and human.

And so, I am grateful for the opportunity to have attended this retreat. For me, it temporarily brought back my sense of those emotional ties, and refreshed my soul and sense of belonging to the church. Which, of course, is the entire point. 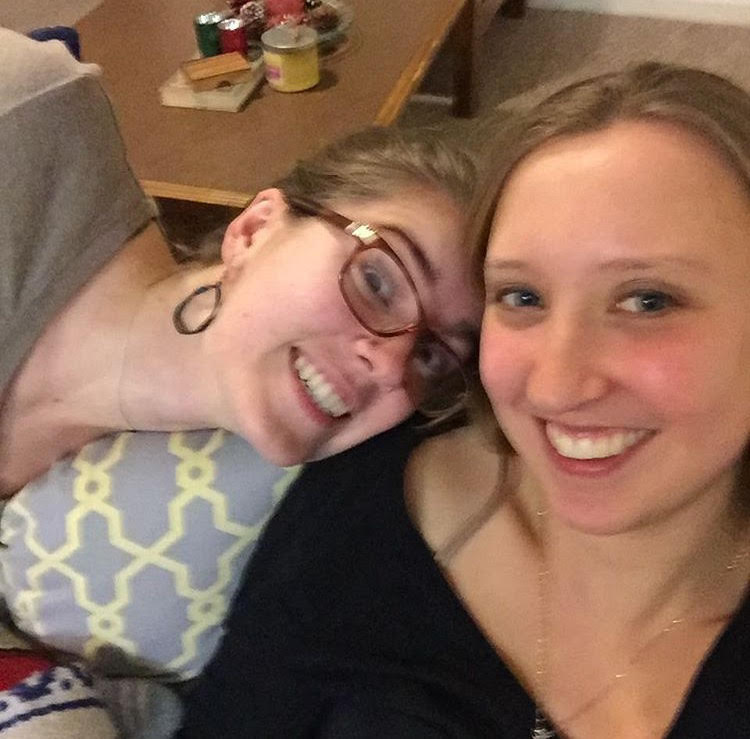 Clare Vogt is a sophomore at the University of Oklahoma, majoring in Nursing/Pre-med. She is from St. Louis, which she will tell absolutely anyone with great enthusiasm. She is the secretary of the OU OCF chapter, and can usually be found enjoying long walks or reading 19th century British literature in her spare time.