On Monday, February 27, 2017, the Archpastoral Message of His Beatitude, Metropolitan Tikhon for the beginning of Great Lent was released.

The complete text appears below and is available in PDF format for downloading and distribution.

All mortal life is but one day, so it is said, to those who labour with love.  There are forty days in the Fast: let us keep them all with joy [Canticle IX of the Canon, Monday of the First Week].

To the Venerable Monastics, Reverend Clergy and Pious Faithful of the Orthodox Church in America: 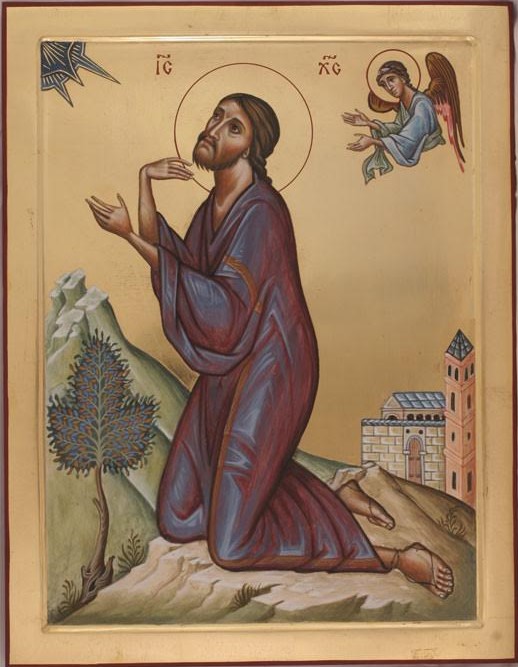 As the gates of repentance of Great Lent open to us and we take delight in the pleasures of the Fast, I ask your forgiveness for all the ways that I have offended or disappointed you, my brothers and sisters in Christ. The cross that each of us bears is one chosen especially for us according to our needs, but we recall the words of the Apostle, “God is faithful; he will not let you be tempted beyond what you can bear” (I Corinthians 10:13). I am grateful to all of you for your prayers, support and labors on behalf of the Orthodox Church in America and for your prayerful remembrance of her Primate and Holy Synod.

During these days, I especially recall the blessings of this week at the Monastery of Saint Tikhon of Zadonsk when the majority of the time, for both monastics and seminarians, was spent participating in the full and rich divine services offered. My hope is that each of you can find some time this week to preserve for yourselves some moments of spiritual rest and renewal, even as you attend to the necessary tasks of family life, work, school, and all the other responsibilities to which we must attend.

I have found the following passage from the Homilies of Saint Gregory Palamas to be an encouraging reminder of how the transformative effects of our liturgical and spiritual disciplines can be found universally through history. This great saint offered the following words in his 6th homily for the Wednesday of the First Week of Great Lent:

For the last two weeks our city was given over to gluttony and lack of self-restraint, and straight away we had troubles, shouting, fights, disturbances, shameless songs and obscene laughter. But this week when the fast came it made everything more honourable. It took us away from frivolity’s expensive cares, stopped us toiling for the sake of our useless stomachs, set us instead to works of repentance and persuaded us not to labor for the food which perishes but for the food which endures to eternal life.

Where are now the slaughter of animals, the aroma of roasting meat, the variety of sauces and the cooks’ best endeavours? Where are the men who run around the streets and pollute the air with their impure voices? Where are those who beat the drum and make music around houses and tables, and their devotees who join in with applause and eat their fill of the food set before them to the accompaniment of kettledrums and flutes? Where are those who spend their days and nights at parties, who are always looking for places to drink, who keep each other company in drunkenness and the shameful acts that result from it? Once the fast was proclaimed all these evils went away and all things good took their place. Instead of disgusting songs, mouths now sing holy psalms. Instead of obscene laughter, there is salutary sorrow and tears. instead of undisciplined outings and wanderings, everyone takes one and the same way to Christ’s Holy Church. If unlimited eating produces a dense swarm of sins, fasting is the root of all virtues and the foundation of God’s commandments.

We may not live in Thessalonica in the 14th century, but I know that every Orthodox Christian has experienced the change that takes place during the First Week of Great Lent, both inwardly and outwardly. Though we are a small and humble Church on a very large continent, I pray that we all may continue to bear witness to Christ in this fallen world and that, by God’s grace, the transfiguration of our hearts, our communities and our society by the light of Christ and the resurrection, will continue for the life of the world and it’s salvation.

Please forgive me and pray for me, a sinner.