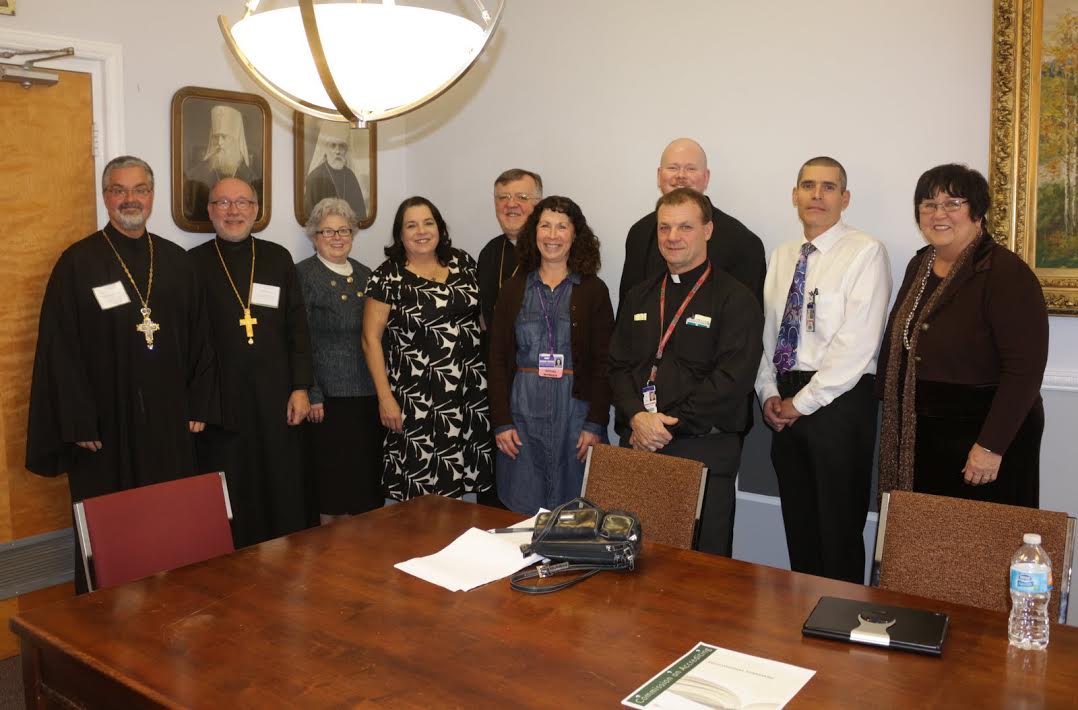 In a letter dated February 15, 2017, the Board of Commissioners of the Association of Theological Schools [ATS] informed Saint Tikhon’s Seminary that the school has been reaccredited for seven years, with no notations.  The news came as a result of the seminary’s periodic reaccredition review that occurred November 20-23, 2016.

“This is great news for the seminary, following several years of consistent and intensive preparation,” said Archpriest Steven Voytovich, STOTS Dean.  “We wish to express gratitude to all who assisted in this effort!”

Father Steven chaired the Self-Study Leadership Team directed by Dr. Paul Witek, Assistant to the Dean for Academic Affairs, and Dr. David Ford, Professor of Church History, who also served as Self-Study Editor.  His Eminence, Archbishop Michael, STOTS Rector, chaired the Self-Study Steering Committee, while Prof. Sergei Arhipov served as committee Secretary and respondent on behalf of the school’s library.  Michael Skor was one of several seminarians engaged in the self-study process—including those who had served as Student Government chairs in recent years—who continued to be integrally involved in developing the study’s final draft well after his graduation.

“Our goal for this review was for all dimensions of the seminary community to be engaged in and able to speak to the self-study process with the site visit team,” Father Steven added.  “Thanks be to God, it is wonderful to see such a strong outcome following our collaborative effort.”

The seminary also expressed gratitude to its new Accreditation Liaison, Dr. Barbara Mutch, and the site visit team that conducted the review.