Look, as far as the sacraments go, I can’t really speak to marriage or unction, and to be honest, my memory of baptism and chrismation might be a little fuzzy, but I feel pretty secure in saying that up to this point, the toughest sacrament with which I’ve dealt has to be confession.

It’s on my mind today because I had the opportunity to go this past week. It was…well, it was what it always was. Gut-wrenching and embarrassing, exhausting and renewing, rife with uncertainty and doubt and faith and repentance. I hope.

When I was younger, confession always made me cry. Now that I’m older…okay, so confession still makes me cry, but I think it’s for a different reason. When I was younger, I was so scared of confession, so mortified at listing all of the things that I had done poorly, that I cried tears of fear at the impending lightning bolt that was, no doubt, hurtling its way down to earth to wipe me from the face of the planet. I did not have a full understanding of what confession was, the purpose it served: I thought it was a listing of my sins.

I still don’t have a full understanding of what confession is, but I think I’ve got a better bead on the purpose it serves: it is, of course, about forgiveness. About wiping the slate clean. About washing away the muck. And now after confession, I don’t cry out of fear of the God that is far away, trembling with anger over the sinful man who dared come before him, but I cry out of fear as I run to the God who is close by, awaiting me with open arms as I flee the sins that I allowed to enter my life, that starting pulling me away from Him. I don’t cry because I’m afraid of God–I cry because I just came to understand what my life looked like away from God, and I’m afraid of that. 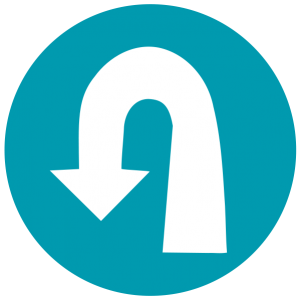 Fr. Noah Bushelli of St. Philip’s in Souderton, PA likes to remind us that repentance is inexorably linked to the Greek word metanoia, which means a change of mind, a conversion of thought. Fr. Noah likens repentance to an about-face, a turning around of the heart to face God. And no matter how far down we have gone on the incorrect path, if we turn around to face God, suddenly, we are on the right one.

During my confession this past week, I was very impatient. I didn’t understand why I was struggling with the same nonsense that had plagued me for years. I wanted to know what I was doing wrong and how I could fix it.

I think that’s the easiest thing to do to confession: think of it as an exam, one of those weekly quizzes teachers use to “check your progress”–ugh. We have to go to confession and recap our old problems, talk about our solutions to those problems, and then come up with new ones to share. If we didn’t evolve, if we didn’t grow from that past confession, no matter how long ago it was, to this confession, then we just flat-out failed.

Confession isn’t an every-so-often check-in with your priest/God. It’s not a progress report. It is a turning-around, a wiping away of the muck–it is the prodigal son in the pigpen who stood up, got out of the dirt, turned to face his father’s house, and began walking. And we fool ourselves into thinking that this is a one-time deal, that we better stay upright and on the path, at least until we get to the next pigpen, because if God sees us in the same pigpen…

See, it’s even weird to finish that sentence. If God sees us in the same pigpen, He’ll grow angry that we haven’t changed? We are sinful creatures stuck in a fallen, mucky world, and we all have our individual crosses to bear. Some will bear great doubt; some great pride; others great lust; others still great envy–but all will bear it and fight with it over long expanses of our life. To overcome great sin one must have great confession–and that means regular, heartfelt confession–great prayer, great sacramental life, great service, great worship, great love, and probably roughly five hundred other things I neither know nor understand.

We don’t get mad at a dish for getting dirty again, having worn it after we washed it! Nor do we wear a shirt out into the world, full of dirt and grime and body odor (looking at you, fellow college boys), and expect dirt to bounce off of it because we’ve already washed it once for that reason! And of course, we mean far more to God than a shirt means to us–how the more then will He care for us. “Purge me with hyssop and I shall be clean; wash me, I shall be whiter than snow,” the Psalmist says. Where was the ‘good for only 30 uses over lifetime’ disclaimer? Where was the ‘only works on each sin one time’ limit? 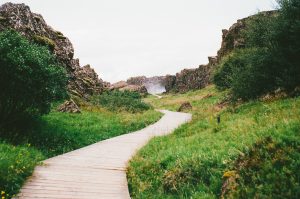 So go. Go to confession. Write down your sins before you go so that you don’t forget any. Stand in the church, facing God for what may be the first time in months, in years. That’s okay. You’re on the right path, now.