Annual DC March for Life to be held Friday, January 27

Home/Jurisdictions/Annual DC March for Life to be held Friday, January 27
Previous Next

Annual DC March for Life to be held Friday, January 27 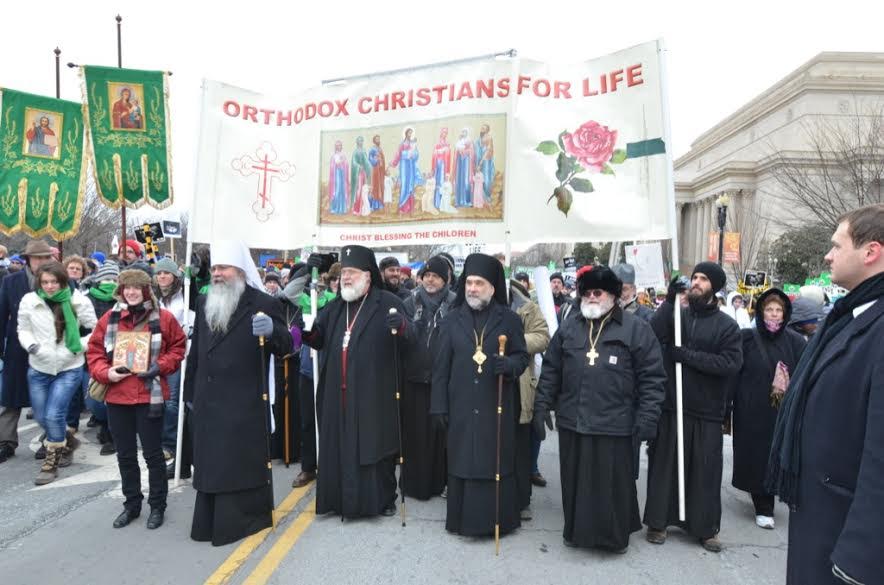 Metropolitan Tikhon with Archbishops Benjamin and Michael lead Orthodox Christians at the 2015 March for Life.

January 22, 2017 marks the 44th anniversary of the Roe v. Wade decision that legalized abortion in the United States, and Orthodox Christians from across the US will be among those gathering in the US Capital on Friday, January 27 to participate in the annual March for Life.  [Due to the inauguration of President-Elect Donald Trump, this year’s March will be held one week later than usual.  Sanctity of Life Sunday, however, will not be affected, and will be observed on January 15.]

His Beatitude, Metropolitan Tikhon will join other Orthodox Christian hierarchs, seminarians, and clergy and faithful from around the country in the annual March, which will conclude with the celebration of Memorial Prayers for the victims of abortion near the US Capital.

The theme of this year’s March is “The Power of One.”

The March will begin at noon on the grounds of the Washington Monument.  Orthodox Christian participants are asked to gather at the “Orthodox Christians for Life” banner, which will be prominently displayed to the right of the stage near Constitution Avenue, between 15th and 17th Streets North West.  Metropolitan Tikhon and other hierarchs will be present on the stage for the opening prayers and presentations prior to the March.

Metropolitan Tikhon also will offer the benediction at the annual Rose Banquet on the evening of the March.  General information on the March and the banquet—including details on making reservations—is available on the March for Life web site.  Information on Orthodox Christians for Life is also available.

Additional information will be posted on the OCA web site as it becomes available.