The Nativity Message of His Beatitude, Metropolitan Tikhon, is now available.  The complete text appears below.

The Message is also available in PDF format. 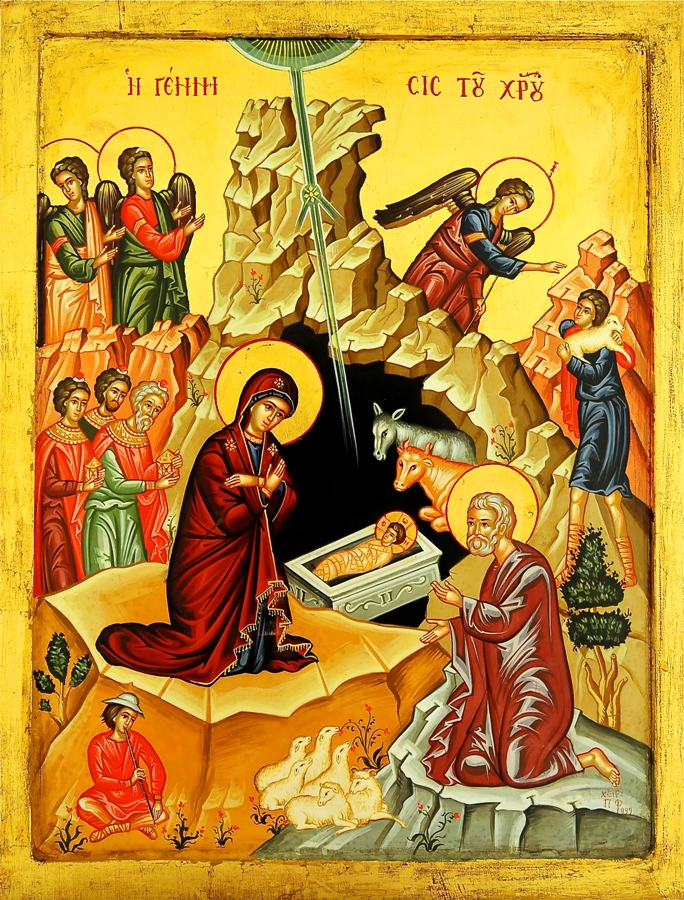 To the Honorable Clergy, Venerable Monastics, and Pious Faithful of the Orthodox Church in America,

My Beloved Brethren and Blessed Children in the Lord,

Christ is born!  Glorify Him!  In recent years, we have been increasingly invited to immerse ourselves in a multitude of “universes” as an alternative to our everyday lives. Most recently, yet another installment of the “Star Wars” universe was released, and surely there will be more to come, along with an endless array of similar cinematic worlds and virtual realities in the realms of sports, entertainment, the internet and in the media. While promising an escape from the mundane, such things often leave us still trapped in our own world of earthly passions and desires.

Today, as we celebrate the Great Feast of the Nativity in the Flesh of Our Lord, God and Savior, Jesus Christ, we are invited to immerse ourselves, not into the world of escape, but into that “strange and glorious mystery” by which we are transfigured and transformed, embracing the Kingdom of heaven while allowing the Lord to embrace us. We are offered the possibility of encountering, not dazzling “heroes” of the three-dimensional, high definition sort, but rather the simple beauty of the birth of the child Jesus.

In appearance, aside from its extreme austerity, there is nothing externally noteworthy to behold: a woman gives birth in a cave and lays her child in a manger. But it is precisely through these simple realities that a great mystery—the pre-eternal God embracing our human nature in its fullness—is revealed to the universe. “He Who adorned the heavens with stars has been well-pleased to be born as a babe, and He Who holds all the ends of the earth in the hollow of His hands is laid in a manger of dumb beasts.”

This mystery becomes meaningful to us through the liturgical and sacramental life of the Church and through our small efforts to live with Christian kindness. This is far more than being virtuous. As Father Alexander Schmemann wrote, “A kind person is kind because he or she accepts people as they are, covers them with kindness. Kindness is beautiful, the most beautiful thing on this earth. Virtuous people are activists, obsessed with the desire to impose their principles and goodness and easily condemning, destroying, hating…. In this world there is a lot of virtue, and so little kindness.”

Virtue is not the goal, but rather a life of humility and a struggle to discern the Lord’s very image in everyone whom we encounter. He “Whom in essence none can touch” is wrapped as a mortal in swaddling clothes that we might become “partakers of His divine nature.” If there is any element of escape here, it is rooted in the turning away from sin and the all-too-deceptive seductiveness of this world.

The grace of the Holy Spirit is not given to us for virtue or heroic asceticism; rather, it is rooted in the humility that transforms us as surely as the Incarnation transforms the universe. “Let the creation now cast off all things old, beholding Thee, the Creator, made a child, for through Thy birth Thou dost shape all things afresh, making them new once more and leading them back again to their first beauty.”

May the joy of this great feast transfigure us now, in the New Year to come, and every day of our lives as we await the fullness of the Kingdom of heaven, yet to be fully revealed, but already fully present in the life of the Body of Christ, the Church.

With love in the New-Born Christ,