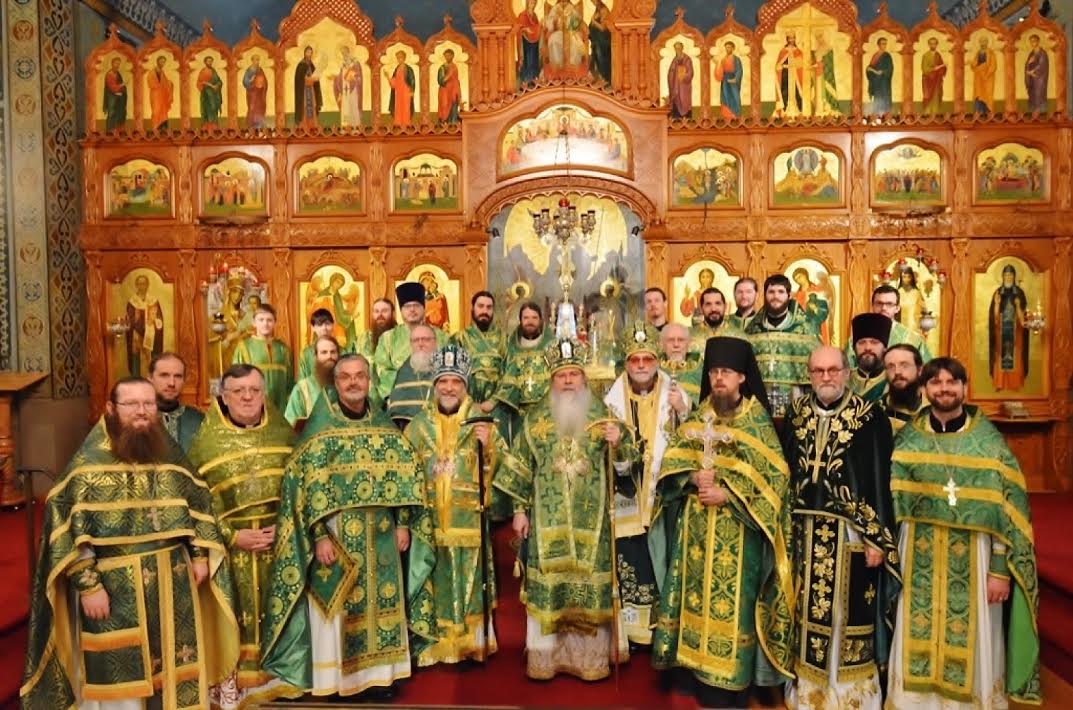 Despite the “arctic blast” gripping much of the US—not unlike that undoubtedly faced by Saint Herman of Alaska and his companions upon their arrival in Kodiak, AK in 1794—the feast of the Repose of Saint Herman was celebrated in parishes across the continent on Tuesday, December 13, 2016.

His Beatitude, Metropolitan Tikhon, presided at the celebration of the festal Vigil marking the 180th anniversary of Saint Herman’s repose on the eve of the feast and the Divine Liturgy at Saint Tikhon’s Monastery.  Concelebrating were His Eminence, Archbishop Mark and His Eminence, Archbishop Michael.  Many clergy from the region and beyond also participated in the celebration, during which Hierodeacon Herman [Majkrzak] was ordained to the holy priesthood.  Among them were Archimandrite Sergius, Saint Tikhon’s Abbot, and monastery’s clergy; Archpriest Steven Voytovich, Dean of Saint Tikhon’s Seminary; and Archpriest Chad Hatfield, CEO of Saint Vladimir’s Seminary, Yonkers, NY, who delivered the sermon.  The faithful also had an opportunity to venerate the relics of Saint Herman.

At the conclusion of the Divine Liturgy, Metropolitan Tikhon congratulated Archbishop Mark on the recent anniversary of his consecration to the episcopacy and Archimandrite Sergius on the anniversary of his ordination to the priesthood.  He also congratulated Archbishop Michael, Rector of Saint Tikhon’s Seminary; Father Steven Voytovich, Dean; and the seminary community on the successful recent visit of the Association of Theological School’s [ATS] accreditation team.

Later, the newly ordained Hieromonk Herman and members of the monastery and seminary communities celebrated a Panikhida at the grave of the late Protopresbyter Alexander Schmemann, who fell asleep in the Lord on December 13, 1983.