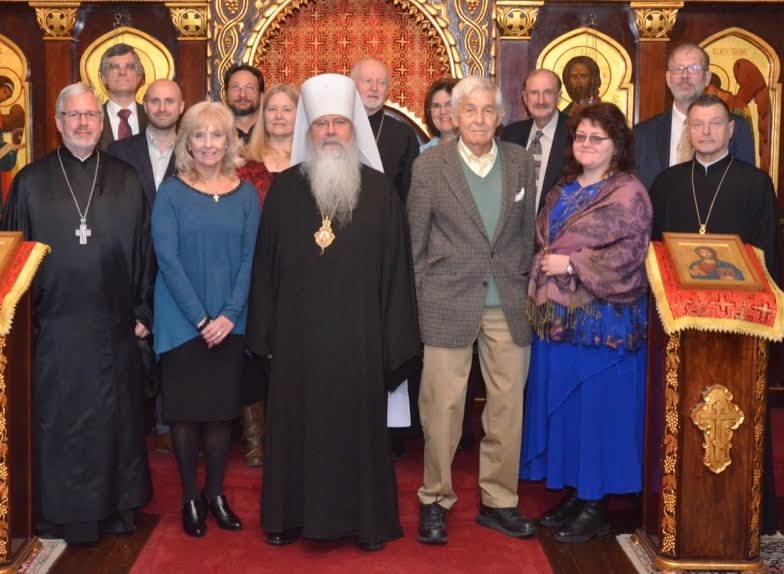 Members of the Archives Advisory Committee of the Orthodox Church in America held their third meeting at the Chancery here November 29-30, 2016.

In his welcoming remarks, His Beatitude, Metropolitan Tikhon noted the importance of preserving the Church’s history.  He stressed the role of archives in promoting the Church’s historical legacy to nurture her ongoing mission, not only through the preservation efforts of the OCA Archives, but also through the archival collections of dioceses, parishes, monasteries and institutions.

Alexis Troubetzkoy, committee Chairperson, expressed satisfaction with the committee’s progress since its establishment three years ago.  Alexis Liberovsky, OCA Archivist and committee Secretary, highlighted the work of the Archives in serving the Church by receiving visiting researchers and responding to a constant stream of historical information requests.  He also noted initial implementation of the recommendations of a professional assessment of facilities conditions in the OCA Archives conducted by highly qualified consultants earlier this year.

Committee members heard a report by Gregory Shesko on the features of the digital loggers for monitoring temperature and humidity recently purchased with donations from committee members, while Dr. Anatol Shmelev delivered a presentation stressing the need for digitization of film, audio and video recordings in the immediate future, due to their limited shelf life.  In an effort to facilitate cooperation in the preservation of historical treasures throughout the Church, the committee also heard presentations on the collections at the museum of Saint Tikhon’s Monastery by its curator, Archpriest John Perich, while the Archivist of the Diocese of Alaska, Daria Safronova-Simeonoff, spoke on the archives preserved at Saint Herman’s Seminary.  She also indicated various archival “best practices” implemented in that repository.  Matthew Garklavs, a committee consultant, provided an update on his ongoing work in indexing and digitizing the minutes of the Holy Synod of Bishops since 1970.  Father John and Mr. Garklavs serve as committee consultants. 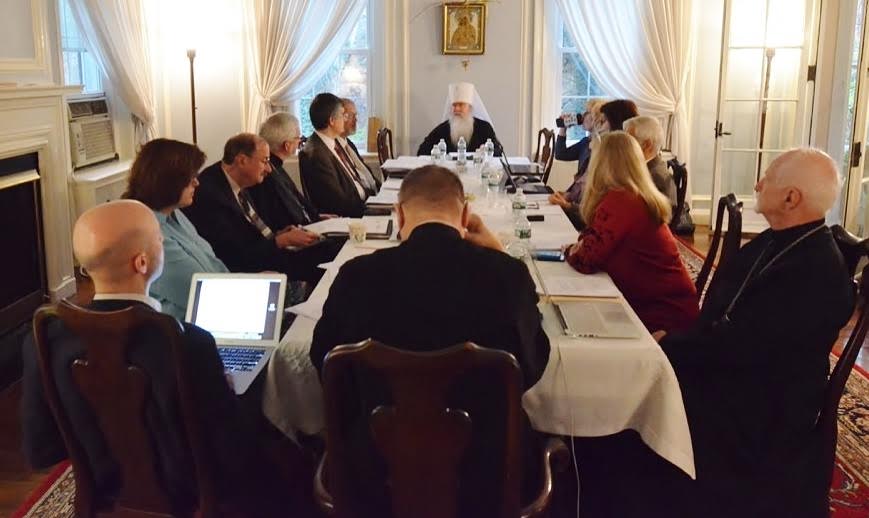 According to Mr. Liberovsky, the main focus of the meeting was to discuss the professional assessment of facilities conditions in the OCA Archives conducted earlier this year and to delineate priorities for implementation in terms of upgrading the current environmental conditions in the Chancery basement and improving preservation of the OCA Archives.  While acknowledging that the Archives cannot be adequately preserved in the basement in the long term, the Committee discussed several options for the Archives’ eventual relocation to a proper facility to ensure their adequate preservation for future generations.

Matushka Tamara Skvir outlined her volunteer efforts in assisting the OCA Archivist in processing a backlog of archival material.  The Archivist also reported on the assistance of an intern in the summer of 2015 and the prospects for intern assistance in the coming year.  Likewise, committee members discussed grant-funding possibilities.