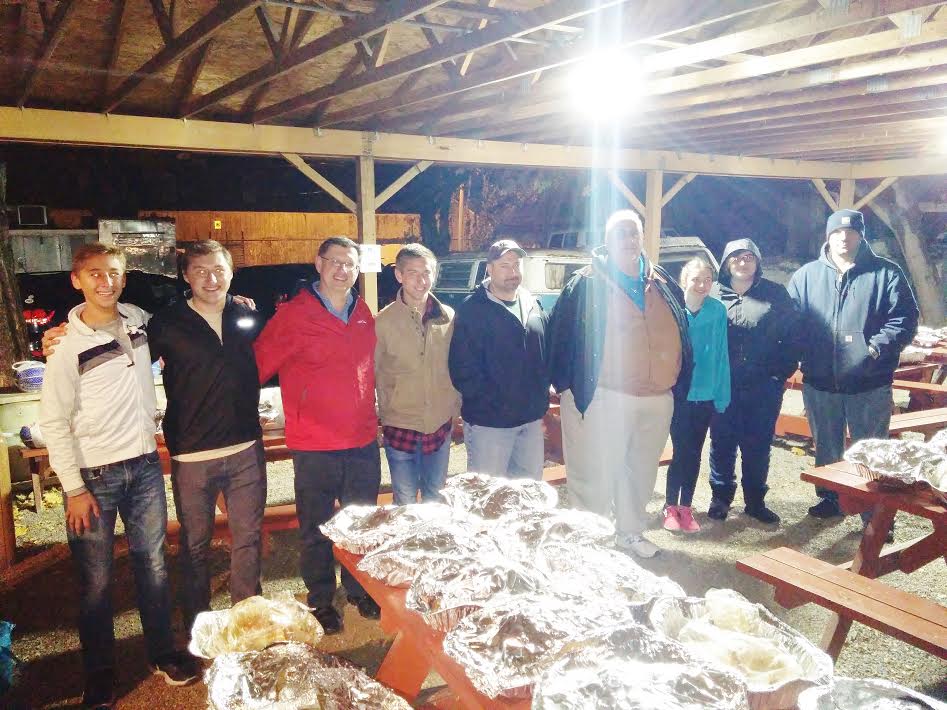 Many parishes and faithful across the country observed the recent Thanksgiving holiday by putting Matthew 25:35—“…for I was hungry and you gave me food, I was thirsty and you gave me drink, I was a stranger and you welcomed me….”—into action in their communities.

Every year, the faithful of Saints Peter and Paul Church, Lorain, OH, conduct a Thanksgiving turkey drive to brighten the lives of some of northeastern Ohio’s neediest families—and with ever-increasing needs, this year was no exception.

“On the eve of Thanksgiving, a group of parish men and youth dropped off 20 turkeys at Haven House, a Lorain homeless shelter and food bank,” said Priest Joseph McCartney, Rector of Saints Peter and Paul.  “We then drove to FOCUS Cleveland’s Saint Herman’s House of Hospitality, where we dropped off a whopping 125 turkeys!  These turkeys fed the homeless and needy in Cleveland on Thanksgiving Day and throughout the coming year.”

Saint Herman’s House is a men’s homeless shelter in Cleveland’s Ohio City neighborhood.  Founded in 1977, it became part of the FOCUS North America family on January 1, 2013.  In addition to sheltering homeless men, the house serves three hot meals a day, seven days a week, to men, women and children in the community—some 70,000 meals each year—and provides groceries and clothing to those in need.

A few hours southeast of Cleveland, Igumen Patrick and the faithful of the Holy Assumption of Saint Mary Church on Pittsburgh’s South Side partnered with the Pittsburgh Bureau of Police and the Rotary Clubs of Bethel-St. Clair and Northern Allegheny to bring joy to those in need by cooking and delivering Thanksgiving dinners through their annual “Get Stuffed with Love” program.

In the week leading up to Thanksgiving, Holy Assumption’s hall was abuzz with activity as volunteers gathered to cook meals for the 3,200 people who had requested them—up from 2,000 requests just a few years ago.  The piping-hot meals are delivered by Pittsburgh police officers.

“All requests were honored, no questions asked,” said one volunteer.  “We promised that their meals would arrive in time, and we delivered—literally!”

According to Heather Dieckmann, who heads the project, it takes two months of organization and intense fundraising to raise the $6,000.00 need to prepare the meals.  And like clockwork, the helpers always make it happen.

“We start cooking on Sunday, so it’s Sunday, Monday, Tuesday, Wednesday night and then we’re here on Thursday so it’s a lot of time away from the families and I’m sure the people receiving the meals greatly appreciate it,” she told KDKA reporters. 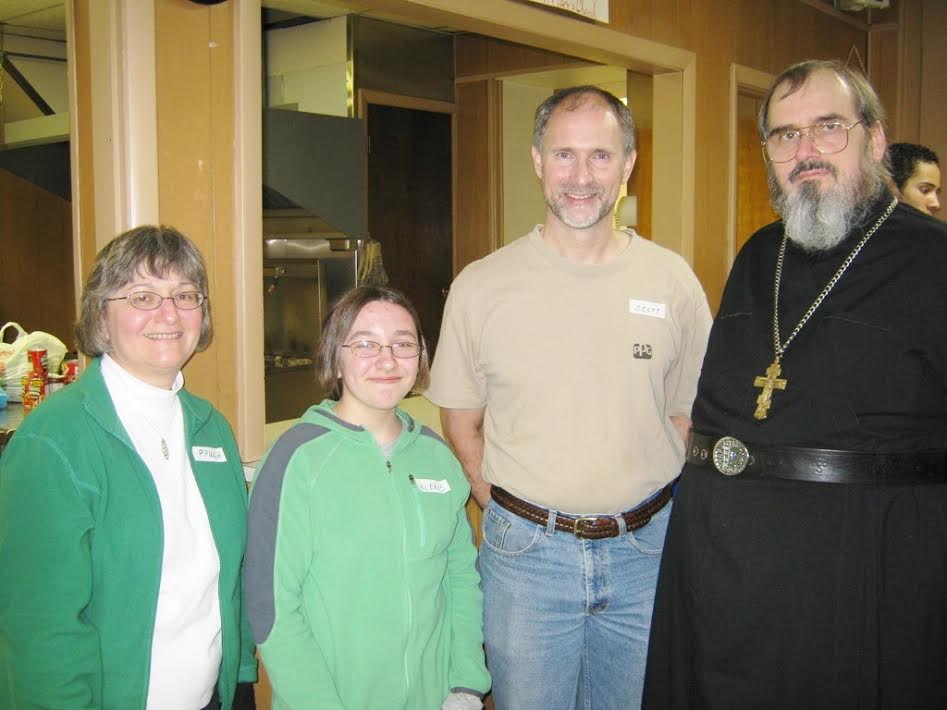 Igumen Patrick and volunteers at weekly food pantry on Pittsburgh’s South Side.

Over 70 volunteers helped load the meals into police cruisers.

“It warms my heart,” Officer Christine Luffey told KDKA.  “I get into my vehicle at the end of the day.  Sometimes I wipe tears and I truly count my blessings.  I’m so thankful for everything that I have.”

For those receiving meals, it’s an unbelievable blessing.  “If we didn’t have these, we wouldn’t have Thanksgiving dinner,” one recipient said.

The run-up to Thanksgiving Day isn’t the only time volunteers fill Holy Assumption’ hall, which is the site of the Saint Cyril of White Lake Food Pantry.  A cooperative ministry of local parishes and volunteers, the pantry distributes food to Pittsburgh’s poor and homeless every Thursday and by appointment.  Since its establishment in September 2010, over 35,000 people have benefitted from its ministry, which is totally funded by donations and volunteer help.

Faithful and parishes everywhere may still “put Matthew 25 into action” on a broader scale by making an on-line donation to FOCUS North America, which has partnered this year with the Stewards of the Orthodox Church in America to address similar needs in over 20 cities across the country.  See related story.

A wealth of inspiring articles with countless ideas on putting Matthew 25 into action is available from the OCA Department of Christian Service and Humanitarian Aid.