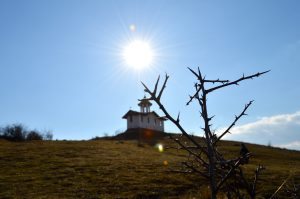 The most valuable thing Romania gave me is the recognition of the importance of family. I embarked on this journey feeling pity for the orphans, anxious that the language barrier and privilege differences would be far too great to allow us to successfully work and communicate with the residents of the orphanage. I have never 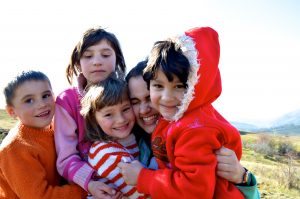 been so proven wrong. Upon our arrival, children were begging us to follow them to their homes, play with them, share their chocolates, sleep in their rooms. Our hosts fed us as soon as we arrived, the children and adults lined the one street of the village, peering through fences and out of windows to observe us – not as strangers, but as new members of the orphanage; new members of the family. By the end of the week it was so hard to bear the thought of leaving our new family, we woke at 5 AM to sit on the icy swing set and see our new brothers and sisters off to school; we waved goodbye to pieces of heart, rather than broken pieces of society–as people often consider orphans to be. 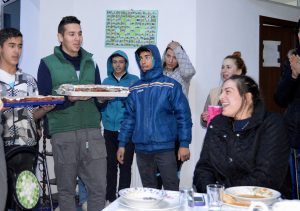 Nicole Farha not only spent her spring break in Romania, but also her 21st birthday – I would say what a martyr, but she definitely had more people celebrating her at Pro Vita than I did on my 21st. The orphans baked cakes, made cards and sang songs to celebrate their new sister, Nico.

I look forward to returning to the Pro Vita orphanage, and encourage anyone who has not been on a Real Break trip to sign up for this one! You will not only embrace humanity and Orthodoxy in a way that you’ve never before experienced, but also realize that warm showers, food other than fresh-baked bread and stews, and internet connection are mere luxuries in the grand scheme of things. They are completely unnecessary when you are surrounded by 150 of the brightest, most pure hearts. (Honestly, “Create in me a clean heart O God and renew a right spirit within me” takes on a whole new meaning).

If you love meeting a good, quirky, joke-box of a character, you have to go on this trip. From Pro Vita’s legendary Shakira constantly calling after you “Americaaaaaa, do your hips lie?” to the hoards of school children begging to play chase on the hillside after school, the laughs and jokes are absolutely endless. You’ll go to bed each night so thankful and exhausted–not from physical labor or mental stress, but rather from feeling so much love in your heart, laughing excessively with the orphans, and 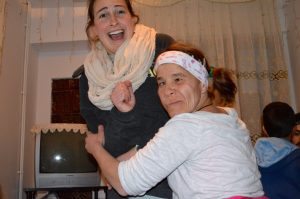 eating exorbitant amounts of carbs. From the endless amounts of children calling your name in the streets, to the voices of angels singing “O Pure Virgin” in Romanian just after you sing it in English, to the nightly reflections with your group and the final trip into Bucharest with royal treatment at the Patriarchate on the final day of the trip…this is the break from reality that you need. And lastly, you will make friends in your Real Break group that are truly a continuous blessing – no matter where you are in your life, Real Break gives you 10-15 instant friends who are always thinking of you and never fail to be there when you need a hand. I encourage everyone to participate in Real Break, it is truly a magical opportunity. 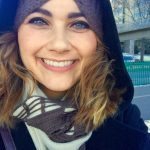 Mary Catherine Huneycutt is a recent graduate of the University of Houston – with degrees in Literature and Arabic. She currently lives in Beirut, Lebanon and is planning to attend law school in 2017. Hobbies include dancing at 90s night, cafe hopping (think bar hopping, but for introverts) and traveling.