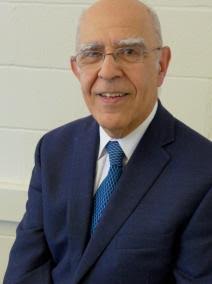 Dr. Patsavos earned his Doctorate in Theology from the University of Athens, Greece in 1974, and he subsequently taught at Holy Cross for 40 years.  His dual responsibilities of teaching Orthodox Canon Law and directing the school’s Field Education Program enabled him to experience the pastoral nature of the canons contextually in ministerial settings.

Currently, he serves as the Consultant on Canonical Affairs to the Greek Orthodox Archdiocese of America and other Orthodox jurisdictions in the US.  His commitment to ecumenical dialogue has allowed him to participate for over 25 years in the North American Orthodox–Roman Catholic Bilateral Consultation.

He has edited several volumes of the Greek Orthodox Theological Review and has published numerous articles and four books, his latest volume being A Noble Task: Entry into the Clergy in the First Five Centuries [Holy Cross Orthodox Press], which embodies the theory of the canons and patristic texts regarding priesthood and the praxis of ministry.

The Schmemann Lecture, which is open to the public, will be held at 7:00 p.m. in the Metropolitan Philip Auditorium of the John G. Rangos Building.  A reception will follow the presentation.