Home/Ministries/Are You Religious?
Previous Next

Quite honestly, I’m unaware of what “being religious” means in modern day society. I ask them to clarify. They say, “Well, you know, do you believe in God and stuff?”

As I scramble to find the right answer to this question, I always feel a bit embarrassed, thinking: Oh I was caught! They must know I belong to a group of people who participate in the transubstantial act of communion every Sunday and probably think I’m super weird for doing it. Sometimes I even feel ashamed. Now that I have “admitted” that I am a Christian, what will they think of me?

Unfortunately, Christianity in the United States does not necessarily have the best reputation among the average American citizen, as extremism floats to the top of media coverage, and a stereotype or stigma is born. If I say that I’m “religious”, I could be immediately pigeon-holed into a certain kind of person, who believes a certain set of things and expresses those beliefs in a certain sort of way.

Why is it that people so easily lump all Christians into one type of extremist being, one that passes judgment on other groups of people that are not associated with its ideologies? As an Orthodox Christian, this troubles me. We are suppose to show that we are Christians by our love, yet people assume that’s the last thing that we do. Are we not called to demonstrate this love? 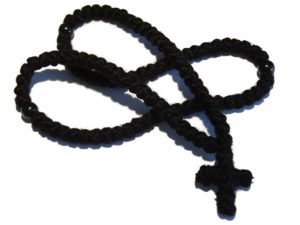 And “stuff”? Do I believe in “God and stuff“? If by “stuff” you mean I wear my cross around my neck and my komboskini around my wrist in an effort to stay centered on Christ, then yes I am “religious.” But do I pray ceaselessly like the monks on Mount Athos? Do I read my Bible every night? Am I able to attend OCF and Liturgy every week? No, I am not able to be as consistent as I want, but I do try. I think we all do, and that’s what matters.

The next time someone asks if I am religious, my answer will be “Yes, I try.” Because that is really what it comes down to; you make the conscious effort to believe in something that you know transcends fear, hate, and the evil that attempts to exist within Christianity itself. You love, and that is something we all are called to do. 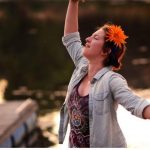 Claire is a sophomore at UC Berkeley studying Theater and Performance Studies and English. She currently attends Holy Trinity Greek Orthodox Church in San Francisco. Her favorite Saint is Saint Pelagia the actress and when not in church or the theater, she likes to spend her time exploring San Francisco, reading plays, and eating sushi.