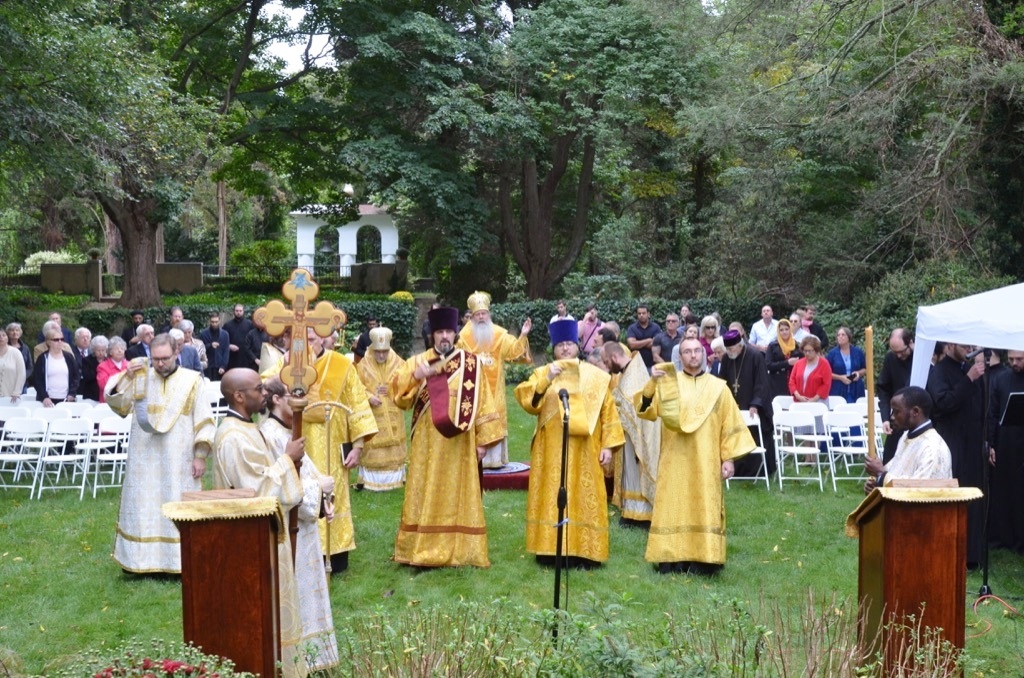 His Beatitude, Metropolitan Tikhon and the staff of the Chancery of the Orthodox Church in America welcomed area clergy and faithful and students from Saint Tikhon’s Seminary, South Canaan, PA and Saint Vladimir’s Seminary, Yonkers, NY at the celebration of the patronal feast of the Chancery’s Saint Sergius of Radonezh Chapel on Saturday, September 24, 2016.

The liturgical responses were sung by seminarians.  Also singing portions of the Liturgy was the choir of Saint Nino Mission, Brooklyn, NY, who also offered a short concert of Georgian folk music during the festive lunch that followed.

At the conclusion of the Divine Liturgy, Metropolitan Tikhon presented a gramota to David and Katherine Linke for their dedicated service assisting in the life of St Sergius Chapel and OCA Chancery offices. He also presented a “challenge coin” to Matushka Jessica Fuhrman in gratitude for her work as a member of the Chancery staff.

The celebration of the patronal feast day of Saint Sergius Chapel has become an annual tradition in recent years.