Every month, the OCF social media platforms will be featuring one of the nine regions of chapters. September is the month for the Mid-Atlantic Region, which encompasses Pennsylvania, Maryland, DC/Baltimore, Delaware, Virginia, and Eastern Ohio.

On the blog, I’ll be asking the Regional Student Leader–for Mid-Atlantic, the lovely Rachel Howanetz–for a few names of people in their region who are absolutely rockin’ it. It’s an opportunity for every region to showcase and share that which makes them unique and awesome, and hopefully all the regions can learn from and grow with each other.

So, without further ado, your Mid-Atlantic All-Stars! 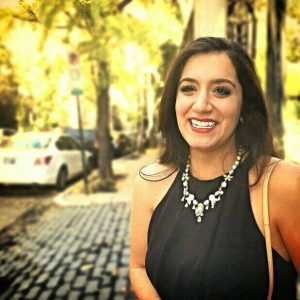 My name is Nicole Mansour, and I’m a junior at Georgetown University, majoring in Global Health and minoring in Economics. One fun fact is that I am the Interfaith Coordinator for Georgetown’s OCF, and the most important part of my position is to organize weekly Interfaith Sandwich-Making events, during which students from all faith groups come together, assemble about 100 sandwiches, and donate them to the nearest homeless shelter. It’s a great way to facilitate interfaith dialogue and service!

How did I get involved? I honestly don’t know where to begin. I could say college, or high school, or even middle school. I was known as “The Dictator” because I was the teen group Consul for so long…I promise that I was voted into the position every year. The community of Orthodox Christians has always been so valuable to me, both spiritually and emotionally, so when I came to college, it was one of the first things for which I looked. In a place so different from my hometown, I could still feel at home.  I am a very active member of Georgetown’s OCF, and when I was told that I could get even more involved through the District Leader position, I felt that it was only natural to apply. And now I have the most wonderful opportunity to serve as the District Leader for the Washington D.C. to Baltimore area.

So you’ve had a lot of OCF experience–what’s one of your favorite memories?

Last year, our Georgetown OCF actually had the opportunity to travel to Boston to visit Holy Cross Greek Orthodox School of Theology for the weekend. The retreat was so refreshing, filled with theological discussions and tours of the majestic city. While retreats are typically hard to schedule (and harder to plan), the impact on each one of us (especially me) was not only enormous, but uplifting as well. It reminded me of the breadth and depth associated with Orthodoxy, and how the support network of Orthodox Christians expands far beyond the gates of Georgetown or any campus OCF. (sorry if that was too preachy…)

It wasn’t–I was a big fan. So, any advice you could give to District Leaders across the nation?

Advice? To be honest, I can typically use more advice than I can give. Perhaps I can share some of my goals with the hope that other District Leaders share similar goals. Firstly, as a District Leader, I want to be a support system for thriving, struggling, and potential OCF chapters. Secondly, I hope that our district retreats will be both spiritually enriching as well as applicable to our college lives. Thirdly, I wish to be a good representative through my actions as a person of the Faith and in leadership to non-Orthodox Christians, so that they might better understand what Orthodoxy is.

Hi! My name is Stephen Yamalis and I am a Junior Information Systems major at Carnegie Mellon University. Some fun facts about me are that I’m an avid SnapChat user and in 2013 Selena Gomez posted pictures on her Instagram account that I am in.

Pics or it didn’t happen. 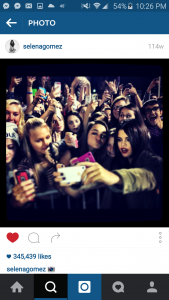 Respect. Alright, the Pitt/CMU chapter is notoriously dope. What are you guys doing that you’d like to share with us?

Our chapter does so many fun things that have almost become little traditions of ours that to us I believe is a staple of OCF.  One of those is Bible Olympics, led by our very own, Stephanie McFarland. For one of our meetings we get together, split into teams, and have to complete different activities like putting a list of Books in the proper order or matching Feast Days with the correct date. It gets a bit competitive for a change and is a big hit! Another cool meeting we’ve done was an open discussion, lead by our treasurer, Abay Tadesse, to talk about anything on anyone’s minds, and it really encouraged some deeper topics and great opportunities to learn about and from each other.

Something very important to our chapter that is new this year is that we wanted to make sure we are creating more opportunities to get together as a group and have a social chair, Nicole Yanouzas, who has organized all sorts of awesome things like late-night pizza outings and a Pirates game.

Something fun we have planned for October, which is Orthodox Awareness Month, is that we will be doing a “Church Tour” on Sundays. We are blessed to be located in Pittsburgh where we are surrounded by so many beautiful and welcoming Orthodox parishes. Therefore, we will, as a group, be visiting a different parish each Sunday. We are very excited for that!

I’ve had the opportunity to do so many amazing things with the Pitt/CMU OCF, from College Conference to the awesome meetings and social events we’ve gotten to do.  However, something that sticks out is something much simpler. Last year as an OCF chapter we read The Screwtape Letters by C.S. Lewis and each week at the beginning of the meeting would discuss little chunks of the book.

One of my Sunday School teachers, Mr. Brian Elderkin is a big fan of C.S. Lewis and graciously offered to come discuss the book and other related topics at one of our meetings. We usually end our meetings with half of the Small Compline service, so we went into the church after a great discussion and the lights were off. I know where the light switch was so I really couldn’t tell you why I didn’t just turn the lights on, but our OCF Secretary, and now your very own Media Student Leader, Dan Bein came up to me with candles and said, “Hey, why don’t we try a candlelight service?” And that’s just what we did. We got in a semicircle around the altar, each holding candles and standing close together to share the books.  It was a simple thing, but it was very special and really captured the tight bond of our chapter, despite being a relatively large one. Of course, the opportunity could not be missed for #ocfIsLit posts to accompany pictures on social media. Very good times!

What about your advice for a Chapter President?

The advice I’d give to anyone else in a chapter president or officer role within OCF in general would be definitely to work as a team and don’t expect to do it all alone.  It’s definitely a group effort and I absolutely could not pull it off without the hard work and dedication of our executive board team, as well as all of our members who come to our meetings and make it all worth it.

The biggest piece of advice I have is also to take advantage of the opportunities to connect as a group. We are all going through similar stressful situations, pursuing further education, and OCF is truly an important source support to grow together.  Therefore, creating opportunities for us to all bond and create long-lasting relationships is essential as we strive to grow in Christ. It’s the little things and the extra social events that have helped make these friends dome of the closest friends I’ve ever had in just 2 years at school.

Hi! My name is Tim Daly and I’m the president of the Penn State OCF. I’m a senior getting a Management B.S. (Human Capital concentration), a Labor & Employment Relations B.A. (Human Resources concentration), a minor in The Legal Environment of Business, and a M.S. in Human Resources and Employment Relations. I’m from Lancaster, PA and am a huge sports fan.

Alright, how did you get involved with the OCF? 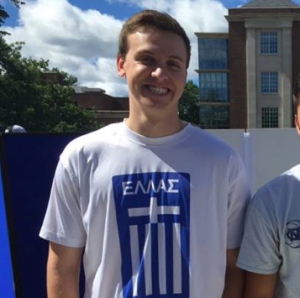 Growing up, I attended the Annunciation Lancaster Greek Orthodox Church, went to Camp Nazareth every year, and am an alumnus of CrossRoad. Coming to college, I knew I wanted to join OCF as soon as I could and got in touch with them the first week of school when I went to Liturgy. Since then, OCF has been my second family. In addition to being President, I have also served as Treasurer and Vice President for our OCF.

Coolest thing you’ve ever done with the OCF? Tell us a good story!

This one is tough. Our OCF has an annual fall cabin trip and an annual spring beach house service trip that are my favorite parts of each semester, but I want to talk about Pascha last spring because I think some of you might want to steal this idea. Normally, our parish eats in the church hall after the midnight Pascha service and our OCF maybe has 4-5 students who stick around in that crowded room and eat some cold food together. Last year we made that different.

We somehow discovered and excavated a mini OCF grill that no one had ever seen before from the church shed and got an idea. Mike Mavrides, my VP and best friend, went with me to Walmart the day before Easter to spend an immoderate amount of money on meats and cheeses. We spread the word and got people to chip in a couple dollars each for our Pascha feast.

After the midnight service on Pascha, Mike and I fired up the grill and went to work. I’ll never forget that meal. While the rest of the parish was inside eating, we were outside on the porch of Trinity House, the building next door that the church had purchased, grilling and jamming out to Greek music and hanging out.

Many of our OCF members went home for Easter, but we had about 20 who showed up that night and had a great time. I was most happy to see them having so much fun.

Unfortunately, Mike and I also had cleanup duty. We spent hours trying to clean out the grill and I had grease in my fingers for weeks. Despite this, I think it went really well and will be an OCF signature event for years to come. I’d suggest your OCFs try to provide similar events for members who stick around on campus during Pascha. It’ll be tons of fun, and who knows, you might just learn the legend of Snowball the Lamb.

And your advice for Chapter Presidents?

Be organized and surround yourself with the right people! It’s one thing to have elections be a popularity contest. It brings your OCF to a different level to have real leaders on that executive board who will make an impact. Combine that with excellent organization and communication and your OCF will provide the best experience possible for its members. But it really does take a team. There’s no way I would be able to execute the eight projects outlined in our 2016-17 OCF strategic plan the way my team of four has thus far. And if you need any tips, contact your District Student Leader or feel free to reach out to me and I’d love to help.