Home/Seminaries/Meet Our #GivingTuesday Partner 2016!
Previous Next 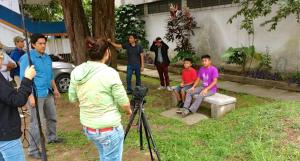 Madre Inés realized that children who had to leave these orphanages under her care at age 18 (in accordance with the civil law) needed higher education to prepare them to be productive citizens in society. So, she founded IEIRA, which offers these children hope and a future. 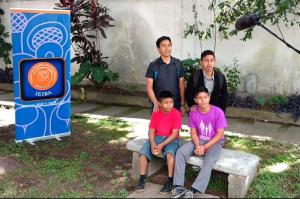 Carlos and Armando prepping with IEIRA students for future videos“Students at IEIRA can earn accredited degrees in the fields of education, agriculture, conflict resolution, history, and yes, even in scriptural study,” said Madre Inés. “These degrees can open to them a life of purpose and dignity, a life of selfless offering to the broader world.”

On Monday, November 29, 2016, 10% of whatever #GivingTuesday donors give to the Seminary will go toward scholarships for boys like Carlos and Armando at Hogar Raphael Ayau. Meet them via this video, and watch their story unfold as we present more videos in the future!